Is this really the end for Dov Charney? 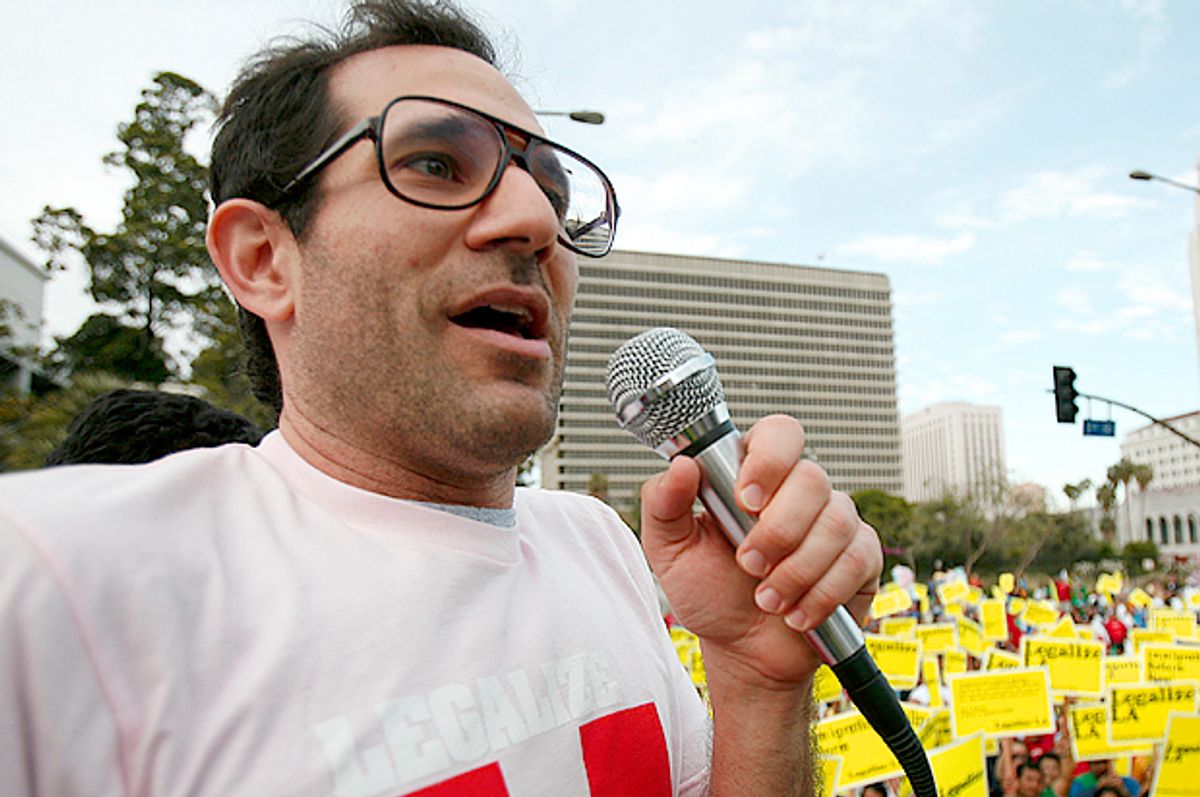 Breakups can be so messy. You say it's over, but you still wind up having to see each other all the time, and if it's been a long relationship, you have all these complicated ways in which your lives are entwined -- until finally one day you have to put your foot down and say, seriously, we cannot hang anymore. And Dov Charney, this is the day American Apparel has really and truly changed its relationship status with you. The company officially announced his firing and the hiring of a new CEO on Tuesday. It's been one hell of a long goodbye.

Back in June, American Apparel announced it had voted to replace the controversial, unfortunately spectacled company founder and had "notified him of its intent to terminate his employment as President and CEO for cause," saying that the move "grew out of an ongoing investigation into alleged misconduct." Charney, for his part, was apparently shocked at the move, and reportedly determined to "fight like hell" to hang on to the adult onesies-based brand he so lovingly built. And he did indeed launch a strategic counterattack, one that even briefly appeared to offer him "a shot" at wresting back control.

Yet this fall from grace had been over a decade in the making, thanks to a seemingly ceaseless litany of tales of Charney's reported penchant for overtly, often inappropriately sexual behavior. Ten years ago, he told a reporter, "I am a bit of a dirty guy" before he and a female employee proceeded to "put on a show" for the writer. He has faced multiple lawsuits for creating what has been described as a "sexually charged, hostile environment." Yet for years, the company seemed contentedly impervious to all the finger pointing, saying in a 2011 statement that a sexual harassment suit was "a fraudulent and malicious … racket to shake down the company and Mr. Charney."

In a letter published on BuzzFeed purporting to be Charney's June termination letter, among the reasons the company finally decided to part ways with its founder was that he was "aware of, but took no steps to prevent an employee under your direct supervision and control from creating and maintaining false, defamatory and impersonating blog posts about former American Apparel employees." (This appears to be a reference to an employee accused of posting nude photographs of Irene Morales, a former American Apparel employee who unsuccessfully sued Charney in 2011.) The letter also cites financial misconduct, including "using company assets to make substantial severance payments to protect you from personal liability." And of course, there's the unsurprising accusation that Charney "engaged in conduct that repeatedly put yourself in a position to be sued by numerous former employees for claims that include harassment, discrimination and assault."

It's likely the company is less concerned that its new CEO, Paula Schneider, who comes to American Apparel from senior management positions at BCBG Max Azria and Laundry by Shelli Segal, comes with the problematic reputation of "walking erection." Yet even now, would the retailer that not so long ago enthusiastically supported Charney be so willing to install a new leader if it was not also badly hurting financially? The company reports losses of $19.2 million in just the last quarter. And after Tuesday's announcement, a group of staff executives and managers sent a letter to the board declaring, "We were alarmed to learn of the board's decision today to not reintegrate Dov into a leadership role in the company. This decision was made without consulting even one of us regarding the impact it could have on the company, its employees and shareholders." What's a few lawsuits and an investigation that yields serious accusations of repeated and severe misconduct? And as for Charney himself, he insists this story is still not over. Some guys just can't take no for an answer. In a statement released this week, he says, "I'm proud of what I created at American Apparel and am confident that, as its largest shareholder, I will have a strong relationship with the company in the years ahead."