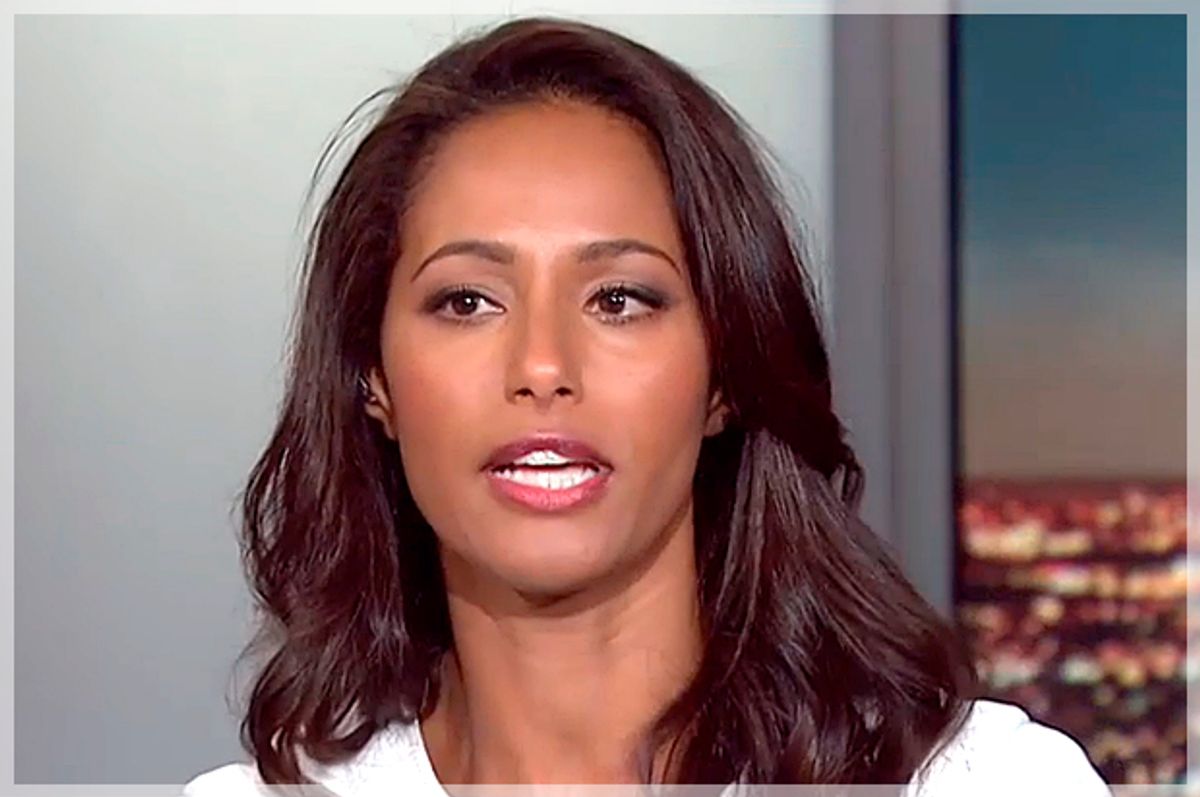 The release of the Senate Select Committee report on CIA torture of detainees has exposed America to great peril. But the danger of publication lies not in the threat of some sort of violent backlash from the Muslim world. The real peril is that Americans will dismiss the devastating revelations, falling into line with an official narrative that seeks to whitewash the practice of torture as the country drifts towards a complete moral collapse.

Fully half of the U.S. population believes torture can be justified in order to extract information from terror suspects, according to a New York Times poll published last Wednesday. In fact, the poll showed that Americans have become more accepting of torture than they were a decade ago. And that’s hardly surprising. The corporate media and political leadership overwhelmingly evade the reality of what torture involves and insist that the public trust their security services to act within the confines of the America’s laws and values.

This is not an America that can provide global leadership. But it is an America that’s true to itself. It’s a frightened America, terrorized since the 9/11 attacks into abandoning the values it claims to represent. If it has abrogated the rule of law, justice, transparency and accountability — and it appears it has — then, to put it crudely, the terrorists have won.

Suffering brutality at the hands of the state is a common Arab experience. At age 16, I was savagely beaten by Israeli police during a peaceful rally demanding equal rights in my city, Jerusalem. And I was one of the lucky ones.

Many of my teenage friends were arrested and subjected to beatings, sleep deprivation, cigarette burns, sexual harassment and rape threats as part of a security effort to suppress the unarmed Palestinian popular uprising known as the First Intifada. Yitzhak Rabin, then Israel’s defense minister, ordered his troops to break the arms and legs of Palestinian protesters.

Our experience was not unique. It was the generational story of many young men and women living under regimes around the Middle East, many backed by the U.S., that were so terrified of their own citizens that they unleashed their police and Mukhabarat secret services  to violently suppress dissent.

Amid the darkness all around us, America appeared as a shining city on the hill. It was a bastion of human rights and accountability where the rule of law protected citizens from the abuses we received from our local tyrants. At least, that’s the way it looked to the many thousands lining up in front of U.S. embassies around the world, hoping for the visa that would allow them to start a new life in a land of civil rights and opportunities.

But Arab youths who have come of age during the “war on terror” are unlikely to share my generation’s illusions about America’s commitment to human rights and accountability.

Americans were deliberately been left in the dark about much of what has been done in their names since 9/11. Tuesday’s release of the Senate inquiry into CIA torture reveals why. As one victim was told by his tormentor, according the report, “we can never let the world know what I have done to you.”

The world has known for some time, however, as accounts by detainees have been trickling out of America’s torture chambers for more than a decade. It was Americans who were kept in the dark until Senator Dianne Feinstein last Tuesday released a heavily redacted executive summary of some of the abuses perpetrated by U.S. security operatives since 9/11.

The report revealed the use of torture techniques familiar to those who have suffered at the hands of the Middle East’s security services. Of course, it’s also well known that the U.S. has outsourced some of this dirty work to those regimes through its “extraordinary rendition” program.

In one documented case, an Italian court in 2009 convicted 22 CIA operatives for abducting Imam Abu Omar on the streets of Milan and sending him to Egypt where he was tortured by local security operatives under the supervision of CIA agents.

The redacted parts of the Senate report include not only further accounts of grotesque torture methods, but also the record of U.S. torture-by-proxy through the regimes of allied dictators.

The CIA bears direct responsibility for committing the crimes outlined in the report. However, the U.S. political establishment is equally complicit for willfully turning a blind eye and accepting the morally corrupt and, as revealed by the report, utterly fallacious argument that the interrogations were necessary to save American lives.

As Senator John McCain, who was  a torture victim in the Vietnam war, noted: “I know from personal experience that the abuse of prisoners will produce more bad than good intelligence. I know that victims of torture will offer intentionally misleading information if they think their captors will believe it. I know they will say whatever they think their torturers want them to say if they believe it will stop their suffering.”

If the US’s use of torture has produced anything concrete, it is the thousands of violent extremists swarming destabilized regions of Syria, Iraq, Libya and elsewhere in the Middle East. Indeed, the most brutal leaders of Al-Qaeda. ISIS and other jihadist groups are veterans of torture chambers run by the US and its dictatorial Arab allies.

Among the most notable victims of torture was Sayeed Qutb, the founding father of modern political jihadism. His 1964 book, “Milestones,” describes a journey towards radicalization that included rape and torture, sometimes with dogs, in an Egyptian prison. He left jail burning with the determination to wage transnational jihad to destroy these regimes and their backers, calling for war against all those who used these methods against Muslims. Then-President Gamal Abdel Nasser had Qutb hanged, but “Milestones” remains one of the Arab world’s most influential books. Indeed, it was the lodestar of Al Qaeda leaders like Ayman Al-Zawahiri (who was also tortured in Egyptian jails) and the late Osama Bin Laden.

Violent sexual humiliation of captives has long been a signature of Egypt’s security services. Under the US-backed Mubarak regime, security services distributed videos in various Cairo neighborhoods of dissidents being raped in police stations. They hoped that the toxic sense of shame these would produce in the victim, his family and community would silence opposition. Mothers and sisters were raped in front of detainees in order to get information or to crush an entire neighborhood and the community into submission.

Some of the horrors described in the Senate torture report make clear that the U.S. was adopting the same tactics by sexually shaming captives, and that it often rendered them to Egypt and other repressive Middle Eastern regimes for torture.

While Arab democrats were asking the United States to pressure their governments to reform and condemn the human rights violations by their dictators, the George W. Bush administration outsourced torture to some of those same regimes. Is it any wonder the dictators never took seriously the tepid US calls for political change?

“Americans are strange,” Omar Suleiman, the feared and widely reviled head of Mubarak’s security services used to say. “During the day they ask you to reform and at night they ask you to crush threats by any means.”

To restore America’s democracy and its standing in the world, it is essential that the perpetrators are held legally accountable. Those who engaged in torture and the high-level political leaders who gave the orders and provided the political cover must be prosecuted. This includes figures like John C. Yoo, who was somehow granted an academic sinecure of the University of California-Berkeley’s Boalt Hall School of Law despite having authored key legal documents authorizing torture while serving in the Bush administration’s Department of Justice.

Fear that the torture report will be used for extremist propaganda or recruitment is misplaced and baseless. The torture itself has already been known for years. ISIS  and Al-Qaeda don’t recruit by citing passages from the Quran. They use videos of U.S. military atrocities and the accounts of abuse and torture inside CIA black sites like Guantánamo, Abu Ghraib and Camp Bucca — accounts delivered by the victims themselves.

Those pundits and politicians who justify the atrocities outlined in the Senate torture report are not only fueling the flames of radicalism, they are driving America towards moral suicide.

To close this nightmarish chapter, justice will have to be done, and be seen done. The whole world is watching.