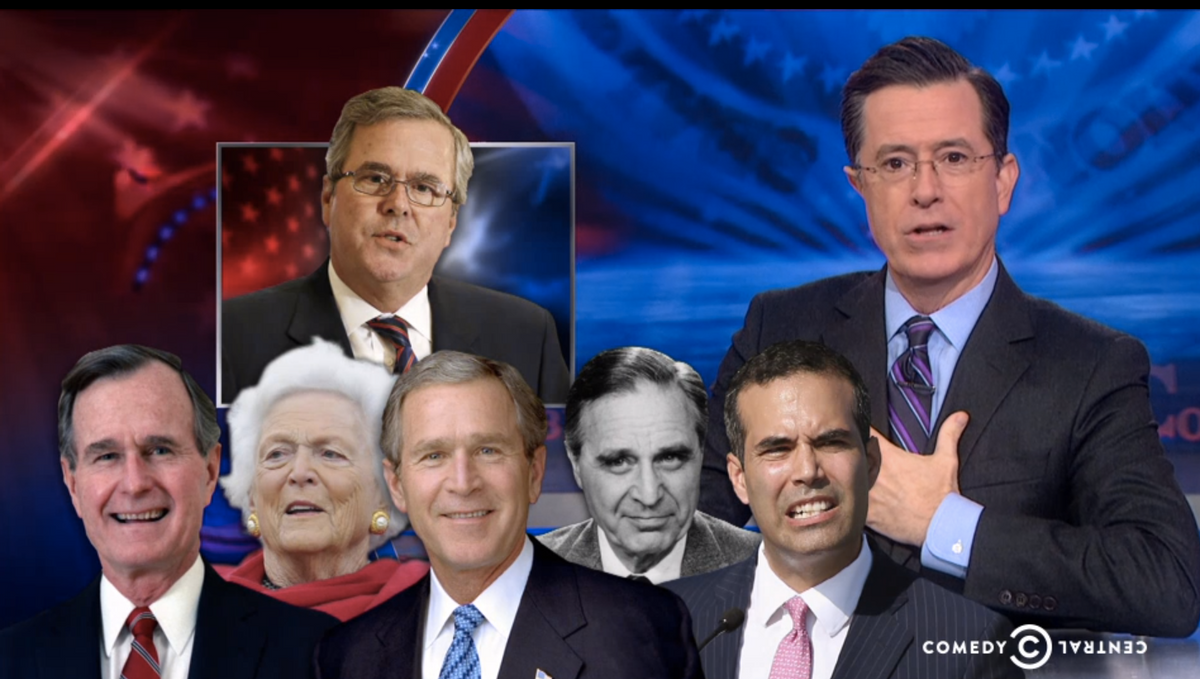 Last night Stephen Colbert lamented that with only two "Colbert Report" shows left, he will not be able to cover the 2016 election. Lucky for Colbert, 2016 has arrived early: Potential presidential-hopeful Jeb Bush announced via Twitter that he is officially exploring a run for president.

Watch the full reaction below: