Hey, Sony and CBC, you can't just undo your actions 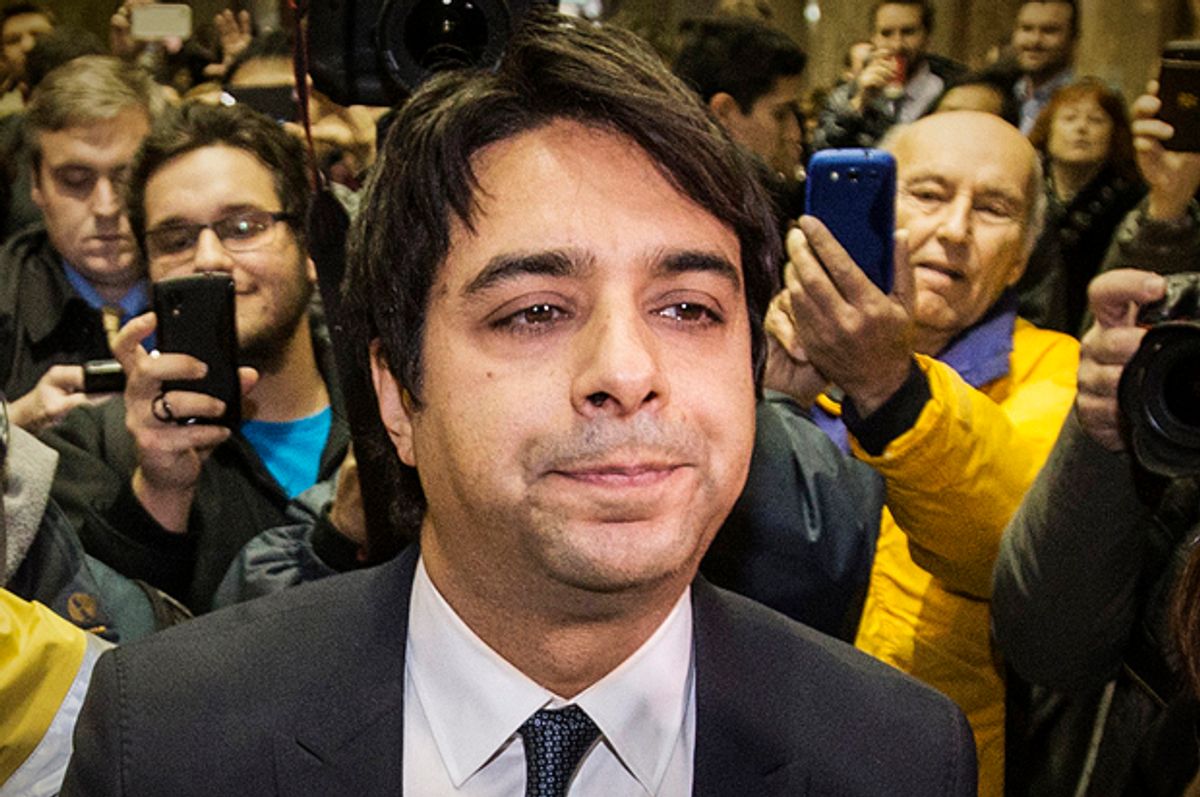 Let's just pretend this never happened. In a week that also fittingly brought us the holiday edition of the grimly dystopian hit "Black Mirror," Sony Pictures abruptly yanked one of its major holiday movies and the CBC announced it was "in the process" of removing its disgraced former radio host Jian Ghomeshi's old interviews. Where's that "undo" button on life, eh? Both companies had different motivations, but both have received similar reactions from audiences: a mostly ticked off frustration at a remarkably clumsy response to some very serious issues.

Sony's outright indefinite suspension of its Seth Rogen and James Franco comedy "The Interview" comes swiftly on the heels of several theater chains announcing their decision to delay the film's scheduled Christmas release. Unsurprising, given the recent massive studio hacking and a 9/11-referencing threat to "those who seek fun in terror." But while it's one thing for an individual theater to make an independent choice regarding the safety of its patrons, when future generations look back at the time a comedy about assassinating Kim Jong-un did not open because an American movie studio was scared of Kim Jong-un, it will not go down as a great moment for liberty. When fear appears to have been a factor in another studio's choice to not move forward on a North Korea-set Steve Carell vehicle, that's just pathetic. Or, as "The Interview" costar Rob Lowe put it Wednesday, "The hackers won. An utter and complete victory for them."

And while the CBC's choice to remove almost of all of Jian Ghomeshi's interviews didn't come from a similar fear of retaliation, it did, however, reflect a similarly poor method of dealing with admittedly difficult moral choices. Earlier this week, the CBC took on the issue of how to look at a person's body of work in the light of uncomfortable revelations about his non-professional life, citing the shifting legacy of Bill Cosby. The network then also acknowledged former "Q" host Ghomeshi, who was fired in October and was arrested and charged with four counts of sexual assault last month, in the wake of numerous allegations of abuse. And it announced that it was taking "the lion’s share" of Ghomeshi's interviews offline from its various platforms, including YouTube, "very soon." CBC media relations chief Chuck Thompson told the Star this week, "There is no obvious right or wrong approach here. We’ve been giving this a lot of careful consideration over the last few weeks and want to give the program every opportunity to be as unencumbered as possible while some very creative people reimagine Q’s future."

I was a guest on Ghomeshi's "Q" multiple times, and no, I don't feel any of our conversations are of any particular enduring value. But as someone who's had a relationship with several CBC programs spanning the past several years, permit me to add my voice to the chorus of disappointment at this inane, cowardly move. You are as a network legitimately wrestling with the ethics of what to do with the output of someone who was in your employ for a dozen years, who apparently leveraged that platform to do bad things? That, I get. How do you, as a business, make that right, and show you do not condone this person? That's a challenge. But you say you're motivated by a desire to be "unencumbered" and "reimagine" your future? Then bite me. See, the thing is, you're also supposed to be about journalism, CBC. That means preserving the truth, even hard, ugly truth that doesn't make you look too good. It means taking responsibility. It's not like a TV network deciding not to air reruns of "The Cosby Show," or even deploying your own CBC policy of regularly moving out older material. This is about your own history, and your part in it. To remove it isn't reimagining your future, it's reimagining your past. And that's just gutless and dumb.