"The Colbert Report" ends tonight. Here's a look back at the lessons we've learned 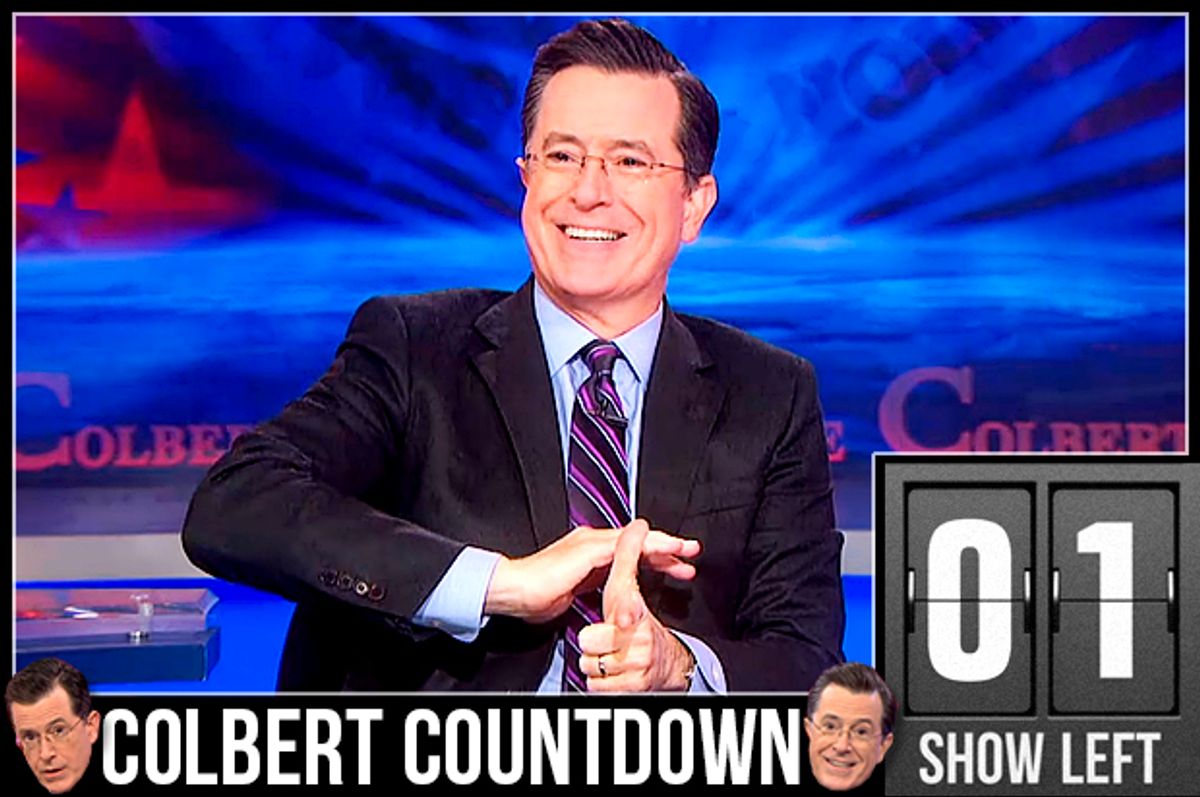 Tonight, "The Colbert Report" wraps a spectacular nine-year run that featured not just brilliant satirical dissections of current events, but also countless valuable lessons. It elucidated the role of Super PACs, shed light on the nitty gritty of congressional districts and provided the perfect counterpoint to the dead-serious bombast of cable news. Here's what we've learned over the years:

In the very first episode of "The Colbert Report," Stephen Colbert made a lasting impact on the American lexicon, by introducing for the first time the neologism "truthiness." Named word of the year by both the American Dialect Society and Merriam-Webster (in 2005 and 2006 respectively), Colbert immediately lampooned American's willingness to trust "gut feelings" and ignore facts.

He even took this message of truthiness all the way to the White House Correspondents dinner:

"Better Know a District" was consistently one of the best segments from "The Colbert Report." Not only has it highlighted individual members of Congress -- with some humorous and pointed questions -- but it also explains what a district even is. The term "Congress" can oftentimes be unintentionally homogenizing. With "Better Know a District" we learn about the individuals who make up the House of Representatives. (They are also, often, great foils to Colbert.)

Who better to fully explain the intricacies of Super PACs than Stephen Colbert and Jon Stewart?

Nobody! That's who. (They even won a Peabody award for their effort!)

Stephen Colbert actually testified in Congress about his day in the field as a migrant farm worker, and brought a good deal of press to this important issue.

The plight of independent bookstores:

His dustup with Amazon brought substantial awareness to first-time authors and independent bookstores. He also brought power to a cause, and that cause was, "Hey read a new novel, and buy it from somewhere other than an online-superstore!" Pretty impressive.

It may seem like an understatement, but Stephen Colbert and "The Colbert Report" brought new life to elections and encouraged young people to vote.