Community Discussion: Can we do without fracking?

New York has banned fracking. Was that for the best? 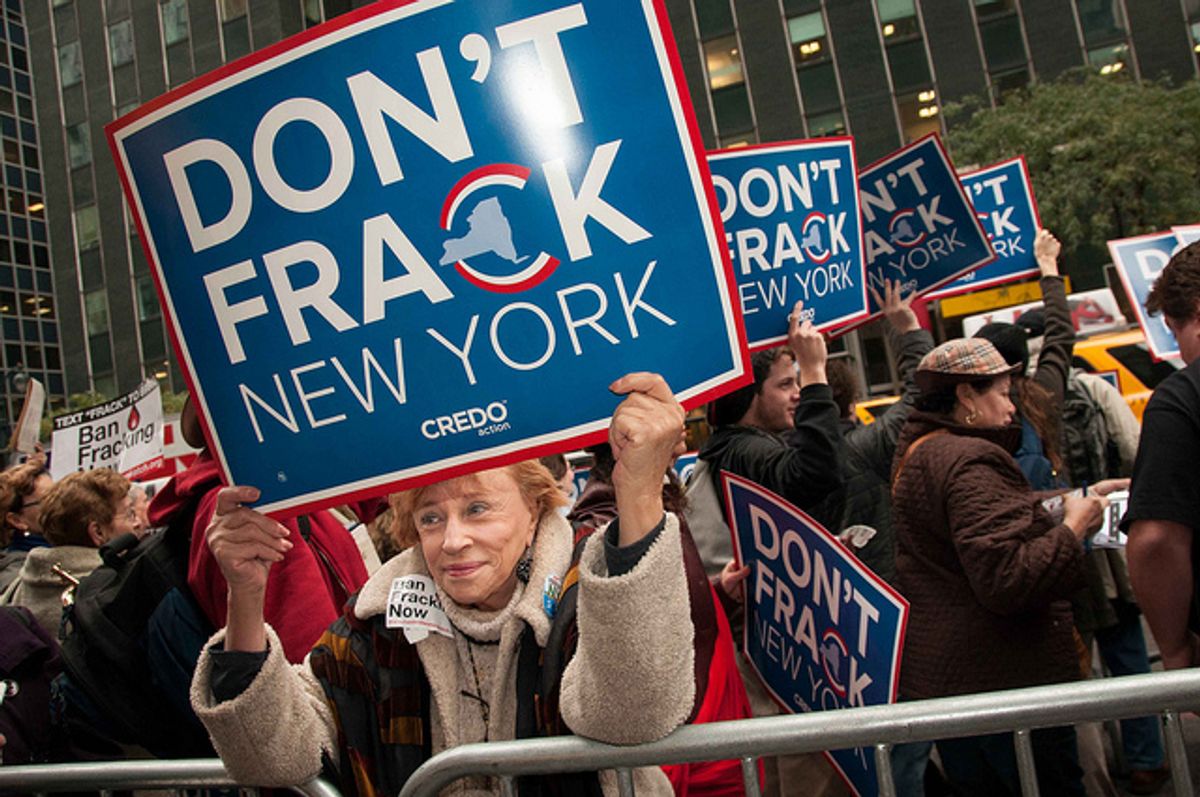 On Wednesday, Governor Andrew Cuomo banned fracking in New York, citing a new report on its risks to the environment and human health. Grassroots activists celebrated and vowed to press for bans in others states. But was this the best outcome? Could New York be making a mistake?

There does remain a case that is made for fracking. Natural gas produces less CO2 than any other fossil fuel and is also far cleaner, particularly compared with coal. Coal mining is far dirtier than fracking and coal burning releases deadly particulate matter. The United States -- and the world -- remains heavily dependent on coal and oil for power generation and reducing its use, by the fastest means available, should be our priority. The problems associated with fracking, such as leakages of pollutants in the water and methane into the air, are the result of inconsistent and poorly-enforced regulations. These are problems to solved, not to block through local bans. Natural gas should be phased out eventually, but given the problems integrating decentralized renewables like solar and wind into national power grids, their inconsistency and still relatively high costs, gas can serve as a "bridging fuel", a way to begin reducing carbon immediately and maintain consistent energy output while we transition to a low-carbon energy solution.

On the other side of the coin, it seems increasingly urgent that we stop burning all fossil fuels -- definitely including natural gas. The latest IPCC recommendation is to phase out fossil fuels almost entirely by 2100 to avoid catastrophic warming. To keep warming below 2 degree Celsius we may need to reduce carbon emissions to as little as 10% of the 2010 output, and to start deriving 80% of our power from low-carbon sources by 2050. To get this done there's no way around it -- we're going to have to leave gas in the ground. In addition, methane is a far more potent greenhouse gas than CO2, and prodigious amounts of it leak during fracking and during end use. We shouldn't trust that government regulations and industry engineering are going to reduce the costs associated with extraction; the real problem is that the gas is being used at all.

Where do you stand on this issue? Does natural gas, and therefore fracking, have a role to play in solving the problems of climate change? Can fracking be made safe? Or are the risks too great and the costs too high? Take our poll below, and let us know your own reasoning in the comments!