Craig Ferguson was my sober guiding light: How the "Late Late Show" host made me want to stop drinking

He's been open about his own struggle with alcoholism and depression. And no late night host has influenced me more 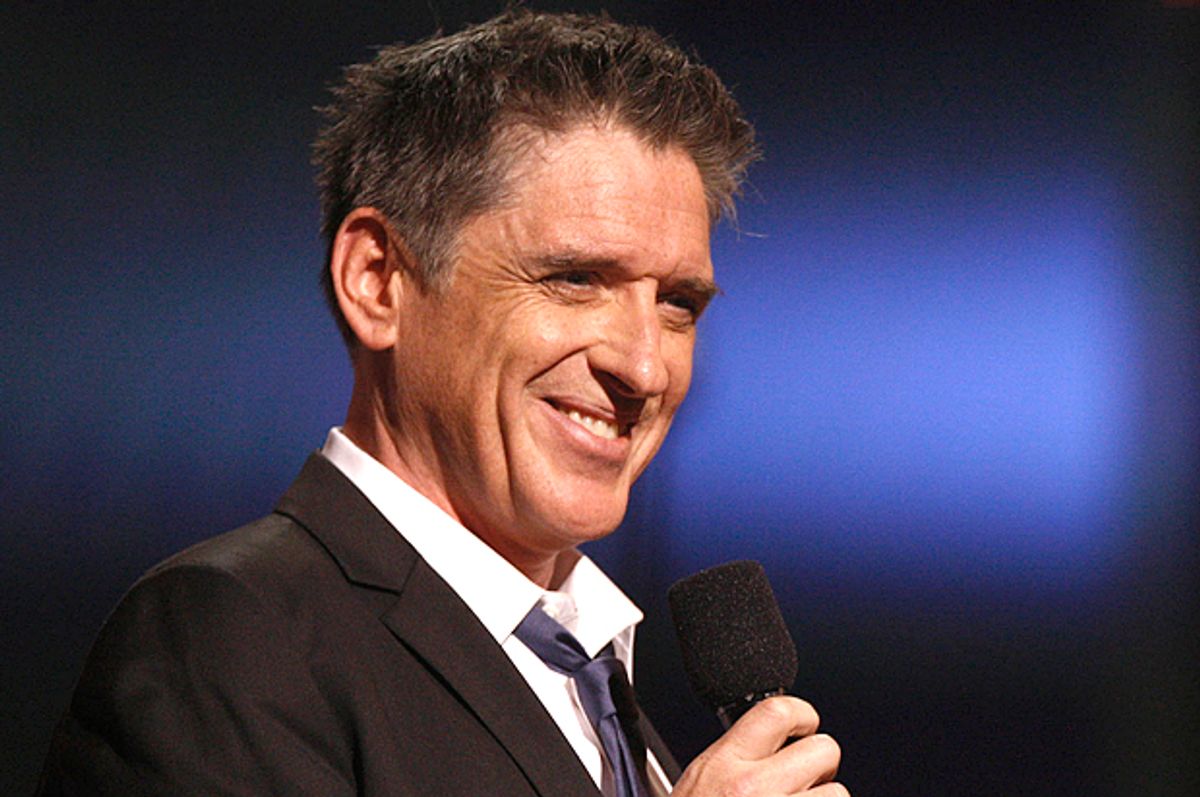 Someone — I’m not sure who and maybe it was your aunt — has always told you that nothing good ever happens after midnight.  We all hear it at one time or another.  And, as a man who needed to give up drinking and partying a long time ago, I’ve tried to take comfort in that familiar adage on the rare but disconcerting occasion when my preference for a tamer lifestyle has felt a little more like a preference for a lamer lifestyle. Wait, I’m still in my 30s! Shouldn’t I be going out more? Meh, nah.  Nothing good ever happens after midnight …

Unfortunately, though, as anyone with memories of some spectacular nights on the town will tell you, that little pearl of wisdom isn’t always true. But what is in fact true is that something really good was happening after midnight for the last decade, and it made drinking and partying look like a waste of both time and human potential. Craig Ferguson — one of the brightest, kindest and most sincerely original talents in late night television — has been brilliantly rewriting the script for what it means to be fun and funny since taking over the "Late Late Show" in January 2005, roughly 13 years after he had his last drink, a fact he has willingly publicized. For most who have been watching, they know it’s been something special.

Not just ignoring the playbook for late night television, but rather blowing it up with the glimmering-eyed determination of a schoolboy lighting his first firecracker, Ferguson rejected house bands, human co-hosts and scripted questions for his guests.  He resisted gossip and pandering, and just said no to cheap shots. In all ways, he annihilated formula with a combination of whip-smart language, guillotine-sharp wit, and a steely fearlessness only found in those who have spent time clinging to shallow ledges and peering into deep abysses. And with it all, he felt unmistakably authentic — an authenticity that probably made some celebrity guests wriggle in their armchair, but only made me want to keep striving for self-improvement, and perhaps be a bit more like him.

Being sober isn’t easy, especially in a country and culture where we are so often cued — if not downright incentivized — not to be. Alcohol is everywhere and always, surrounding and unrelenting. So too, are its patrons and promoters, its champions and its fans. Whether it be in television, movies, music or sports, our hearts and minds are being cultivated with very few messages about drinking that don’t reinforce its appeal or normalize its use. This may surprise you, but I’m not necessarily complaining about that fact — for the majority of Americans, the omnipresence of alcohol feels unproblematic, the ubiquity of fluidity barely even registers. For someone whose well-being depends on not partaking, however, a survey of the cultural landscape can sometimes yield the disquieting feeling of being a stranger in a strange land. But Craig Ferguson, vibrantly alive with comedic genius and contagious with warmth, has been a familiar face in the crowd and a landmark for locating my path.

To be clear, I’m not suggesting that I traded nights at the bars for nights on my couch with the "Late Late Show" as some sort of magic formula for recovery: just stay at home and watch the sober guy instead of going out and being the not sober guy.  No, that’s not it at all. It wasn’t some sort of swap, and as a working professional, the nights I have actually  been awake to watch Craig Ferguson in real time have been fewer and farther between with every passing year. It was more just knowing he was there — sometimes in my DVR, but sometimes just there. On TV. Even in the abstract and even when I wasn’t watching. Craig Ferguson was there — living a bold, conspicuous and flourishing life. He wasn’t missing out on the fun or life’s opportunities because he didn’t drink — he was the fun, he was seizing the opportunities, and he was excelling at living. It was reassuring and it was inspiring.

Thriving in recovery and making real the idea of possibility, Craig Ferguson has been someone I could point to, even if the pointing was only in my head, part of a keynote address to the faces of doubt and voices of fear that can gather, uninvited, faster than a flash mob. That guy is like me and look how amazing he is! He’s the smartest, funniest, most genuine guy in the room! The stigma of addiction has a hard time grabbing hold of me when I consider everything he’s done and, though I suspect it probably wasn’t high on his list of to-do’s, he’s been an unassuming role model for me, and likely countless others. In public life, these individuals appear in limited quantities.

If you’ve never seen his epic monologue from 2007 — the one where he poignantly, elegantly and hilariously discussed his own heart-rending struggles with alcoholism and depression to explain why he wasn’t going to lampoon Britney Spears for her recent meltdown — I encourage you to do so. I’m not saying it’s the bravest, most candid and darkly humorous monologue ever delivered on broadcast television, but I’m also not saying it isn’t. In any event, I never forgot it. While his run on the "Late Late Show" ends this week, Craig Ferguson won’t be leaving our screens for long, as he reportedly has a new prime-time talk show in development for 2016. I know I’ll be watching, whether it’s after midnight or not.