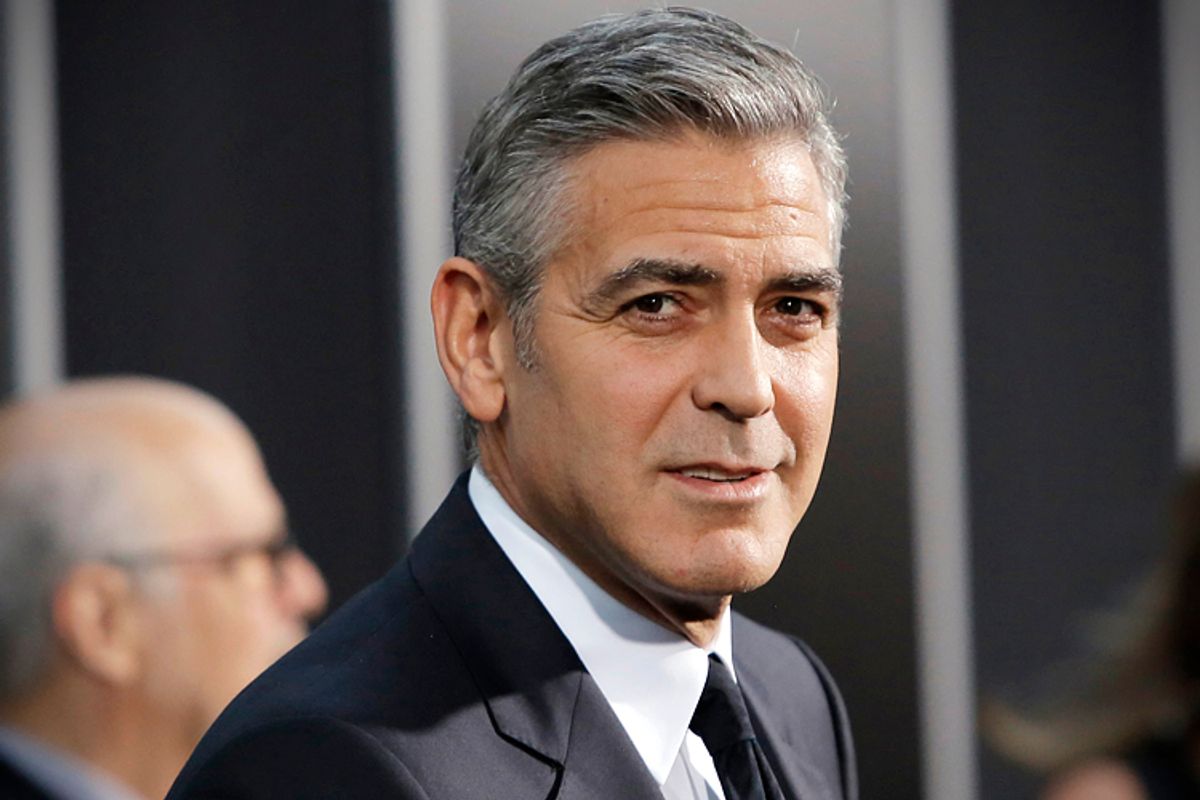 When the world is a dark and stupid "Colbert Report"-free place, George Clooney steps up to show us the light again. In a sharp, eminently reasonable Thursday conversation with Deadline, he gives one of the most clear-eyed views of the Sony debacle yet told. And he reveals his own unsuccessful effort to show support for the doomed release of "The Interview."

Clooney, a Hollywood veteran and the son of veteran newsman Nick Clooney, knows how these things work, from all angles. And as he puts it, "Sony didn’t pull the movie because they were scared; they pulled the movie because all the theaters said they were not going to run it. And they said they were not going to run it because they talked to their lawyers and those lawyers said if somebody dies in one of these, then you’re going to be responsible." It's a cool-eyed way of looking at Sony's choice, and one that makes sense. The risk Sony likely saw -- while facing terror threats and an already breathtaking financial loss -- was to its own bottom line, even while, as Clooney explains, "The hacking is terrible because of the damage they did to all those people. Their medical records, that is a horrible thing, their Social Security numbers."

Clooney also opens up about the petition he and his CAA agent Bryan Lourd circulated around to "a fairly large number" of prominent individuals in the industry, one that declared, "We fully support Sony’s decision not to submit to these hackers’ demands. We know that to give in to these criminals now will open the door for any group that would threaten freedom of expression, privacy and personal liberty." Yet the letter was dead on arrival because, he says, "Nobody wanted to be the first to sign on." And in contrast to Aaron Sorkin's blame-riddled, self-congratulatory recent Op-Ed in which he asserted that "Every news outlet that did the bidding of the Guardians of Peace is morally treasonous and spectacularly dishonorable," Clooney admits, "I understand that someone looks at a story with famous people in it and you want to put it out. OK. It’s a drag, and it’s lame. But there’s not much you can do about it…. The problem is that what happened was, while all of that was going on; there was a huge news story that no one was really tracking. They were just enjoying all the salacious sh*t instead of saying, 'Wait a minute, is this really North Korea? And if it is, are we really going to bow to that?'"

What Clooney understands – and articulates so aptly – is that while "It’s all new territory and nobody knows how to handle it," the response to this kind of thing when it inevitably happens the next time has got to be braver and smarter. " With the First Amendment, you’re never protecting Jefferson; it’s usually protecting some guy who’s burning a flag or doing something stupid," he says. "Do whatever you can to get this movie out. Not because everybody has to see the movie, but because I’m not going to be told we can’t see the movie. That’s the most important part. We cannot be told we can’t see something by Kim Jong-un, of all f*cking people."