Streep shines, Depp disappoints: Ranking the star-studded vocal performances of "Into the Woods" 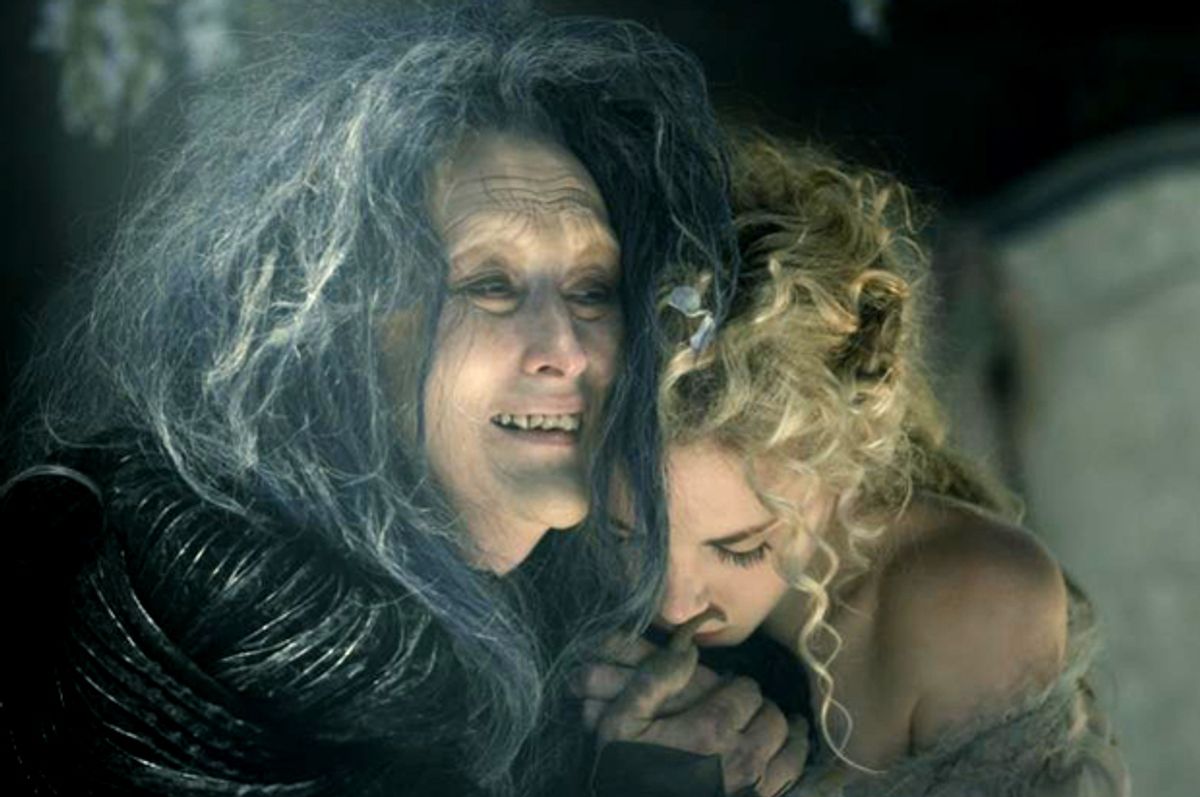 Rob Marshall’s long-awaited adaptation of Stephen Sondheim and James Lapine’s 1987 classic “Into the Woods” is stacked with boldface names. While we’ve seen some of them sing on-screen before (Meryl Streep, Anna Kendrick), other performances took us by surprise (Emily Blunt, Chris Pine). The movie doesn’t come out until Christmas, but you can already listen to the soundtrack on Spotify, so we’ve taken the liberty of ranking the musical performances for you.

Depp has a teensy role, which might be a surprise to some considering how prominently he was featured in the trailers. He certainly looks great as a sort of Burton-esque pedophile drag-wolf, but he really seems like he’s phoning it in with his one musical number. (The pedophilia theme of the song is also extra creepy considering how young the actress playing Red Riding Hood is).

The future “Late Late Show” show host is very charismatic, imbuing the low-key baker role with a sweet, disarming charm, but there’s a reason they don’t give Corden any solo numbers — when he does sing, his voice is dwarfed by his female costars (that said, Fallon will certainly have a rival when it comes to late-night musical segments).

Just like her turn as Mary Sunshine in “Chicago,” Baranski steals the show with a very small role as the wicked stepmother, and seeing her ham it up gloriously as she lops off bits of her daughter's feet in “Careful My Toe” is a reminder of why we can’t get enough of Baranski. In fact, we wish she'd had a little more to do.

4. Anna Kendrick, "On the Steps of the Palace"

Kendrick probably has the most classically impressive voice of anyone in the film, and she is as winsome as ever, bringing her trademark spark to what could have been a pretty meh character. Her vocal performance in “On the Steps of the Palace,” which she sings while suspended in time, is particularly lovely (although we still prefer “Cups”).

I, for one, had no idea that Pine could sing, so this was really a delight. The “Star Trek” star’s duet with Billy Magnussen as they try to one-up one another as they sing about their relationship drama is one of the film’s most campy, enjoyable numbers, and Pine’s smug, preening Prince deservedly garnered some of the film’s biggest laughs. Captain Kirk, be damned -- this is Pine at his most Shatneresque.

2. Emily Blunt: "Moments in the Woods"

I tend to mentally typecast Blunt as cool and prickly — I’ve probably seen “Devil Wears Prada” too many times — but here, as a woman yearning for a child, she really is the emotional core of the film. Her performance is easily the film's most three-dimensional, and she manages to make the character shrewd and sharp-witted, sensitive and soulful all at once. She sounds great, too: Not only does she hold her own against Anna Kendrick in their lovely duet, "A Very Nice Prince," she hits every shifting emotional and musical note in her solo “Moments in the Woods,” one of Sondheim’s trickiest songs.

No surprises here: Streep steals the show in this fun, showy part (It makes us think how much more fun "Mamma Mia" would have been if Donna had frizzy blue hair and scraggly witch teeth). Her witch is a tour-de-force of capital "A" Acting, in a good way (or capital "W" Witching, if you like) and each of her songs hits a different emotional register, shifting expertly from cackling malice to mournful lament. Her “Witch’s Rap” in the prologue is the most fun I’ve ever had listening to a long list of vegetables, while her heart-wrenching ballad of motherly love “Stay With Me” drives home the theme of parental loss that runs throughout the film. Her final number, “Last Midnight,” is the ultimate showstopper, a triumphant and powerful “I told you so.”