Inside the "furries" craze: Why animal suits are the perfect fetish for our times

In a culture of cat memes and role-playing games, it's no shock that some people think their true form isn't human 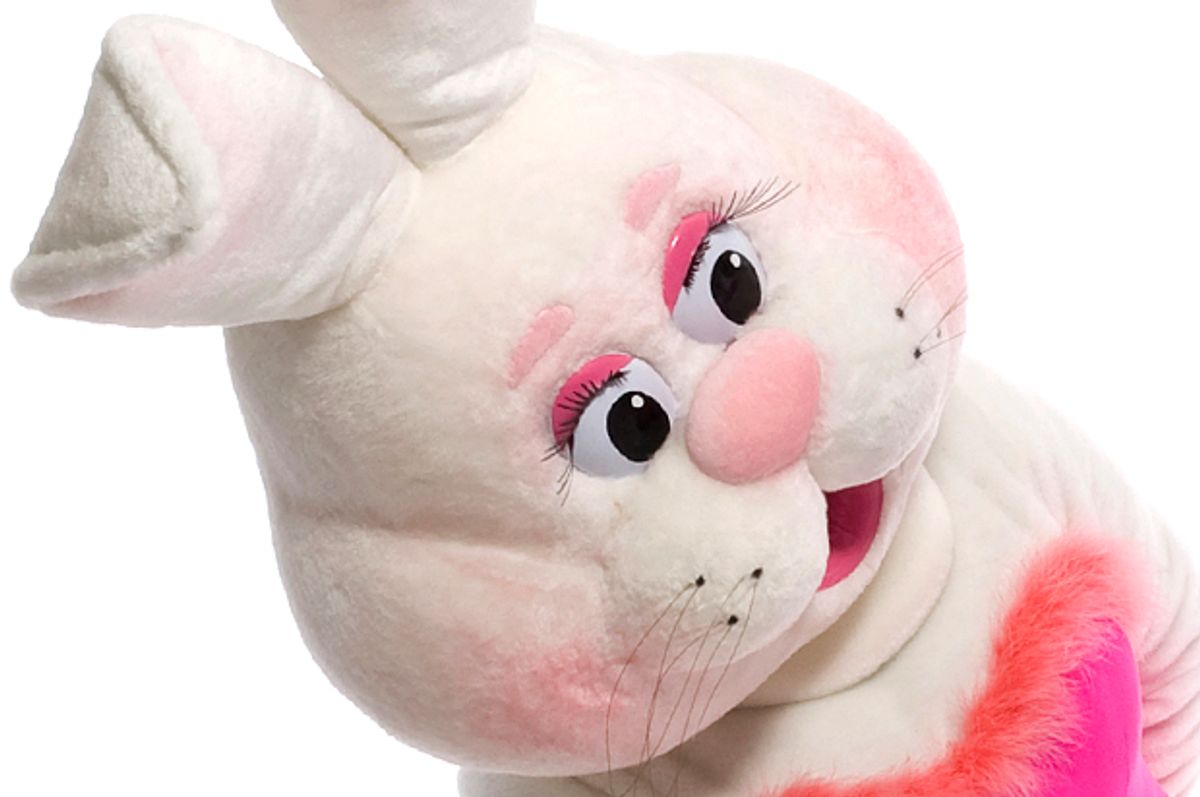 Recently on live TV, "Morning Joe" host Mika Brzezinski cracked up when she learned that some educated, employed adults enjoy dressing up in animal costumes called “fursuits.” For some, being a “furry” is a kink. For others, it’s a G-rated kick. Either way, Mika might have remained blissfully ignorant of this diverse sub-community were it not for the fact that someone deliberately spilled powdered chlorine to disrupt the annual Midwest FurFest at the Hyatt Regency O’Hare. Nineteen people went to the hospital. Not a laughing matter. But the absurdity of seeing dozens of furries standing around in the Chicagoland cold, their fake-fur tails sticking out from ballroom gowns and coats, was just too much for Mika. She ran off the set with a severe case of the church giggles.

Suddenly, furries are everywhere, and not just on the news. Last Friday, my friend Scott Briggs, an architect who takes the New Jersey Transit daily to work in New York City, found himself sitting next to a man dressed in a shaggy fake-fur coat and a mascot dog head. In Wisconsin, a real French poodle is being walked every day by a woman dressed in full regalia as Bumble, the Abominable Snowman. In Canada, this drunk zebra walked into an apartment, and it wasn’t the opening line to a joke. It wouldn’t have been a crime, either, except the zebra had walked into someone else’s home, and wouldn’t leave when asked nicely. Because the universe has a sense of humor, the combative drunk wearing the zebra costume was named Marshall Mann (“martial man”).

What does it mean to be a furry? In 2001, George Gurley wrote a provocative piece for Vanity Fair on the pursuit of life and love as a furry, explaining that “it’s sex; it’s religion; it’s a whole new way of life.” He provided a lexicon of furry terminology, including “scritching” (grooming another’s fur), “yiffing” (mating), and “fur pile” (orgy). These activities popped up on millions on television screens when “Fur and Loathing,” a 2003 episode of “CSI: Las Vegas” -- then the most popular show on network television – focused on the murder of a man in a raccoon fursuit who was attending a fictionalized furry convention.

Both Gurley and “Fur and Loathing” focused on the most titillating aspect of furry subculture: sex. Some furries fixate on the fur itself, others are attracted to stuffed animals, and still others embrace the kind of guiltless promiscuity they associate with animals. In an email to me, Jesse Bering, author of the immensely pleasurable book, "Perv: The Sexual Deviant in All of Us," writes:

Clearly it's a harmless form of sexual expression. It disturbs because it's foreign to most of us. But if there's a developmental context to this, as there appears to be with most fetishes or full-blown paraphilias, perhaps more of us have long-buried secrets about our childhood stuffed animals than we'd care to admit.

For some, becoming a furry offers a safe and liberating way to explore sexual identities, especially for marginalized individuals who might be sexually confused, neuro-atypical, physically disabled, or simply uncomfortable in their own skin. As one academic researcher speculated, the “fursona” may be understood as a “unique and subversive response to western sexual repression,” or as a way to challenge social norms that determine acceptable configurations of sex, gender and bodies.

Still, for the vast majority of people who attend FurFests, neither kinky nor subversive sex is anywhere on the program. Furries just strongly identify with animals, and seek refuge in the innocence represented by the emblems of childhood. Given all the animal avatars on the Internet, the popularity of role-playing games, the ubiquity of pet parents and the dominance of the cat meme, is it really so strange that growing numbers of humans think that their true form – their soul – is, say, a warrior cat, and their hominid form is the mask?

Since the beginning of the 21st century, the furry kingdom has been growing rapidly. Though the full history of furry fandom has yet to be written, it is generally understood that FurFests carved off in the ’80s from the much larger cosplay (“costume play”) phenomenon and its mother ship, Comic-Con. For years, mainstream consumers have been basking in the goodness that is furry lite, a trend that includes onesies for adults, otherwise known as “cosplay PJs.” The most charming versions come by way of Japan. Called “kigurumi,” these pajamas turn the lucky wearers into magical creatures such as a red panda, a blue unicorn, Pikachu, or Totoro. (Seriously, what human wouldn’t want to wear winged owl footie jamjams around the house?)

At its core, the impulse to adopt a “fursona” is utopic, for these nursery-rhyme versions of animal identities instantly erase race, class, age, weight and gender, and temporarily deprive painful social constructs such as whiteness and blackness of their power. Hence, when the CSI team tries to question “Sexy Kitty” because she is Blue (she’s wearing a blue kitty fursuit and a bikini to cover her cat lady bits), she complains, “This is racial profiling!” When the cat head comes off, “she” turns out to be Stanford, Carrie’s gay husband on “Sex and the City.”

As a form of escapism, the furry way of life is already here. When the fractiousness of daily life seems too much to bear, we instantly summon Grumpy Cat or scroll down one of BuzzFeed’s many lists of anthropomorphic animals. By turning yourself into a furry, you can ditch Fluffy the Poop Machine and Ted the Foul-Mouthed Bear, and soothe yourself. It may just be the case that furries are proudly embracing what most of us are too chicken to admit -- that we all imagine returning to a kind of animal state, a state that is neither degraded nor juvenile but innocent and full of possibilities. The difference is that furries know that the suit is an escape.

Paula Young Lee is the author of several books about hunting, most recently "Game: A Global History" (2013); "The Hunter's Haunch" (2014); and the memoir “Deer Hunting in Paris,” which won the 2014 Travel Book Award of the Society of American Travel Writers. Follow her on Twitter @paulayounglee.