NBA's socialist revolution: How a new plan could radicalize the league -- and America

As some imagine a pro basketball league without owners, the ramifications for the U.S. economy could be enormous 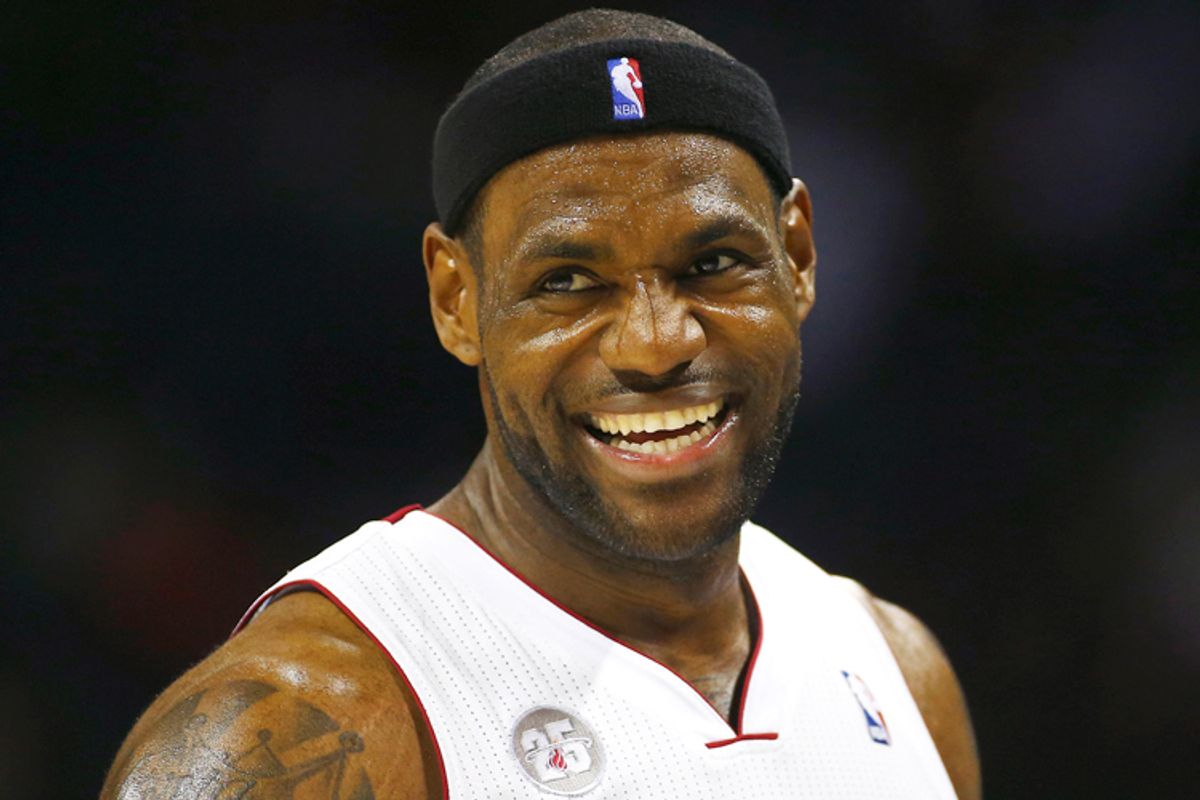 A specter is haunting the NBA -- the specter of socialism. The league already has in place a redistributive model, with wealthy teams paying taxes to help bankroll small-market franchises. But recently, Michele Roberts, the new Players’ Association executive director, issued a bold opening salvo in her early tenure, speaking in terms that can only be described as Marxist and asserting the singular value of the players. “NBA Owners Expendable,” ran an ESPN headline in response to Roberts’ remarks. A leading voice on the sports network wondered if Roberts was leading the players toward the previously unthinkable: a player-owned league. Such a development would be the most bold experiment in socialism in decades, at least.

After years of negotiating, the NBA’s economy now resembles a standard postwar Keynesian national model, with a familiar four-bracket marginal progressive tax structure used to redistribute revenue to smaller teams. It’s plainly clear in a sports league, if not in a nation, that systems seize and break down when inequality reaches untenable levels. For all our disagreement on such matters at the polls, Americans like the result of rigidly redistributive sports economies. In the NFL, the nation’s most popular league, nearly 61 percent of total revenue is collected and redistributed about the league, maintaining the relative parity that fans demand. All three big U.S. professional sports leagues have adopted redistributive practices. Even fans of the NBA’s coastal goliaths know--if deep, deep down--that Milwaukee has to have a chance to be champion. For all her conservative currency, Ayn Rand’s ideological absurdity would have been readily apparent were she to have written a sports novel where a dynastic New York team wins 34 trophies in a row. Americans do, in fact, like redistribution.

But if the NBA currently operates according to a sort of Keynesian, redistributive model, Roberts has provoked an imagination of a socialistic league, a revolutionary model that is, strictly speaking, non-capitalist. (It is socialistic in the broad sense of the term, not in the way it gets used to describe welfare-state models, which are, in the final analysis, mostly capitalist economies with socialistic salves to grease the gears, smooth out cyclical troughs and ward off unrest.)

“Why don't we have the owners play half the games?” challenged Roberts when asked about the roughly 50-50 revenue split among players and owners. A Marxist truism now becomes a joke when considered in the case of the NBA; it’s the workers who create the value, not the owners. So while, say, the Koch brothers might appear necessary to the functioning of Koch Industries, NBA owners’ complete and total lack of hoops skill lays bare their superfluousness. No one wants to hear “And starting at power forward ... Donaaaald Sterrrrrliiiing!”

Roberts drives the point home: “There would be no money if not for the players ... There. Would. Be. No. Money.” Owners are expendable, she suggests: “Thirty more owners can come in, and nothing will change. These guys [the players] go? The game will change. So let's stop pretending.”

Worker-owned businesses are fairly rare, especially wholly owned, large entities. But a trend toward the model has accompanied a changing attitude toward capitalism, writes University of Maryland professor Gar Alperovitz in the New York Times. “We may, in fact, be moving toward a hybrid system,” Alperovitz writes, “something different from both traditional capitalism and socialism.” This third way, first attempted on a large scale by Sweden during the height of its radicalism in the 1970s, might well find a foothold in the wake of the Occupy movement. The Swedish experiment was never permitted to play out; corporate capitalism and nascent neoliberalism were set to dominate for the next few decades, and Sweden’s plan might not have been birthed at the right historical moment. But Occupy brought to public attention the non-hierarchical, participatory, democratic structures that had been incubated on the left during the last several decades of capitalist triumph and communism’s defeat. Many on the left, unsatisfied with what they saw as a false choice between failed models of state socialism and corporate capitalism, explored this third way, neither capitalist nor socialist in their traditional senses. Stepping out into the vacuum of ideas in the wake of the 2007-08 economic crisis and Great Recession, Occupy was a sort of coming-out party for this leftist thought. Following Argentina’s own economic disaster in 2001, the fábricas recuperadas movement in Argentina, documented by Naomi Klein and husband Avi Lewis in their 2004 documentary "The Take," demonstrated the surprising ease with which workers can supplant capitalist ownership and management.

But the fábricas recuperadas and Occupy movements are not the NBA. An anti- or post-capitalist move by the NBA would bring revolutionary ideas into living rooms, sports bars and playgrounds across the country. It is conceivable that such a remedy for the league might rouse the imagination of Paul family libertarians, Bernie Sanders-wing progressives, and many in the great swath in between. “Why can’t we all own where we work?” Americans might start to ask. Would not a democratic people begin to chafe at democracy’s antithesis in the workplace?

The eventual effects of that simple notion might do much to cure our current, stubborn ills, both economic and political. Imagine a Koch brothers-less Koch Industries, where employee ownership eliminated that concentration of wealth and influence. Wall Street, allegedly a scene of distributed ownership, is, of course, largely a means for concentrated ownership and control, and employee ownership would begin to erode that power maligned by the left and the right, both Occupy and the Tea Party. President George W. Bush rallied Americans around his “ownership society,” but ownership is kept from even some of the nation’s most highly paid employees: professional athletes. The dynamic of owner and employee is still at work in the NBA, NFL and Major League Baseball; the players are bought and sold, traded and dismissed in a way that, in the end, differs little from fast food or Wal-Mart workers. They are, in that way, powerless, despite Roberts’ almost self-evident assertion: “There would be no money if not for the players.” There would be no money if not for the fry-cook and the cashier, too.