Salon spoke to the former CIA agent about spy fiction, being a mom, and intelligence-gathering in the age of ISIS 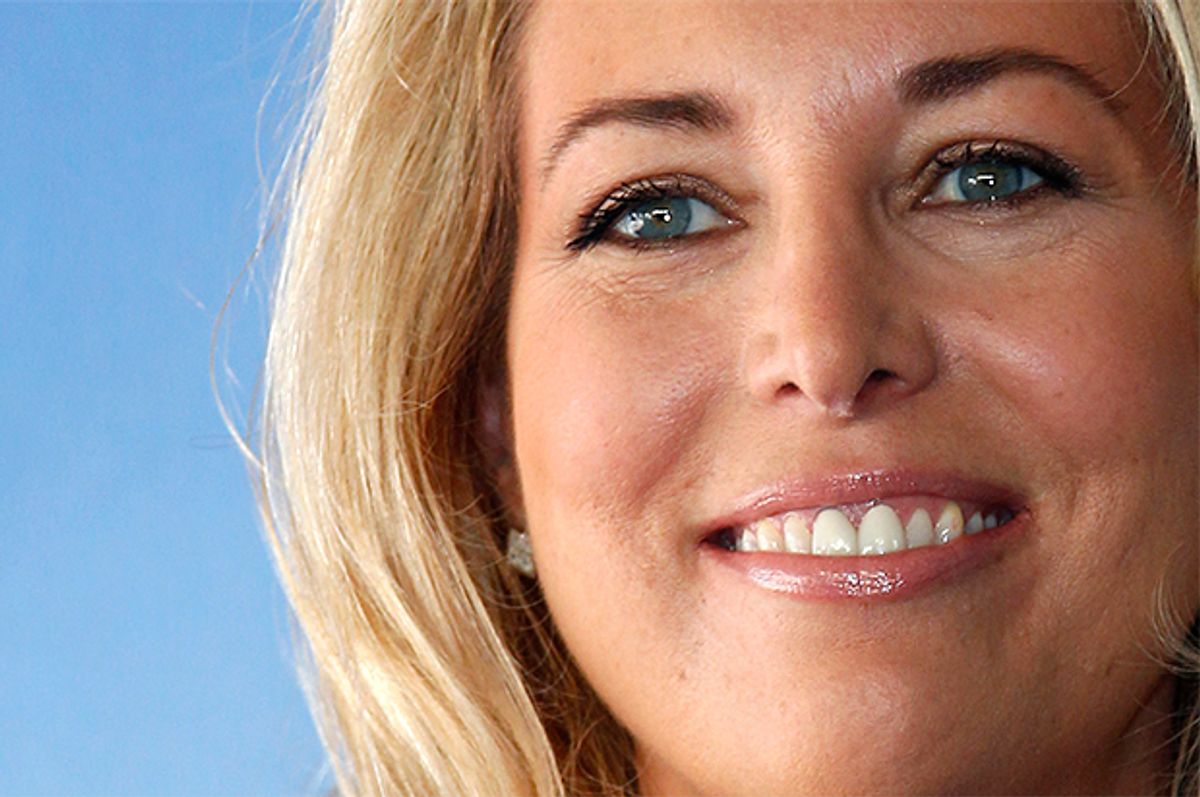 The transition from spy to fiction writer has been made a few times: Ian Fleming, Roald Dahl, John Le Carré. Now Valerie Plame, reluctantly, can be added to that list. Once her cover was unceremoniously blown in 2003, Plame became a public figure. She has turned to speaking, writing and even narrating films after her career of covert public service. Plame, who just released her second fictional novel, "Burned," a sequel to "Blowback," is a voracious reader of Le Carré and Graham Greene. One of her favorite books is "Little Drummer Girl," though she also loves "Tinker Tailor Soldier Spy."

Plame’s latest novel features a protagonist named Vanessa Pierson and is loosely autobiographical. (Pierson finds herself being betrayed as a mole in the CIA.)

What made you want to start writing fiction?

Well it’s nothing that I had anticipated doing ... that’s for sure. If the leak of my name didn’t happen. I would be overseas right now, working for the government, trying to make sure the bad guys don’t get nuclear weapons. Making my government salary. And really feeling ... satisfaction. But obviously things didn’t turn out that way. After "Fair Game" came out, my publisher approached and asked me how I felt about fiction. I thought, "Alrighty, let’s see how this goes!" I wanted to develop a strong female CIA character. Because what’s out there is just insane. It’s just eye-rolling. They’re sexy. They’re eye candy. They’re good with guns. But it has nothing to do with how intelligence is realistically collected.

Do you think that's still the general cultural perception? "Homeland" is a different story.

There is certainly persistent sexism toward what females can and can’t do. But in terms of the CIA, we’re fed a steady diet of James Bond for decades. There’s so many movies that show the CIA is omniscient and far more efficient than it really is. And yet, in most films I’ve seen depicting espionage, I always wait for the moment when it starts veering off into the crazy. I did recently see “A Most Wanted Man,” and it did capture the ambiguities and the waiting. It also showed how gray Hamburg is. It captured the essence of intelligence collection. Notice there was not one gun. It’s very hard to collect intelligence when there’s a gun in the room.

For sure I can write in fiction things that would not get through the publication review board. I’m not going to reveal classified information or methods. But in fiction, you’re god, and you get to arrange the characters as you like. And so that has been a steep learning curve for me but one I’ve really enjoyed. And to tell these stories -- a lot of them based on characters I knew -- and get to bring them to life ... In "Burn" there’s one character named Charles who is an older man ... a mentor of hers. But he is very much based on someone who was a mentor to me. And you couldn’t make up his real life story.

What is the process behind getting the book vetted by the CIA?

My publisher understands it. I submit everything to the CIA.

Has the CIA come back with anything they want to remove from your fiction?

Very minimal. I know what to do at this point. Of course, "Fair Game" was heavily redacted. It is my belief that it was politically motivated at that time. So that was a whole painful process.

Do you still have friendly contacts in the CIA?

Definitely, but I don’t want to make their life harder. After my name got out there people didn’t really know what to say to me. It was, as my daughter would say, awkward.

Does it still feel intensely personal to write about this stuff?

In "Fair Game," the film, there’s the scene where an Iraqi scientist had been promised he and his family would get out safely. And it doesn’t happen. He’s a composite character but it’s still painful for me to watch.

Do you have a sense of how intelligence-gathering has changed in the age of ISIS?

The process of getting a human source inside of ISIS is incredibly daunting. Of course they’re attracting a lot of foreign fighters, and those that are closest to the leadership ... their lives have to be known to them. You don’t just show up and volunteer and get close to the leadership. To gather information: that’s where you have to be. We lack language skills. There was a piece done in Newsweek talking about vetting moderate rebels. Like Jon Stewart said, “What are they going to do, wear a sign that says ‘I’m Pro West!’ on their foreheads?” And alliances change every day. It’s extremely difficult. We have to try, because ISIS has a nihilistic view of the world.

How does it feel to have a stable, stateside life?

It helped a lot moving from Washington, D.C., to New Mexico. As parents of teenagers, things change every day. But I’m not at the point where I can just sit back. No day is the same.

I’ve acclimated to being a public person. It’s not something I’ve sought or wanted. It doesn’t bring me internal validity. However, as a public person I get to speak about subjects I care about and people do listen. It’s validating when I hear from a person that their daughter saw me speak and wants to go into public service.

On the whole, we’re not as engaged as we should be as a healthy democracy. We’re a lot more interested in watching Kim and Khloe come to Miami.