What the New York Times misses about rape: Campus assault isn't a distraction -- it's part of a larger conversation

The problem isn’t that we’re talking too much about college campuses. It's that we aren't talking enough about rape 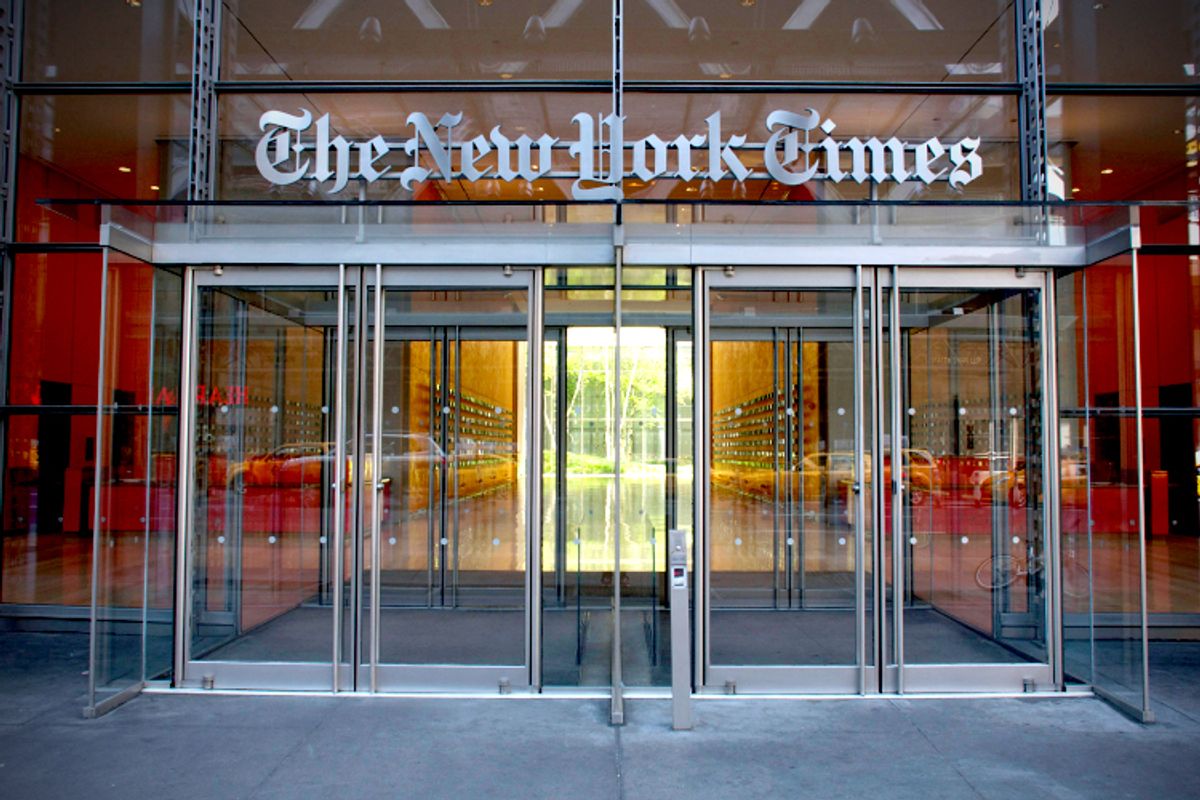 Read past the atrocious headline (“Privilege, Among Rape Victims”) and this New York Times piece makes an incredibly important point: Women who are not enrolled in college are more likely to be victims of rape than their peers in school, but their experiences are largely erased in dominant narratives about sexual violence.

Callie Marie Rennison is the author of the Times editorial and the co-director of the Criminology and Criminal Justice Research Initiative at the University of Colorado Denver’s School of Public Affairs. She co-authored a study based on the the Department of Justice’s National Crime Victimization Survey data from 1995 to 2011 and found that women who do not attend college are victims of sexual violence at a rate that is about 30 percent greater than women in school. More broadly, as Rennison points out, there is a correlation between women’s experiences of economic and social marginalization and sexual violence that is not currently being reflected in public conversations about rape.

The statistics did indeed show that disadvantaged women, age 12 and older, were sexually victimized (including rape or sexual assault) at the highest rates. Women in the lowest income bracket, with annual household incomes of less than $7,500, are sexually victimized at 3.7 times the rate of women with household incomes of $35,000 to $49,999, and at about six times the rate of women in the highest income bracket (households earning $75,000 or more annually).

Homeownership is another example of how economic advantage serves to protect women from sexual violence. Woman living in rented properties are sexually victimized at 3.2 times the rate of women living in homes that they or a family member own.

Rennison’s piece in the Times doesn’t mention race or the disproportionate rates of sexual violence experienced by women of color, but this is another point that intersects with her analysis and on which the mainstream conversation about rape so often fails. According to the Justice Department, around 40 percent of black women report experiencing coercive sexual contact before the age of 18. And for every black woman who reports her rape, at least 15 black women do not. Nationally representative data reveals that 18 percent of white women will be sexually assaulted their lifetimes, while that number is nearly 19 percent for black women and 34 percent for Native American and Alaskan Native women.

Rennison pushes us to talk more expansively about the violence experienced by American women, and makes important recommendations to rectify the disparities such erasures produce in discourse and policy. But she also calls the current focus on college assault a distraction from the violence experienced by women who aren’t enrolled in school and who are often victims of other social and economic injustices. The decision to frame them as oppositional is, I think, a strange one.

For one, it erases the unique challenges faced by college students of color and low-income students experiencing the physical, emotional and financial burdens of sexual violence on campus. And while the current mainstream conversation about sexual violence certainly needs to accurately reflect the violence experienced by all women (and how inequality compounds that violence), the problem isn’t that we’re talking too much about campus assault. The problem is that we aren’t talking enough about sexual violence -- no matter where it happens or who it happens to. And this is work that anti-sexual violence organizers across the country are doing, often in collaboration.

So in addition to talking about the specific and egregious ways that colleges have failed to prevent violence, support survivors and meet their federal civil rights obligations, we also need to be talking about (and listening to and amplifying the people already talking about) the police departments that have failed to properly investigate and prosecute rape cases. The violence of the police themselves. The unique challenges faced by low-income women of color when trying to seek accountability in our unjust criminal justice system, and how media narratives about sexual assault all too often erase them. How for undocumented women, reporting sexual violence to the police can trigger detention and deportation. The ways that poverty can trap women in dangerous situations or expose them to greater threats of violence. These are all big conversations that require us to rethink the systems we have in place to address sexual violence as well as our own biases when it comes to believing and supporting victims, but there is enough room to have them all.

Judging from some of the Twitter responses to this piece, it’s clear that the people who want to minimize the realities of sexual violence -- on campus and everywhere else -- will use it to feed a narrative about college women crying rape or exaggerating stories of violation to score media points. But to pretend that there is only so much public space that conversations about sexual assault and gender-based violence can hold is to accept the dangerous prescriptions of rape culture.