Amy Adams on the gender pay gap: The "Today Show" interview we wish we could have seen 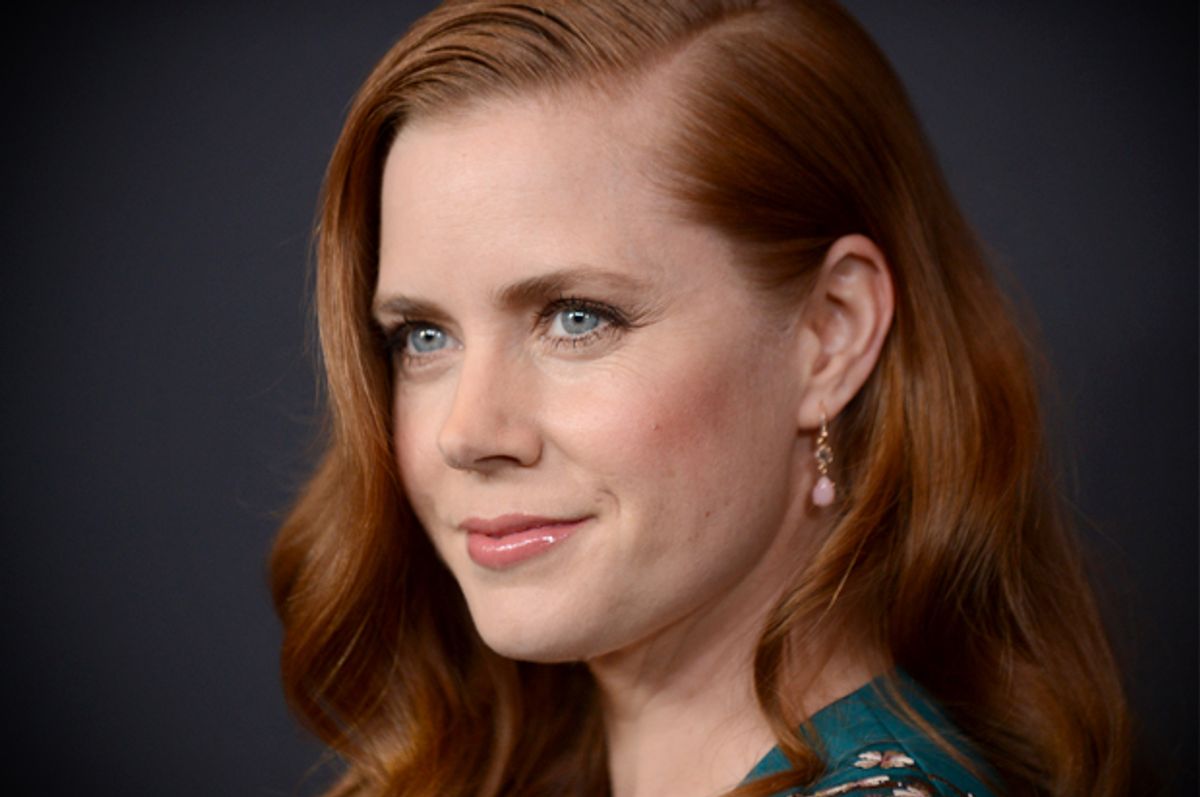 “Today Show” producers canceled a scheduled Amy Adams live interview promoting her new Tim Burton film “Big Eyes” yesterday because of disagreements over discussing information reported from hacked Sony emails. Earlier this month, The Daily Beast reported that emails between Sony executives revealed that Adams and Jennifer Lawrence received a lower compensation rate than their male co-stars, Christian Bale and Bradley Cooper, for their work in “American Hustle.” Adams didn’t want to talk about it, but show producers pushed for the line of questioning to stay open, and somewhere along the line, communication broke down and the interview was pulled.

The producers were right to push for the topic to be on the table. Gender pay gaps in general are a topic of national interest, and when emails prove that even Hollywood’s hottest female stars are being paid less than their male counterparts, that’s news. But it’s kind of understandable that Adams and her publicity team would try to avoid the pay discrepancy if possible. It’s a line of questioning that opens her up to scorn, no matter how she answers.

NBC sources feeding the gossip writers differ (naturally—it’s gossip) on the level of Adams’ disagreement show producers. The New York Daily News says that the interview was canceled when the parties couldn’t agree on questions, prompting an angry outburst from the actress in the green room, while Gossip Cop says Adams relented on the Sony hack topic, but producers pulled out because they might not get “significant answers” from Adams during a live interview.

Those significant answers would have to address how the emails prove she was paid less than Cooper, despite being a lead actress while he played a supporting role. But some might say that indignity pales in comparison to facing Matt Lauer’s faux-sympathetic head-tilt as he asks her how she feels about being the poster girl for Hollywood’s pay gap. What could she say to that?

But if she had sat down with Matt Lauer and addressed those questions head-on, it could've been great. She could turn the tables and ask Matt Lauer why he doesn’t consider it newsworthy enough to ask Hollywood’s leading men how they feel about earning more than their female co-stars. She could talk frankly about how frustrating it is to be one of her generation’s most talented actors and still have to deal with infuriating retrograde attitudes within her industry, like Aaron Sorkin’s belief that “year in and year out, the guy who wins the Oscar for Best Actor has a much higher bar to clear than the woman who wins Best Actress.” She could point out that if she can have more than twice the Academy Award nominations than Cooper and still be paid less, and if Columbia Pictures co-president of production Hannah Minghella is paid almost $1 million less than her male counterpart, Michael De Luca, what chance does the average working woman have?