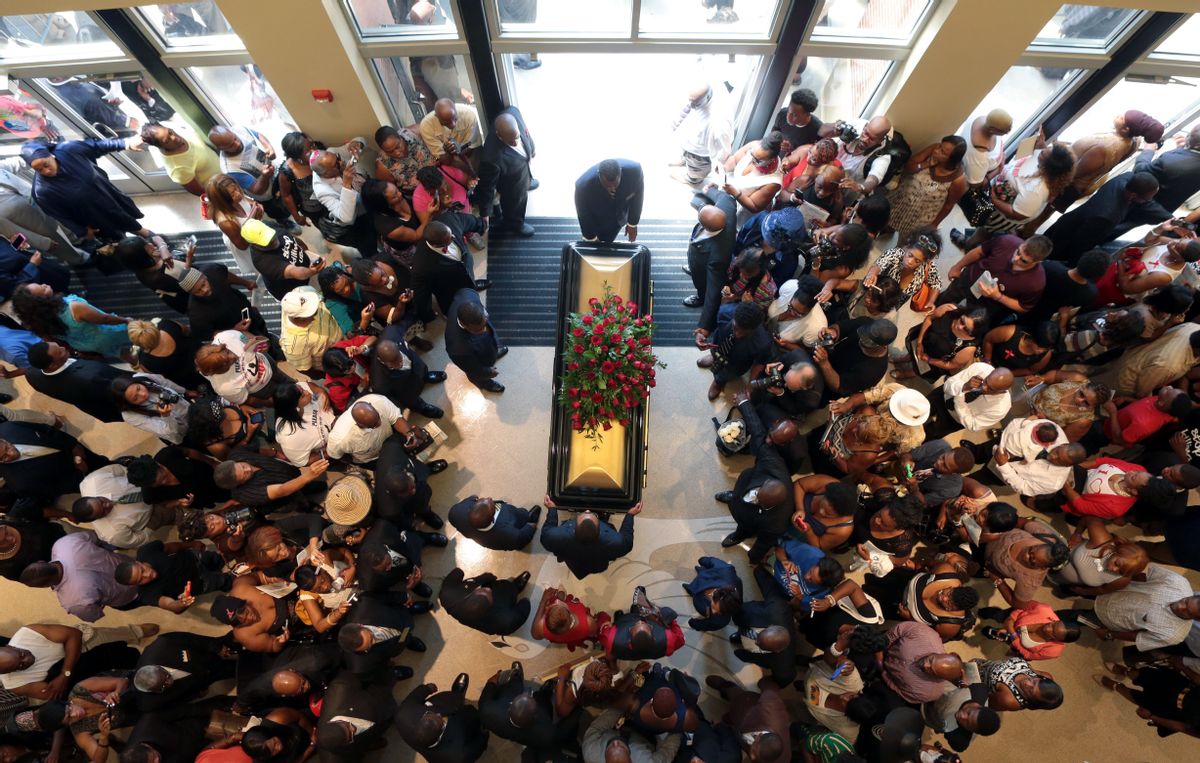 TMZ has obtained a video of a song performed at a charity event held at the Elks Lodge in Glendale, California which refers to Michael Brown as a "roadkill dog." The event was hosted by retired LAPD officer Joe Myers as part of a charity golf tournament. About half of the 50-60 guests were also officers, according to TMZ.

In the video, Gary Fishell, a former federal investigator, sings a parody of the song "Bad, bad Leroy Brown":

"Michael Brown learned a lesson about a messin'
With a badass policeman
And he's bad, bad Michael Brown
Baddest thug in the whole damn town
Badder than old King Kong
Meaner than a junkyard dog.

In an interview with TMZ, Fishell's lawyer says that Fishell now realizes the song was "off color and in poor taste." "He's a goofball who writes funny songs," his lawyer continued. "He thought the room would get a kick out of it."

Myers was unapologetic about his guest's chosen form of entertainment: "How can I dictate what he says in a song? This is America. We can say what we want. This is a free America."

A representative from the Glendale Elks Lodge condemned the performance: "It's deplorable and inappropriate and the Lodge will take disciplinary action against [Fishell] and possibly the people who organized the event," a trustee said. "We don't stand for any racist things like this."