Polls show Americans think racial problems are worse since 2008, but that’s because they’re reckoning with reality 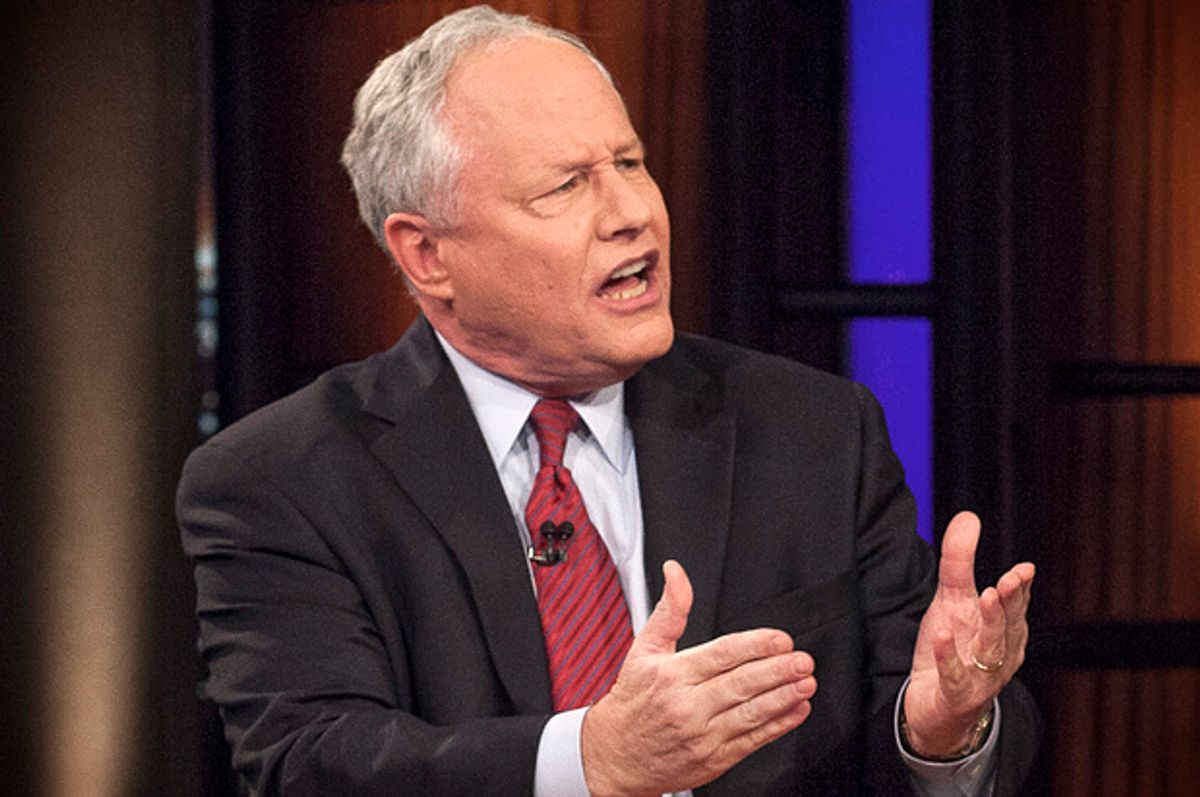 There are few ideas more specious than the notion that the election of President Obama marked the transition to a “post-racial” era in American history. So, of course, wrong-way Bill Kristol believed that, as he told radio host Hugh Hewitt Monday night. But, of course, that’s not all Kristol got wrong.

Kristol says that, instead, Obama worsened race relations – and deliberately, for political gain. Here’s what he told an admiring Hewitt, who shares his point of view.

President Obama and Eric Holder have done damage to race relations. I mean, I really am personally distressed about this. It’s one of the things I didn’t like President Obama when we elected him, and I was unhappy when he was reelected, and don’t like his policies at all. But the one thing I did think honestly is that maybe he would sort of... you know, improve race relations.

Wait: Let’s stop there for a moment. Kristol didn’t like Obama in 2008, and he was unhappy when he was reelected in 2012  – but he did expect Obama to improve race relations? But that wasn’t a good enough reason to vote for him.

Then, the Obama Kristol didn’t like and didn’t vote for either time turned out to be worse than he expected on issues of race -- which didn’t matter enough to him to drive his voting, but now drive him mad:

President Obama must know better. That’s not, that’s really is what’s so distressing. It’s just hard to believe that he and Eric Holder have decided to sort of play this card. It was clear during the election year. And this was reported by the front page of the New York Times. They wanted him to get African-American turnout in the election up, and that required mobilization and organizing, and getting people, African-Americans more upset about conservatives and Republicans, and yes, cops. I mean, let’s be honest.

Yes, let’s be honest: Kristol is accusing President Obama and Attorney General Eric Holder of deliberately inflaming racial tension in order to win black votes in 2014. The anger and agitation over police violence has nothing to do with genuine community outrage over a seeming epidemic of cops killing unarmed black men. It’s a result of Obama and Holder rustling up votes for Democrats.

This is offensive on many levels, but before we unpack it, let’s acknowledge, since it’s so rare, that Kristol is right about one thing: Recent polls do say Americans believe race relations have gotten worse since Obama’s election. A Bloomberg poll earlier this month found that 53 percent said tensions between blacks and whites have worsened since the election of 2008 – 45 percent of African-Americans, and 56 percent of whites. Only 15 percent of blacks, and 7 percent of whites, thought they’d gotten better.

A recent Gallup poll found that when asked about the country’s top problem, “racism” ranks just behind “the economy” – and the share of people saying that has jumped to 1 percent in November to 13 percent last week. That’s a higher share than at any time since the violent upheaval in Los Angeles after the Rodney King verdict in 1992.

Here’s how Gallup explains it: “With the news in recent weeks filled with protestors angry about high-profile grand jury decisions involving race, Americans have turned their attention to the issue of racial discord in this country.”

Of course, Kristol would say that’s a bad thing. But I think it’s progress that “Americans have turned their attention to the issue of racial discord.” You can’t solve a problem if you don’t know you have a problem.  And America has a race problem.

The Bloomberg poll also found, predictably, that blacks and whites differed in their opinions about whether grand juries had done the right thing in not bringing charges against police in Ferguson, Missouri, and Staten Island, New York, after the killings of Michael Brown and Eric Garner. In both cases, African-Americans overwhelmingly disapproved of the decisions; interestingly, whites overwhelmingly supported the Ferguson judgment, but a slight majority disagreed on the videotaped killing of Garner in Staten Island.

Note that the jump in people calling racism a problem in the Gallup poll didn’t occur in September or October, when Kristol accuses the president of ginning up racial tension for votes – but in the aftermath of the verdicts in Ferguson and New York, and the protests they engendered.

Electing our first black president didn’t end racism, or racial tension in America. In fact, it focused a lot of African-Americans on how many barriers to equality remain. That in turn has made some white people uncomfortable, because they hoped putting a black man in the Oval Office would mean the struggle was over – even if they didn’t vote for him, like Kristol.

It’s the height of white entitlement to blame Obama for worsening race relations. But I’d expect no less from Kristol, the very face of nepotism and privilege.