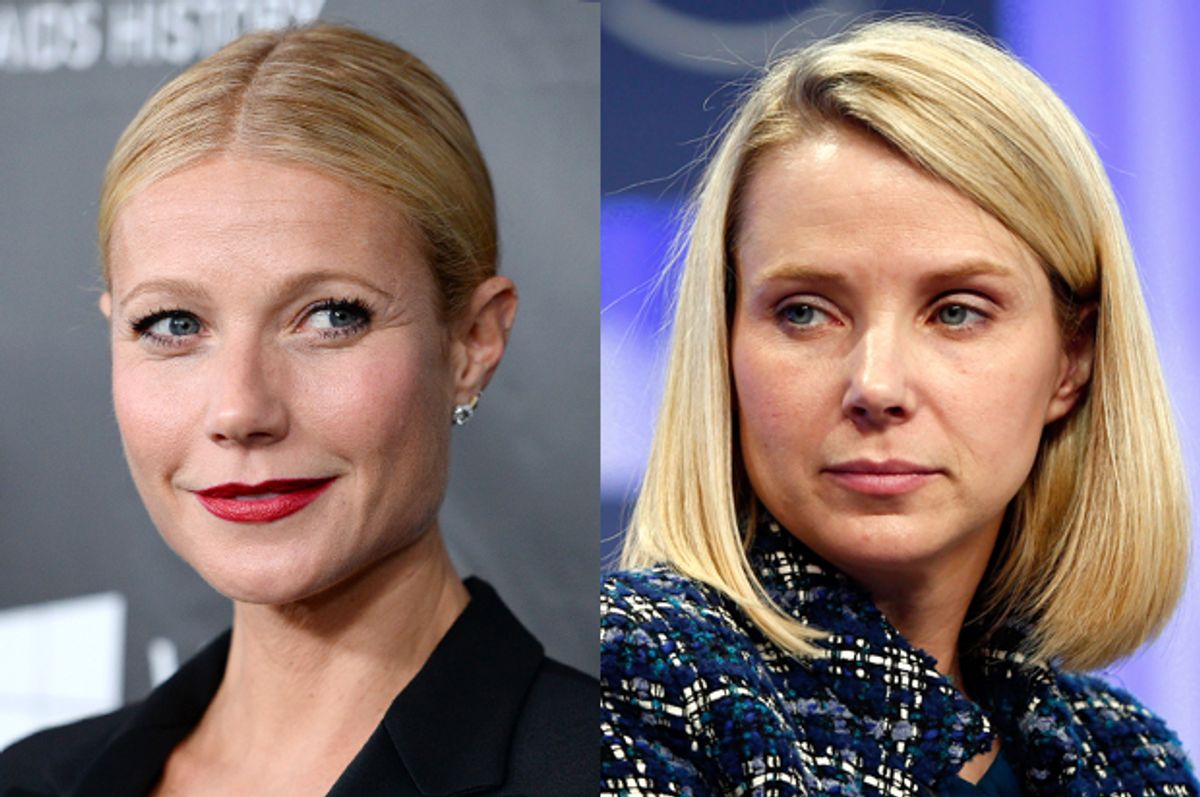 For the entirety of her two decades-long career, Gwyneth Paltrow has inspired envy, admiration and a fair amount of disdain for being a woman who carefully cultivates an image of having it all. But as a New York Times feature this week reminds, there's one thing the Oscar-winning, best-selling author doesn't have: a college degree. Privileged people shockhorror!

In a profile of Yahoo's Marissa Mayer, Nicholas Carlson claims that "Even though the actress Gwyneth Paltrow had created a best-selling cookbook and popular lifestyle blog, Mayer, who habitually asked deputies where they attended college, balked at hiring her as a contributing editor for Yahoo Food. According to one executive, Mayer disapproved of the fact that Paltrow did not graduate college." Paltrow quit the University of California at Santa Barbara, where she studied anthropology, to pursue acting.

Yahoo did not comment on the Times article, but a rep for Paltrow tells E! that the actress "never met with anyone from Yahoo about the possibility of working together." And though the veracity of the claim appears unverifiable, it's made headlines for being a reminder that the elegant, wealthy Spence grad finished at her university. Oh the shame. When Paltrow and her now ex Chris Martin reportedly advertised for tutors for their young children to teach them Latin and Greek a few years ago,  it was probably because Martin, the guy who has a band, got his degree – with honors -- in those subjects.

If Stanford alum Mayer does indeed snub extremely successful, entrepreneurial people because they don't possess a degree, that's shortsighted and silly and snobbish. It certainly can be viewed as evidence that even someone of renowned sophistication can be looked upon as inferior by someone else. But wealthy and pedigreed does not necessarily mean traditionally educated. College just isn't for everybody, and there really ought to be a cutoff in life when Ivy Leaguers stop using where they went to school as shorthand for "I am obviously a better human being than you are." Paltrow, meanwhile, is no doubt not sweating it if she's been deemed unsuitable for Yahoo. She's in the esteemed company of people who've left school without a degree and done just fine in life, like Bill Gates, Steve Jobs, Mark Zuckerberg -- and, of course, Kayne West.