Howard Kurtz explains to female reporters how to do their jobs right, with insider tricks like "quote Republicans" 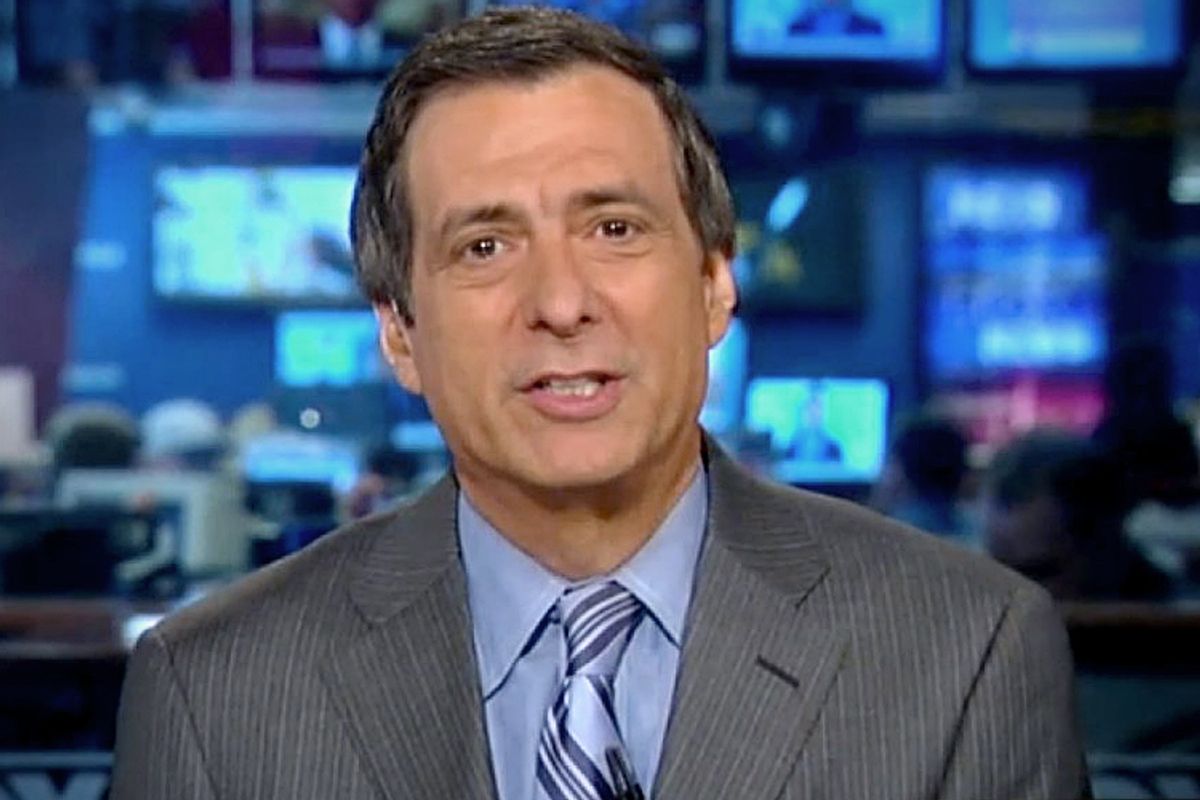 President Obama caused something of a stir last Friday at his end of the year press conference when he made a point of only calling on women to ask questions. That had never happened before at a presidential press conference, and the reaction from most corners was one of approval – political journalism has long had a backslappy aura of “boys club” bullshit attached to it, and anything that helps break down that nonsense can’t be anything but positive.

Not everyone was on board with the program, however. Howard Kurtz, opining from his perch of professional exile at Fox News, thought Obama got off too easy at the press conference, and wrote a fantastically dumb column laying out his objections.

Obama skated in a year-end news conference, easily handling questions that were bland, tentative or rambling.

This is not unrelated to the fact that he skipped the front-row TV correspondents—Jonathan Karl, Ed Henry, Major Garrett—who tend to ask more confrontational and, yes, theatrical questions.

And it most decidedly had nothing to do with the president’s unusual move of fielding questions only from female reporters. It’s not how the queries were delivered, it’s how they were framed.

Look, Kurtz is not – repeat: NOT – arguing that the poor quality of the questions had something to do with the fact that Obama only called on women. He’s observing that the questions would have been better if Obama had called on some of the seasoned bros in attendance. He’s not saying it has something to do with gender; he’s just saying the three men he mentioned would have done it better than the eight women who were called on. So don’t call it “sexism.” Call it some other word with the same exact definition.

While it was nice for Kurtz to bang the drum on behalf of his gender, he really didn’t need to. After the press conference, Ed Henry of Fox News – one of the bros so cruelly snubbed – took it on his own initiative to complain that the questions weren’t up to his professional standard. “The questions were trailing off. The president was almost like, let me remember what you asked because it was so unmemorable. He's the president of the United States!” Come on, ladies! Start taking this seriously. This is THE PRESIDENT. He’s not going to ask himself about Benghazi.

Anyway, let’s get back to Kurtz and the specific beefs he had with what was asked of the president on Friday. “You would have no idea from watching that presser that Obama had taken hugely controversial unilateral action on Cuba, immigration and climate change,” Kurtz wrote. Zero idea! None at all. Well, let’s go to the transcript and take a look at this question from the Wall Street Journal’s Colleen McCain Nelson:

You spoke earlier about 2014 being a breakthrough year, and you ended the year with executive actions on Cuba and immigration and climate change. But you didn't make much progress this year on your legislative agenda. And some Republican lawmakers have said they're less inclined to work with you if you pursue executive actions so aggressively. Are you going to continue to pursue executive actions if that creates more roadblocks for your legislative agenda? Or have you concluded that it’s not possible to break the fever in Washington and the partisan gridlock here?

Whoa. Unilateral action on Cuba, immigration, and climate change – and the attendant controversy – all in one question. The AP’s Julie Pace asked about the administration’s new posture towards Cuba, as did Lesley Clark from McClatchy. So when Kurtz wrote that you “would have no idea” that these things happened, what he meant is that they were all brought up during questioning, sometimes repeatedly.

But I didn’t even have to mention this because Kurtz acknowledged as much later in the same column, utterly defeating the point he thought he was making: “The AP’s Julie Pace at least asked the president to respond to dissidents who say his recognition of Cuba would give the Castro regime unwarranted benefits. McClatchy’s Lesley Clark also raised Cuba, but she asked about a five-part question—never a good idea—prompting Obama to cut her off and discourse at length.”

Moving on, Kurtz tried to explain what the lady reporters should have done to make their questions better:

I’m not saying the press has to be prosecutorial toward the president. But a full-dress news conference is a rare chance to ask aggressive questions that are honed to knock the commander-in-chief off his talking points. A correspondent can even do something as basic as quoting a Republican critic and asking the president to respond. But there was none of that.

There aren’t many questions a reporter can ask that are worse than “[Republican] says [X], what is your response?” If the goal, as Kurtz explained it, is to knock the president off his talking points, you’re not going to do that by inviting him to respond to someone else’s talking points. The president will say he disagrees, then he’ll launch into his own talking points. It's an invitation for the president to say something uninteresting.

But this is what Howard Kurtz thinks a reporter should do. This is Howard Kurtz taking it upon himself to explain “basic” reporting to women who’ve been doing the job for years, clueing them in to trade secrets like “quote Republicans.” Good job, Howard. Thanks for saving journalism.