Let's abandon the Democrats: Stop blaming Fox News and stop hoping Elizabeth Warren will save us

Progressives have no power in a corporate, focus-grouped, Wall Street-leaning party. But we are the change we need 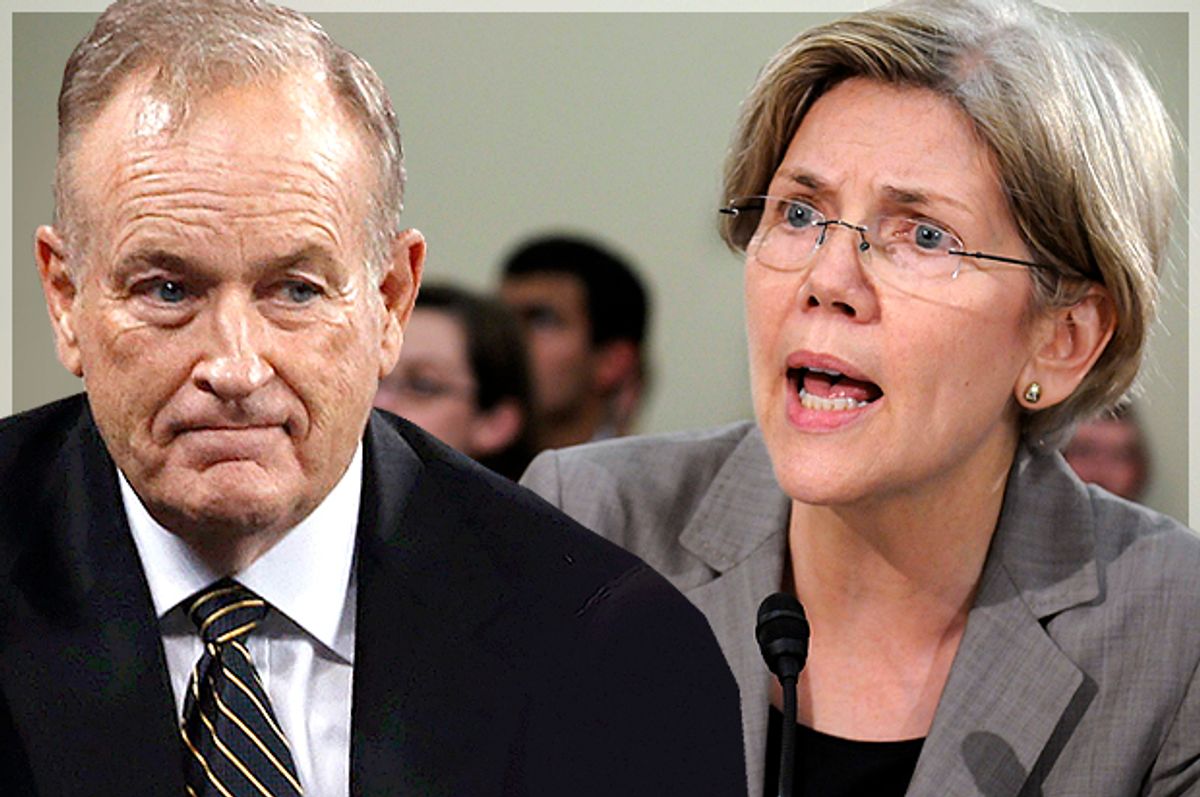 The Democrats’ conduct since the midterm debacle is as sad and sorry as the campaign that caused it. The party’s leaders are a big problem. A bigger one is the closed system of high-dollar fundraising, reductionist polling and vapid messaging in which it is seemingly trapped. Some say a more populist Democratic Party will soon emerge. It won’t happen as long as these leaders and this system are in place.

Nancy Pelosi says it wasn’t a wave election. She’s right. It was the Johnstown Flood; as catastrophic and just as preventable. One year after the shutdown Republicans scored their biggest Senate win since 1980 and their biggest House win since 1928. Turnout was the lowest since 1942, when millions of GIs had the excellent excuse of being overseas fighting for their country.

Every Democratic alibi -- midterm lull, sixth-year curse, red Senate map, vote suppression, gerrymandering, money — rings true, but all of them together can’t explain being swept by the most extreme major party in American history. Citing other statistics -- demography, presidential turnout, Hillary’s polls -- they assure us that in 2016 happy days will be here again. Don’t bet on it.

It took more than the usual civic sloth to produce the lowest turnout in 72 years. It took alienating vast voting blocs, including the young and the working class of both genders and all races. The young now trend Republican. Voters of all ages migrate to third parties or abandon politics altogether. It’s the biggest Democratic defection since the South switched parties in the 1960s. If Democrats don’t change their ways, their 2016 turnout will be a lot harder to gin up than they think.

Democrats are in denial regarding the magnitude and meaning of their defeat. It is a rejection not just of current leaders but of the very business model of the modern Democratic Party: how it uses polls and focus groups to slice and dice us; how it peddles its sly, hollow message and, worst, how it sells its soul to pay for it all. Party elites hope party activists will seek to lift their moods via the cheap adrenaline high of another campaign. For once, activists may resist the urge.

The vital task for progressives isn’t reelecting Democrats but rebuilding a strong, independent progressive movement. Our history makes clear that without one, social progress in America is next to impossible. For 100 years progressive social change movements transformed relations between labor and capital, buyers and sellers, blacks and whites, men and women, our species and our planet. But in the 1970s progressives began to be coopted and progress ceased. Their virtual disappearance into the Democratic Party led to political stultification and a rollback of many of their greatest achievements.

Much is written of the rise of the right, but very little of the fall of the left. We’re apt to see the left’s decline, if we do see it, as a consequence of the right’s superior funding, organizing and messaging, of the corporate dominance of all politics, and of white backlash against government, liberalism or modernity itself.

It’s a bad analysis. The left’s fall is as much a cause as an effect of what ails us. Middle-class anger isn’t about race, taxes, social services or social change. It’s mainly about middle-class decline and public corruption. Democrats talk a lot about both problems -- but if they were really trying to solve either one, we'd all know it.

The prevailing analysis fosters passivity. Whenever people speak of forces rather than choices it’s a sure sign they aren’t about to do anything. Progressives who blame their losses on globalization, white backlash or money in politics are less apt to focus on the one thing they alone control: their own choices.

It also fosters denial. We know there can’t be a strong middle class absent a strong government to help create and sustain it. Social Security, Medicare, civil rights and labor laws, public education and market regulation are middle-class foundations. In the late ’70s they buckled and the middle class buckled with them.

We know these things but we don’t connect them and so we miss the chain of causation that runs from the left’s fall to the fall of the middle class and finally, the triumph of the right. Nor do we connect the left’s fall to its own choices. It has a victimization story worthy of a Fox News anchor, but in truth the left dismantled itself. Progressives traded their independence for a seat on the far end of the Democratic bench. Progressives turned their movements into mailing lists. Progressives put aside proven weapons of reason, passion and conviction for the shallow techniques of corporate marketing and modern electoral politics.

Our problem isn’t partisan gridlock but the stagnation of a political ecosystem imbalanced by the slow extinction of liberalism. In the shutdown Ted Cruz bestrode the world like a colossus till the Kochs, of all people, rode to the rescue. Wall Street was a major player but labor was invisible and progressives said barely a word. Their silence didn’t strengthen Obama, it weakened him. It was a perfect tableau of politics in our time. When the left goes AWOL, the right goes crazy.

Democrats think they need more money, better ads and a bigger computer. They gripe about Republican wedge issues, but have their own; immigration for Latinos, choice for women, student loans for students.  What they need is a blueprint for solving problems that matter to everyone. Since the 19th century, progressive movements have created the blueprints and the public groundswells needed to enact them. Can progressives build such a movement in this century?

They can do it but they’ll have to take a time-out from electoral politics. They must declare their independence from the Democratic Party, its ineffectual politics and its current, clueless leaders. In the fall liberal pundits chastised Democrats who "ran from Obama." Democrats lost because they couldn’t run from themselves. What they really needed to do was assure voters they saw the flaws in Obama’s program and had a plan to fix it. They didn’t have a plan because progressives never gave them one.

Democrats in Congress seem bent on mass suicide. After their landslide loss they reelected all their leaders without challenge. After the Senate confirmed two utterly unqualified Obama donors as foreign ambassadors, they caved on a budget that opened more sluices for the rich to pour money into politics and hollowed out Dodd/Frank to let Wall Street cover its bad bets with depositors’ money. In 2013 Obama said he wouldn’t "pay ransom" to pass a budget. In 2014 he did just that.

A Progressive Declaration of Independence is a risk, but it’s safer than idling about on deck as the Democrats’ ship goes down. Movement building is arduous work. Builders must agree on an agenda, finance and organize a base, communicate their vision, and help people apply the pressure needed to make change. It’s a huge task. If it hadn’t been done so many times before you’d think it was impossible.

Some progressives will spend 2015 trying to lure Elizabeth Warren or some second or third choice into a run for president. Some will make their peace with Hillary. Some will take other paths. A public debate among progressives will unearth some disagreements on policy and a more fundamental divisions over strategy.

Some say the Democratic Party is beyond saving. Others say it’s our last hope. I see progressives taking leave of Democrats not as abandonment but more like tough love. In the end it may be the only thing that can save Democrats or for that matter progressives, whose reputation has been tarnished by the party that betrayed them. In any event it’s better for both parties for all future business to be conducted on an arms’ length, cash-for-carry basis.

My guess is that if you can’t take over the Democratic Party, you can’t take over the country -- and that a declaration of independence should be followed by an actual rebellion. The Tea Party has shown you can work within a party and yet be highly independent. But whether to work within, against or apart from the Democrats is a call for later. Building a strong progressive movement is work we must do now. Obama had this right in 2008. We are the change we’ve been waiting for.

Progressives once provided Democrats with policies. Now Democrats provide them with slogans. Progressives say Democrats lack backbone and a bottom line, but progressives used to provide those too. Want politicians to get the courage of their convictions? It’s simple. First, get some convictions.  Courage will follow.