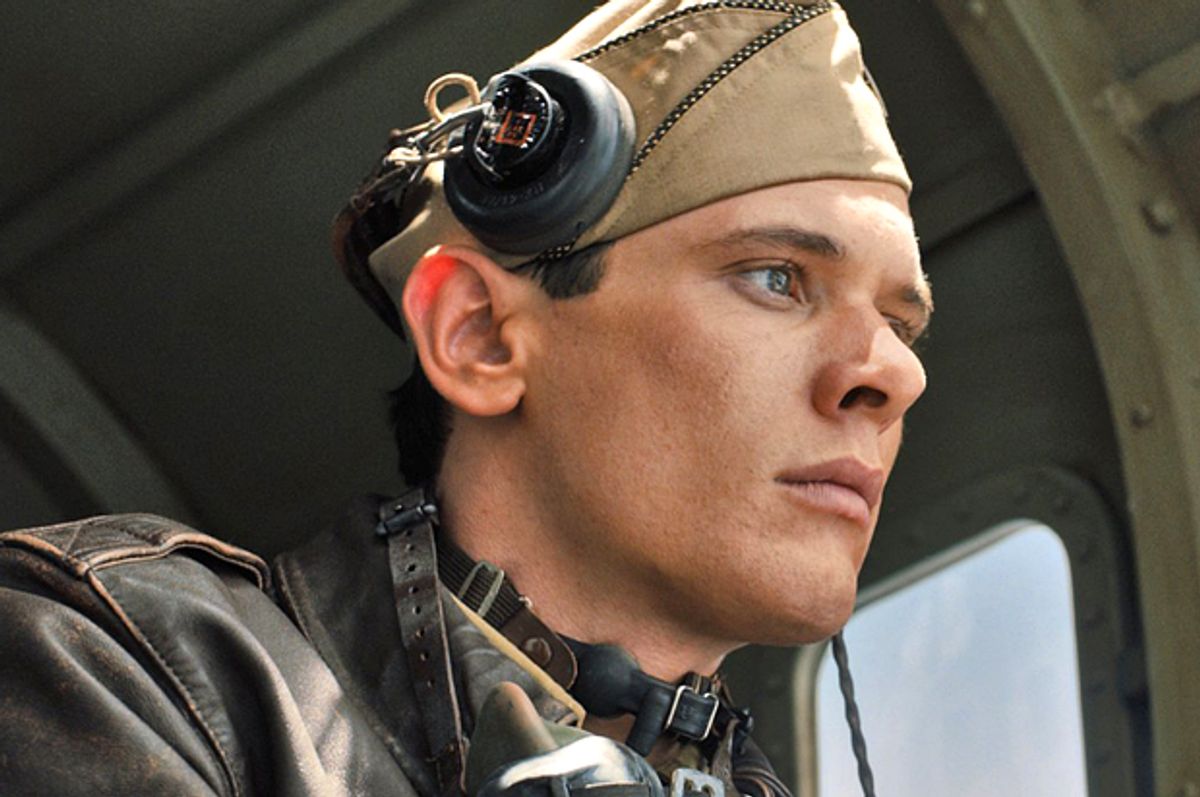 Let’s imagine, for a moment, that “Unbroken” had been directed by somebody who wasn’t Angelina Jolie. It easily could have been. This tale of wartime adventure and survival, adapted from Laura Hillenbrand’s nonfiction bestseller, definitely called for a big-name Hollywood director, but it would have been highly plausible – maybe more plausible – as a project for Ron Howard or Ridley Scott or Steven Spielberg or Clint Eastwood than as the second film for the star-turned-director best known as the female half of the world’s most famous celebrity couple. Would it be getting less attention if one of those guys had made it, or more respect? Both, perhaps? How is our perception of the film being shaped by the unique fame and unique cultural status of its director, and by our desire to project meanings onto her unusual career transition?

I totally understand, and share, the longing to believe that Jolie can step behind the camera and compete with the big dogs in a nearly all-male field, at a level where making a movie is a lot more like running a small company than like painting a picture. Let’s be clear about this: She can. “Unbroken” is a rousing old-fashioned yarn with numerous exciting set-pieces and an uncomplicated hero you root for all the way through. It’s entertaining throughout and made with a high level of technical skill. If made 40 years ago, it would have been a leading Oscar contender and a huge hit, whereas today it’s a bit “meh” in both categories: It will likely get several Oscar nominations but won’t win anything big, and it might have trouble attracting eyeballs in the overcrowded holiday season.

We can say the gender of a filmmaker doesn’t matter or shouldn’t matter, but we aren’t even close to that place yet. There are still almost no women among A-list Hollywood directors; even Kathryn Bigelow makes her films relatively cheap with independent financing. Ava DuVernay, whose civil-rights drama “Selma” also comes out this week, may be the next one. If any female movie star of anywhere near Jolie’s prominence has gone on to direct major films … well, no one has and there’s no clear parallel. Yes, Ida Lupino and Lillian Gish both made films, which are largely forgotten today, and there are a few examples one could draw from European cinema. The point stands. [CORRECTION: I originally wrote that Lupino had directed only one movie, which was entirely wrong. She made seven low- to mid-budget features and a bunch of TV episodes, but never anything close to the production level of "Unbroken."]

The aura of specialness around “Unbroken” has provoked various unhelpful reactions that have little to do with the film itself. On one hand, there is boosterism and solidarity: An awesome breakthrough for women! On the other, there’s sneering condescension: Not bad, for a privileged girl working with play money. A fairer way of framing Jolie’s blow for gender equality is to say that she has succeeded admirably in making an old-fashioned adventure movie just as capable and unmemorable as if one of those old dudes I mentioned above had made it. Indeed, Clint Eastwood, with whom Jolie worked in “Changeling,” is pretty much the obvious career model, and “Unbroken” is almost exactly like one of the proficient and pointless middlebrow dramas Eastwood has been making since he quit acting.

According to some reports, the story of real-life World War II hero Louis Zamperini, played by fast-rising British star Jack O’Connell in “Unbroken,” was considered possible fodder for a Hollywood feature as long ago as the late 1950s. Indeed, it might have fit better in that era than in this one, considering that Zamperini’s saga is like a one-man display of How America Won the War. A kid from Southern California whose Italian immigrant parents spoke no English, Zamperini emerged from teenage delinquency to compete in the 1936 Berlin Olympics (the same games in which Jesse Owens won several gold medals) as a long-distance runner. In the war, Zamperini survived a plane crash in the Pacific Ocean, spent more than six weeks adrift in a lifeboat and endured several years in an especially brutal series of Japanese POW camps.

How to understand Zamperini’s stranger-than-fiction true story, either in life or in the movies, is open to debate. We could say that some people find reserves of courage and strength within themselves that most of us don’t possess (and will never have to search for), and leave it at that. There’s no moral to be found there, necessarily: Zamperini was young and strong and lucky, and outlasted circumstances in which thousands upon thousands of other strong young men died. If his story appealed to Hollywood filmmakers, first of all, because it’s a rip-roaring adventure that keeps shifting from one episode to the next, like an Indiana Jones movie, there was also another reason. It can be described in platitudinous terms as being about the resilience of the human spirit, while none-too-subtly making the point that human spirit runs just that little bit stronger in Americans than other people.

It’s almost surprising that a version of “Unbroken” wasn’t made around 1959, with Tony Curtis playing Zamperini and someone like Stanley Kramer directing the film. But it didn’t happen and the whole story receded into history for many years. Zamperini attended the 1998 Winter Olympics in Japan, meeting with some of his captors from the POW years. That brought his story back into the media spotlight and eventually Hillenbrand, the author of “Seabiscuit,” figured out that Zamperini was still alive and wrote a best-selling account of his adventures, which in turn became a hot Hollywood property. (Zamperini died last July, at age 97, but not before he had seen an early cut of Jolie’s film.)

As a movie, “Unbroken” is entertaining enough, but feels a bit like an afterthought. It has terrific cinematography by Roger Deakins and a long-in-development script whose credited writers include Joel and Ethan Coen, Richard LaGravenese (“Beloved”) and William Nicholson (“Gladiator”). It has airplanes and sharks and roaring crowds above swastika banners, and a sadistic Japanese soldier (the notorious Mutsuhiro “The Bird” Watanabe, a real-life war criminal) played with lubricious zeal by Japanese rock star Miyavi. Some people have claimed to raise various political objections to the movie, but I can’t get interested to that degree. My problem is that “Unbroken” melts into every other POW movie, and every other lifeboat movie, that I’ve ever seen. A week after seeing it, I’m not sure whether I’m remembering “Merry Christmas, Mr. Lawrence” or “Life of Pi.” O’Connell is meant to make a vigorous impression but just comes off as another square-jawed, pseudo-Nietzschean hero. I’m pretty sure I’ve gotten him mixed up with Hugh Jackman in “The Wolverine,” which is more worth watching in any case.