From top-secret military nutritionists to butter coffee, Americans proved we have no idea how to eat 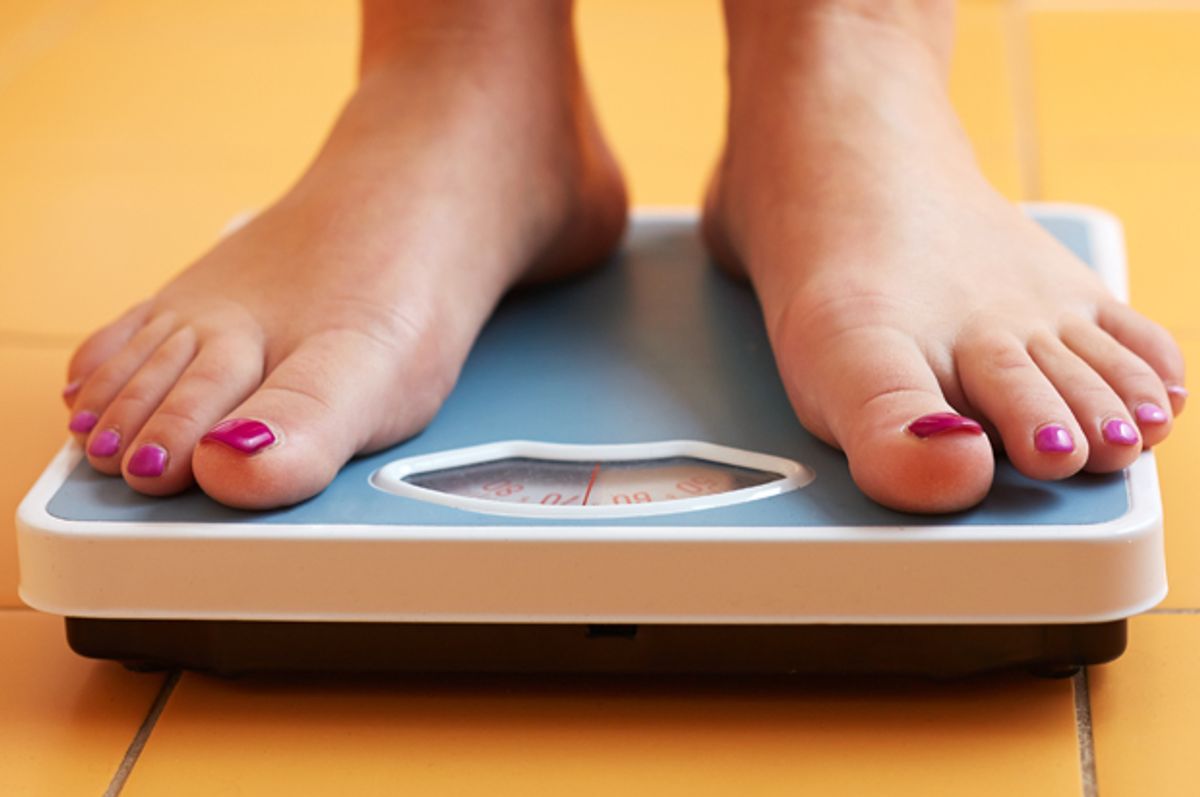 When Google released its top trending search terms for 2014, the search engine invited us to peer into the abyss and ponder a terrifying question: “what do these searches say about us?” If the trending calorie searches tell us anything, it’s that Americans can’t be trusted to feed ourselves. The list is split almost evenly between fruits/vegetables and junk food (“how many calories in a Big Mac?” alongside “how many calories in an apple?”) suggesting a binge-and-restrict approach that can’t be good for our national health. But it’s the diet searches that reveal America’s love for a good lifestyle hack. While some old chestnuts won't die—the cheeseburger-no-bun Atkins Diet, the sensible and slightly romantic Mediterranean Diet—many of 2014's trendiest diets prove Americans love junk science almost as much as they love junk food. From co-opting Gwyneth Paltrow’s gluten sensitivity to injecting themselves with hormones, here are the most trendy ways we tried to reduce ourselves in 2014.

This diet continued to have legs—strong, swift CrossFitted legs—this year because it promises that you can think like a lady (get that bikini body!) and eat like a caveman (all of the lard!). Paleo eaters get to eliminate dairy along with a lot of unnamed toxins and nebulously harmful contaminants (found in, I guess, beans?) while sounding virile, not fussy—all thanks to “evolutionary biology.” The Paleo Diet claims to be a lifestyle diet that works with our genetics, not against them. “Paleo looks to ancestral wisdom—whether from cave-dwelling Paleolithic ancestors or remote native populations untouched by Western disease—for guidance on what to eat and how to live,” says a basics article in Paleo Magazine. It’s food spirituality for the recreational Krav Maga set, a way to give up gluten without taking up meditation.

In the recent horse race of food sensitivities, real and imagined, gluten retained its lead this year. The practice of avoiding it has been co-opted from people with awful and inconvenient gastrointestinal disorders and severe allergies by those looking for a trendy yet science-y reason to avoid the bread basket in restaurants. While celiac disease patients are actually allergic to the wheat proteins, for trend-followers it’s also the next step in emulating Gwyneth Paltrow’s super-sensitive lifestyle brand.

The Military Diet claims to be “designed by top secret nutritionists at the U.S. military to get soldiers into tip top shape,” which it does through a one-two punch of interval fasting and shame. According to the website, “The people that fail on the Military Diet simply don’t have the drive and determination that you do. They complain about hunger or low energy because they are used to eating way more calories in a day. That’s how they gained weight in the first place.” The Military Diet involves eating the bare minimum of sad foods like hot dogs, cottage cheese, saltines and canned tuna for three days, then eating a reasonable amount of tasty foods on the four days off. In the interest of national security, top secret military nutritionists’ comments on the nutritional validity of hot dogs have been redacted.

It’s hard to know where to start with this one. Named after a hormone the female body produces during pregnancy, the space-agey hCG Diet demands severe calorie restriction and daily injections of the hormone hCG, under the super-legit claim that it’ll help you’ll lose fat but not muscle. Who would have thought that if you restrict yourself to 500 calories a day, you’d lose weight? You’ll probably lose your hair, too. The pregnancy hormones are supposed to take care of those inconvenient pangs of hunger while you starve yourself. Thank the geniuses over at the Dr. Oz Show for publicizing it.

Let’s just be a grammarian for a second and note that this diet is named The Doctor’s Diet. Not The Doctors’ Diet, implying that it is in wide use across the profession, or even “The Doctors” Diet, suggesting that it is the official product of the daytime show “The Doctors.” It’s merely an endorsed diet plan of a single cast member of “The Doctors”—Travis Stork, the emergency physician and television personality you might also remember as star of season 8 of “The Bachelor.” Sorry, The Bachelor’s Diet is just a basic high-protein/vegetable moderate-carb deal paired with exercise. Spoiler: you don’t get a rose when you shed that last ten pounds.

The other cast member of “The Doctors” with a trendy diet book out is Ian Smith, whose “Super Shred” diet not only sounds way cooler than his co-star’s, it’s intense—lose a bunch of weight in a short amount of time through “revolutionary” techniques like … eating fiber-rich vegetables later in the day and occasionally indulging in meal replacements? That's no fun. Dr. Ian drops some science knowledge with his philosophy of “diet confusion,” though, suggesting that if you vary up what and how much you eat, you can totally keep your body guessing, which somehow increases your metabolism. Of course, there’s a “cleanse,” and the final stage of his six-week plan is called the EXPLODE phase. Fair warning.

This sounds like a euphemism for an amphetamine binge, but the Dash Diet, pushed into trending consciousness by its New York Times bestselling book, is based on actual research by the National Institutes of Health and is recommended by the American Heart Association and the National Heart, Lung and Blood Institute. It’s a high-fiber, low-to-moderate-fat diet meant to lower blood pressure and reduce cholesterol. In other words: boring, but not scary.

This one didn’t make it onto the Google trends list for 2014, but I predict it’ll happen next year. The Bulletproof Coffee diet—basically a cup of joe swirled with melted butter—is the year’s most on-trend manifestation of our fascination with silver-bullet lifestyle hacks. It’s a meal-replacement drink (who has time to eat?) made from aspirational versions of workaday staples (low-mold coffee beans, grass-fed unsalted butter) and “one to two tablespoons of medium-chain triglyceride (MCT) oil.” You can even add a shot of a supplement that inventor and “biohacker” Dave Asprey claims will help you grow new mitochondria, so the science-y angle is tight on this one. Bulletproof is popular in Silicon Valley and Hollywood and its famous devotees include Ed Sheeran and Brandon “The Atom on CW’s ‘Arrow’” Routh, who says he can memorize lines effortlessly thanks to his new butter coffee powers of concentration.