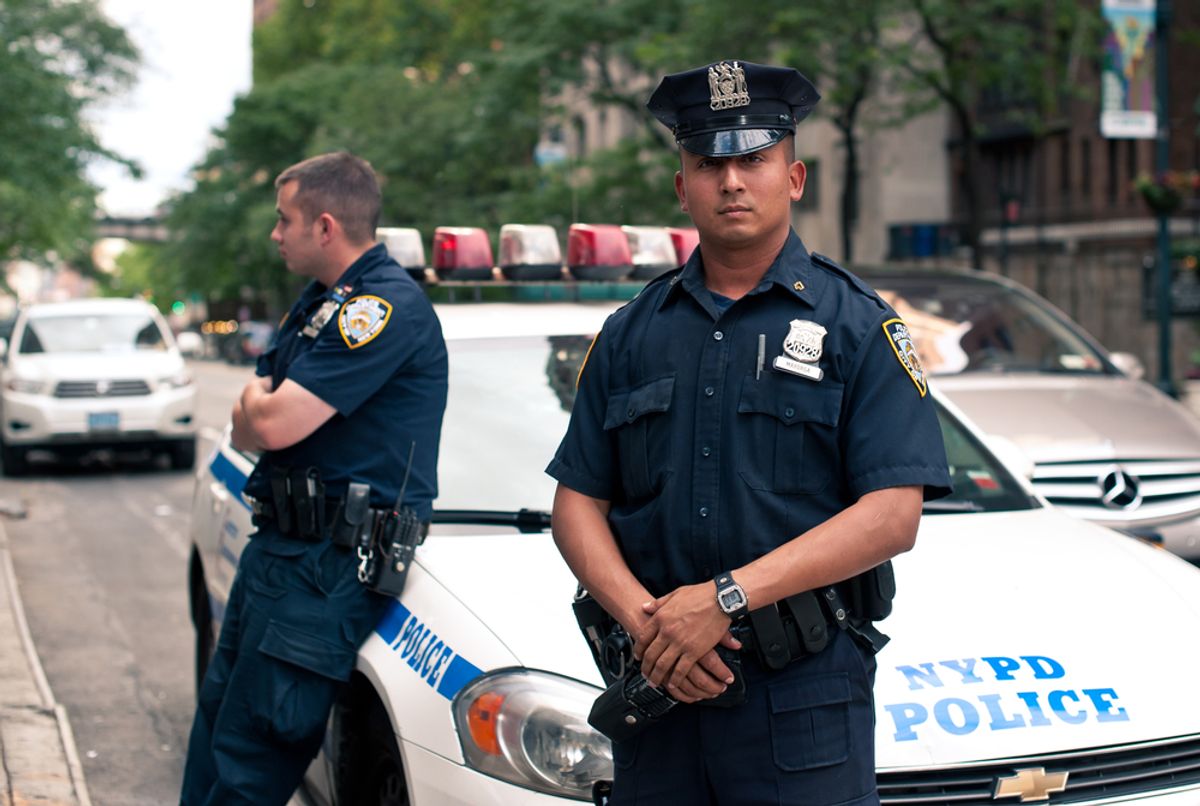 Black New York City Police officers often think that they are being racially profiled by their white colleagues, according to a shocking new report by Reuters.

The wire service interviewed 25 black male officers, ten current cops and 15 retired. With just one exception, they said that they have been victims of racial profiling by police, both when wearing the uniform and while off duty. For its article, Reuters identified racial profiling as “using race or ethnicity as grounds for suspecting someone of having committed a crime.”

In the article, Reuters equates what they experience as the same type of racial profiling that cost Eric Garner his life after he was swarmed by police officers and one applied a choke hold to him.

The black police officers said their experiences included being pulled over by police for no reason (multiple times for most), being stopped and frisked, thrown into prison vans, and being physically assaulted and threatened. Black cops say that they’ve had their heads slammed against vehicles and guns brandished in their faces.

"The black officers interviewed said they had been racially profiled by white officers exclusively, and about one third said they made some form of complaint to a supervisor."

"All but one said their supervisors either dismissed the complaints or retaliated against them by denying them overtime, choice assignments, or promotions. The remaining officers who made no complaints said they refrained from doing so either because they feared retribution or because they saw racial profiling as part of the system."

Reuters joined a group of black officers at a casual outing, where they discussed the Eric Garner incident and unanimously agreed that his death was avoidable. According to Reuters, the cops that met at a Williamsburg tavern said the methods used against Garner were inadvisable and other options, like talking him down or spraying him with mace could have been employed by their colleagues instead of a choke hold.

The NYPD and the Patrolmen’s Benevolent Association both declined to speak with Reuters. The NYPD also failed to respond to a data request from Reuters showing the racial breakdown of harassment complaints by its officers to its Internal Affairs Bureau.