Anatomy of a 2014 villain: Donald Sterling 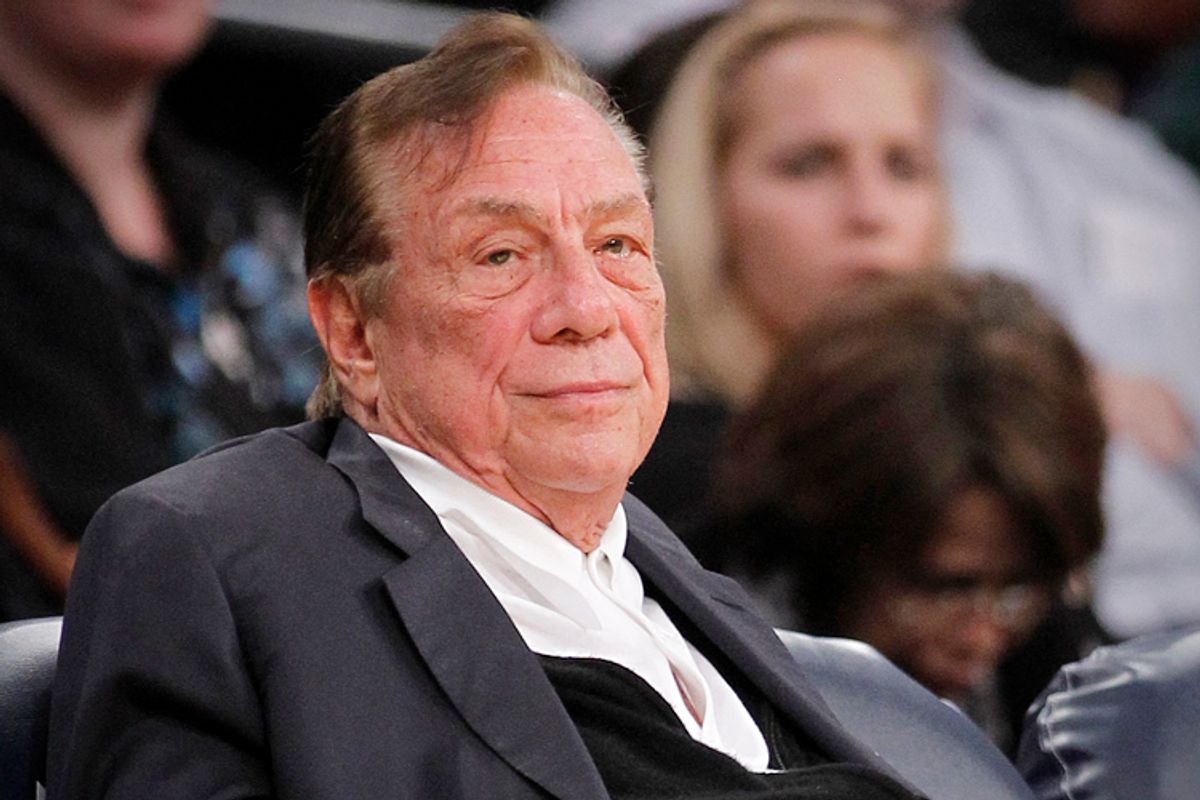 Background: Prior to 2014, Los Angeles Clippers owner Donald Sterling was your average overly tanned real estate mogul with a history of racist behavior. In 2009, Sterling paid a $2.765 million settlement for discriminating against black and Latino renters in Los Angeles apartment buildings. What happened this year maybe shouldn't have come as a surprise.

The controversy: On April 25, TMZ Sports released audio of Sterling telling his girlfriend, V. Stiviano, not to bring black people to Clippers games. (This in response to spotting a photo of her and Magic Johnson on Instagram.) "It bothers me a lot that you want to broadcast that you're associating with black people. Do you have to?" he asked. "You can sleep with [black people]. You can bring them in, you can do whatever you want. The little I ask you is not to promote it ... and not to bring them to my games." Classy!

The response: While Donald Trump remained loyal to Sterling — "[Stiviano] was baiting him and she's a terrible human being," he said — the rest of the country turned on him pretty quickly, not to mention emphatically. The uproar over Sterling's tirade even reached such a fever pitch that President Barack Obama sounded off on it, calling the remarks "incredibly offensive racist statements."

"I don't think I have to interpret those statements for you, they kind of speak for themselves," Obama continued. "When ignorant folks want to advertise their ignorance, you don't really have to do anything. You just let them talk. And that's what happened here."

Magic Johnson, meanwhile, refused to attend Clippers games while Sterling still owned the team. LeBron James said, "There is no room for Donald Sterling in our league." The Clippers themselves protested Sterling's remarks by wearing their warm-up T-shirts inside out.

It only took four days for NBA commissioner Adam Silver to announce that Sterling had been banned for life from the league and fined $2.5 million to go toward "anti-discrimination and tolerance efforts." "This has been a painful moment for all members of the NBA community," he said at a press conference announcing the league's decision.

Almost immediately, NBA players and owners took to Twitter to express their support of the ban:

Where is he now?

Sterling recently backed out of a plan to distribute toys at a housing project in Los Angeles because, according to the LAist, "his security team feared for his safety while racial tensions are running high across the country." He was also recently named Worst Communicator of the year by USA Today.

Other than that, he is probably doing what any billionaire does after he's fallen out of favor: retreat to his all-white penthouse on the 60th floor where he throws various kinds of Asian knives at 3-D-printed replicas of Adam Silver.