The year in Jon Stewart: Still the king of political comedy

The comedian was in the public eye for more than just "The Daily Show" in 2014, and it was pretty refreshing 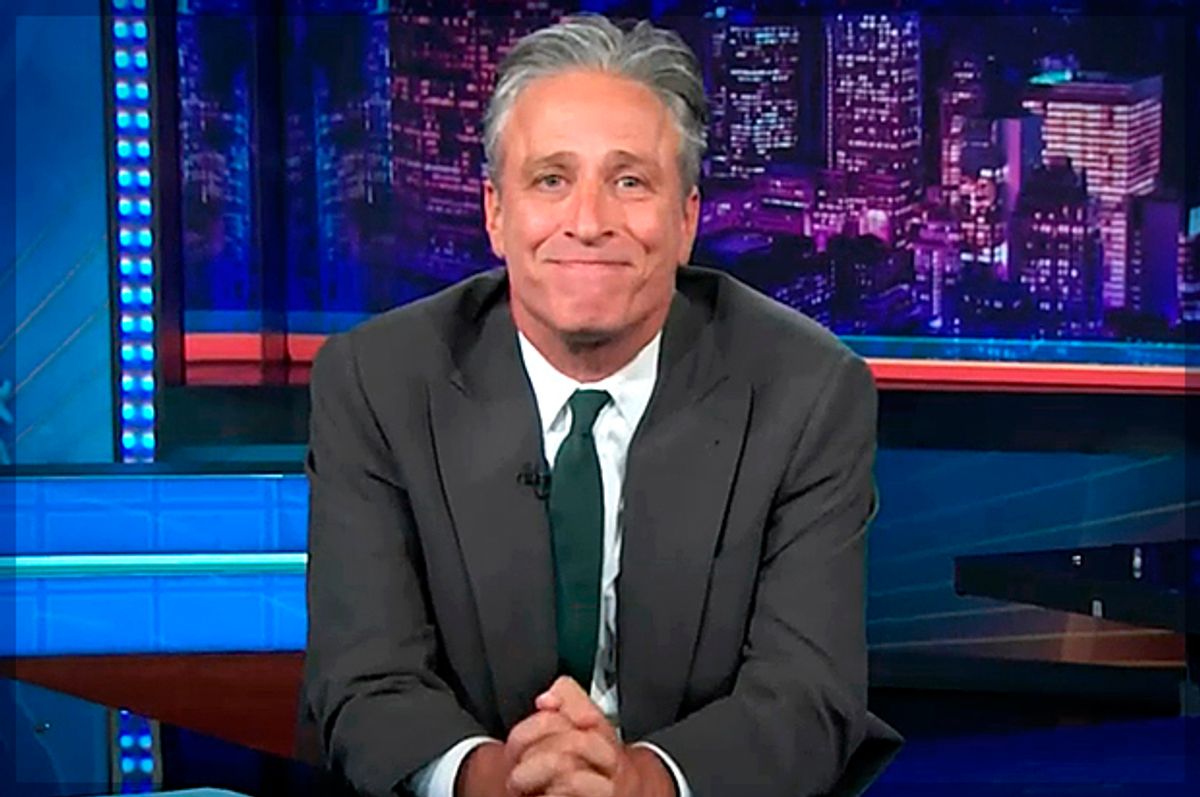 This year saw the "fake news" landscape shift in unexpected ways, with the departure of "The Colbert Report," and the swift rise of John Oliver. But through all of the changes, we've had the steady, but never boring, voice of Jon Stewart leading the way.

Since 1999, Jon Stewart has been at the helm of "The Daily Show," offering an outlet for disaffected liberals and helping to foster an entire generation of comedy stalwarts. And while some have grown tired of his trademark snark, there is still no doubting his impact on popular culture.

This year was an eventful one for Stewart, who branched outside of the world of comedy with his directorial debut, "Rosewater." More so than ever, people are wondering what "The Daily Show" looks like after Jon Stewart. But that time hasn't come just yet.

Here were his best moments from 2014:

One of the most amazing aspects of Jon Stewart's "The Daily Show" is its ability to nurture, support and elevate an impressive group of comedians. This was made quite apparent in 2014. Here's a taste of the incredible voices of "The Daily Show":

"Jessica's Feminized Atmosphere" shows why Jessica Williams is the greatest.

Samantha Bee does a perfect interpretive dance about "Morning Joe."

In 2014, Michael Che came and went (from and back to "Saturday Night Live," specifically). But during his short tenure at "The Daily Show," Che made a major mark, as evidenced by this great segment:

And we cannot overstate how fantastic Kristen Schaal was in this segment lampooning GOP campaign ads directed at women:

Stewart, meanwhile, had some great moments himself.

He was at his best when he stripped away some of the jokes and showed viewers a little vulnerability. Case in point: His response to the lack of an indictment for the officer who killed Eric Garner was particularly affecting.

And his interview with Howard Stern to promote "Rosewater" was incredibly revealing:

Stewart has gotten grief over the years for failing to sufficiently challenge the controversial figures who appear on "The Daily Show." So we were relieved when he admitted that he lost sleep over a softball Donald Rumsfeld interview:

Stewart was also in fine form as cable news critic, lampooning CNN and decimating Fox News with a relish that never really gets old. This segment, where he lays into Fox News on the issue of corporate welfare, was a standout:

Here he mocks CNN, on CNN:

And then, of course, there were a few segments that we just could not shake, like this great one about Benghazi:

Or his perfect response to the celebrity hacking scandal:

Or when he reexamined how a bill becomes a law in this amazing piece:

But, for our money, there was no better "Daily Show" moment this year than the immediately controversial and instantly classic segment in which Stewart and correspondent Jason Jones highlighted the disturbing racial politics of the Washington NFL team and its defenders: