I get it – you’re an atheist. You should still capitalize “God”

Using a lowercase "God" is like Fox News hacks saying "Democrat Party." It shows dumb disrespect to others, grammar 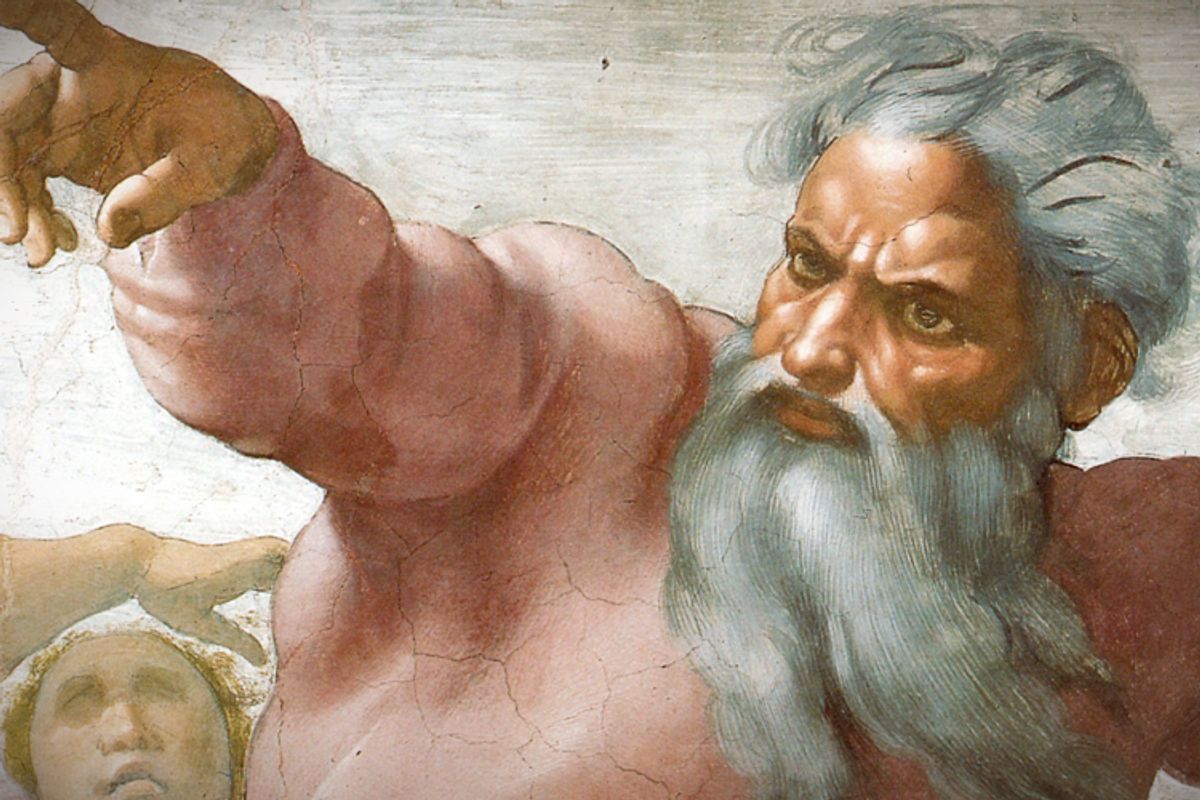 In a world wracked by war, climate change and economic inequality, this may seem a trivial point. In fact, it almost certainly is. And in a “new atheism” debate characterized by mutual bitterness and rigidity, I don't want to pour any more kerosene on seemingly eternal fires. But might I ask for one last, tiny little favor, perhaps in the spirit of the New Year?

I get it. You don't believe in a supreme being. That's fine with me. What anybody believes or doesn't believe is their call. You may believe that the world would be a better place without organized religion. Having seen organized religion in action, I'm inclined to say you may be right. You may believe that even private, reflective, personal religion is harmful, although I don't see that myself.

But none of that's relevant to the topic at hand. We're not talking about God as a theological concept or God as a historical force. We're talking about “god,” a punctuational neologism that I hope never catches on.

I'm hopeful, but not optimistic, since more and more writers seem to be using it. A couple of recent examples: Edwin Lyngar, who seems to be a good guy, employs it in an otherwise excellent piece about the aggressive Christianization of our armed forces. Lyngar writes that “a technical sergeant stationed at Creech Air Force Base in Nevada is being denied reenlistment unless he agrees to swear 'so help me god.'”

The fact that this is happening in today's armed forces is genuinely appalling, and we thank Lyngar for bringing it to our attention. But “God” should be capitalized here, and in the sentence that follows: “Modern attempts to force 'god' into inappropriate parts of the public sphere is a Cold War relic.”

Then there's the piece by an atheist named Loren Miller titled “Is god good?” That question has been debated for centuries – but with a capital “G.”

I understand why some atheists might want to write “god” instead of “God.” If you believe that the word describes a human phenomenon rather than a genuine and existent deity, it might seem appropriate to use the lowercase form. But it's not.  If you are referring to the singular and all-powerful deity of monotheistic tradition, you are using a proper name. That means the capital “G” is a must.

You’ve said it a thousand times, and I get it: You don't believe in capital-G God any more than I believe in Tinkerbell. That doesn't change anything. (See what I did there? I don’t believe in an entity named “Tinkerbell.” But since it is the proper name of a, yes, fictional character, I capitalized it.)

The “god” construct, however it's intended, looks like an ungrammatical affectation. It makes the writer seem petty and silly, like those Republicans on Fox News who talk about the "Democrat" Party. It also seems intended to show disrespect to the beliefs of others (who shouldn't care, but some of whom undoubtedly do).

The true nature of creation may be in dispute, but the proper usage in this case is not. Webster's Dictionary tells us that a “god” is “a spirit or being that has great knowledge, strength, power, etc.” while “God” is “the perfect and all-powerful spirit or being … worshipped by Christians, Jews, and Muslims ...”

One is a noun. The other is a name. If it weren't a name, it would be necessary to use a different sentence construction, as in: “They forced the sergeant to swear to the god,” or, “Is the god good?”

The atheist/religionist debate concerns nothing less than the fundamental nature of the cosmos. It involves issues like the fundamental ground of being, life after death, the soul, and the origin of all existence. If anybody wants to argue those things, be my guest. But now we're talking about grammar.  When you don't capitalize a proper name like God's, you're violating a fundamental principle of grammar.

You heard me right: grammar! You don't want to violate the laws of grammar, do you? I mean, seriously: Is nothing sacred?