The NRA is losing: Moms Demand Action's Shannon Watts on what the media's missing on guns 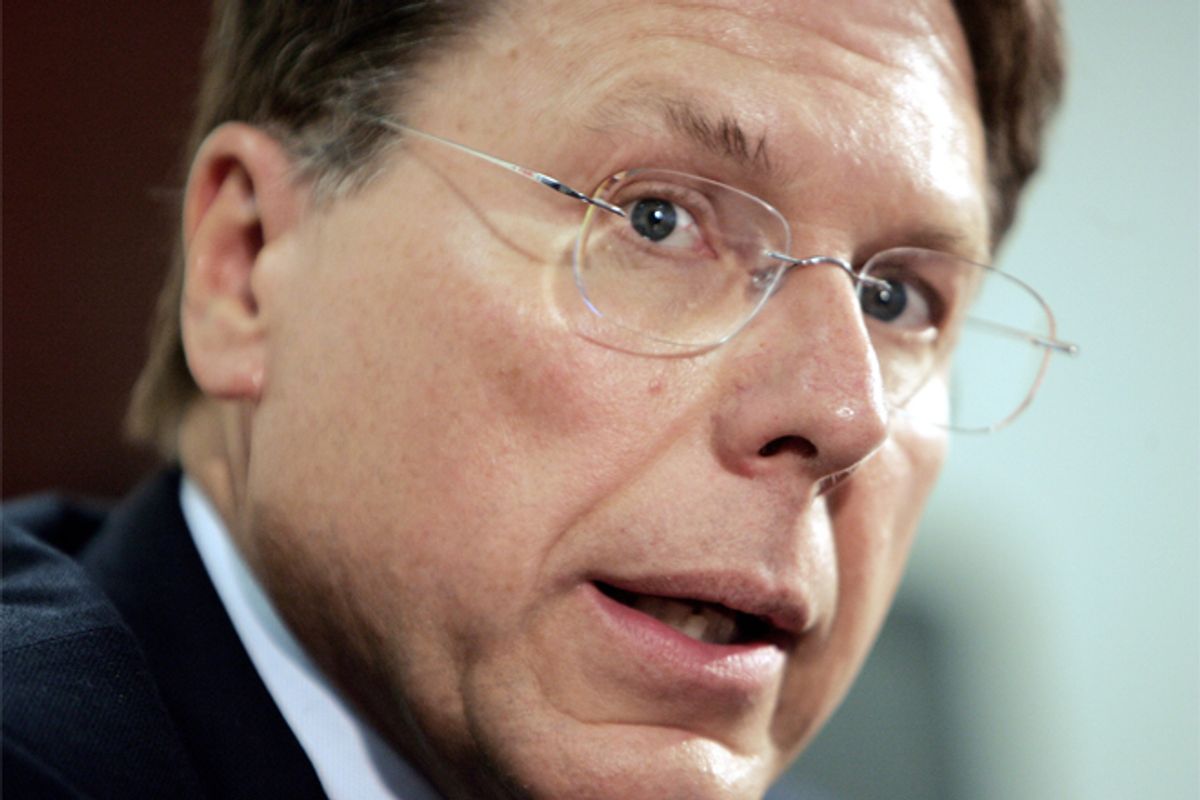 In the more than two years that have passed since Adam Lanza murdered 26 people at Sandy Hook Elementary School in Newtown, Connecticut, the politics of guns in America has changed dramatically. Or at least that's been conventional wisdom since President Obama decided to buck a decade-plus of Democratic Party strategy and make gun safety legislation a major issue once again. But the bill Obama endorsed didn't pass, and according to the FBI, we're now seeing more mass shootings than ever.

Another, more recent setback for the gun-safety movement was a poll from the Pew Research Center released in early December that found support for "protecting right of Americans to own guns" at an all-time high, besting "controlling gun ownership" by 52 to 46 percent. But as Bryan Schatz of Mother Jones recently reported, gun-safety advocates — not just professional activists, but researchers and academics, too — believe that the Pew poll's phrasing is deeply flawed, pitting rights against each other that in reality need not be in conflict.

Recently, Salon spoke over the phone with Shannon Watts, the founder of Moms Demand Action For Gun Sense In America, about the Pew poll, how the gun-safety movement is like the fight for same-sex marriage, and the recent local and state-level victories by reformers that the media has missed. Our conversation is below and has been edited for clarity and length.

Were you surprised by the Pew poll's results?

No, they didn't surprise me, because Pew keeps using this old and poorly crafted poll question — and it really perpetuates this outdated idea that we have to choose as a country between protecting gun rights and supporting public safety. But that's a false choice.

We don't have to choose between protecting the Second Amendment and measures that have been proven to prevent gun violence. Ultimately, there are responsibilities that go along with gun rights. And measures like background checks, keeping guns out of the hands of dangerous people, like domestic abusers, all of these save lives. Pew asks you to choose between the two, and you don't [have to].

Most Americans don't know where we're starting on this issue. The Pew question assumes that people understand that there are background check loopholes and that, every year, 40 percent of gun purchases are made without background checks (because you can avoid having to do a background check by buying from a private seller). So if Americans are going into these questions and answering them without that ... context, then the answers are going to be skewed.

Is the belief that it's an either/or choice something you come up against often when talking with and reaching out to regular people?

That certainly exists, the idea that it's an either/or [choice], because the NRA and the gun lobby in general has sort of said, Gun ownership should be completely unfettered! It should not be subjected to the same limits as other Constitutional rights like, for example, freedom of speech. (I can't go yell fire in a crowded theater, for example.) And there's this idea that because it's in the Constitution, there should be absolutely no responsibilities written into law that protect other Americans...

One of the bits of the Pew poll I thought was interesting was the large increase in support for gun rights from African-American respondents, who viewed guns as useful for self-defense to a degree that wasn't reflected among other non-white respondents. Do you use different messaging with African-Americans than you do for other communities?

No, we don't. At the end of the day, when you look at polls that ask questions in the correct way, you have 90 percent or more of Americans supporting background checks — and obviously that includes people of all backgrounds and all colors...

What we have found is that this issue impacts a broad spectrum of people in different ways. Obviously, it affects the African-American community severely ... But if you look at the latest polls, if you ask Asian-Americans [about gun safety], this is in the top 3 issues for Asian-Americans. And it polls very highly for Hispanic-Americans as well...

But do I think the gun lobby will try to exploit [divisions] within different communities and manipulate information and try to paint a picture that's not accurate? Yeah, I do, I think they're going to do that. If you look at the messaging the NRA puts out all the time, it basically takes an incendiary issue and tries to make [its target] population or community incredibly afraid of a [threat] that does not, in reality, actually exist.

As I'm sure you've noticed, the media's interest in the issue of gun violence and questions about gun safety legislation has waned significantly since Sandy Hook and the killings at UCSB. What are the stories that we're missing?

The media constantly ... writes this narrative that because background checks didn't pass [in 2013] and because the gun lobby is so strong, nothing is ever going to happen; we might as well all just throw our hands up in the air and go home. And I don't understand it ... because that's not the narrative on immigration; nothing happened [legislatively] on immigration and people aren't saying, Oh, well, this issue's over; everybody pack up your bags, don't try this again! There are so many different issues out there that people are fighting for, and yet this is the one that the media constantly paints a picture of being bleak and hopeless and it is so the opposite of that.

I'm in the trenches every single day, I'm part of a grassroots organization that is fighting every single day; and we are winning. If you look at what we've done in the states alone — in 2013, we helped close the background check loophole in several states (Colorado, Connecticut, Delaware, Maryland, New York) ... and then we built on that this year. We got six different states, red and blue, to pass laws that would keep guns out of the hands of domestic abusers. And those were signed by [governors] from both parties ... And then we went to Washington State where our moms were a huge part of the success of getting I-594 passed with 60 percent of the vote ... And this is something we can take to two-dozen other states ... to get [similar] initiatives passed there ... We passed a critical gun-violence restraining bill in California, which is a prototype that we can take to other states ...

We have had huge success with our corporate campaigns. We decided that this was very much a cultural issue, so we took this issue to companies and said, You need to have policies around guns just like you do [for] attire, outside food, smoking, etc. And just in the last year we've gotten Target, Chipotle, Starbucks, Sonic, Jack in the Box, Chili's — we've gotten all these major retailers and restaurants to say, We don't want open-carry in our stores (in fact, some of them have said they don't want any guns in their stores).

If you look at how the acceptance of gay marriage came to be in this country, it was just like this; this is pretty much the playbook. You bypass Congress, you go straight to companies, you go straight to the state legislatures, you build a huge amount of momentum, you educate voters about this issue, and when they go out to the polls in 2016, hopefully you get a Congress in place that's going to do the right thing. Maybe they'll do the right thing before that, but we're not going to rest on our laurels.

That's mostly state-level. What about on the federal level, where the gun lobby is arguably strongest?

We now have a director of the [Bureau of Alcohol, Tobacco, Firearms and Explosives]; we now have a Surgeon General who is an outspoken advocate for gun-violence prevention and was hugely opposed by the NRA — I think the last time the NRA lost a Senate vote was in August of 2010 — so we are building momentum ... If you talk to any of our moms on the ground, they'll tell you they are feeling emboldened, they are feeling empowered, they are feeling like we're winning.