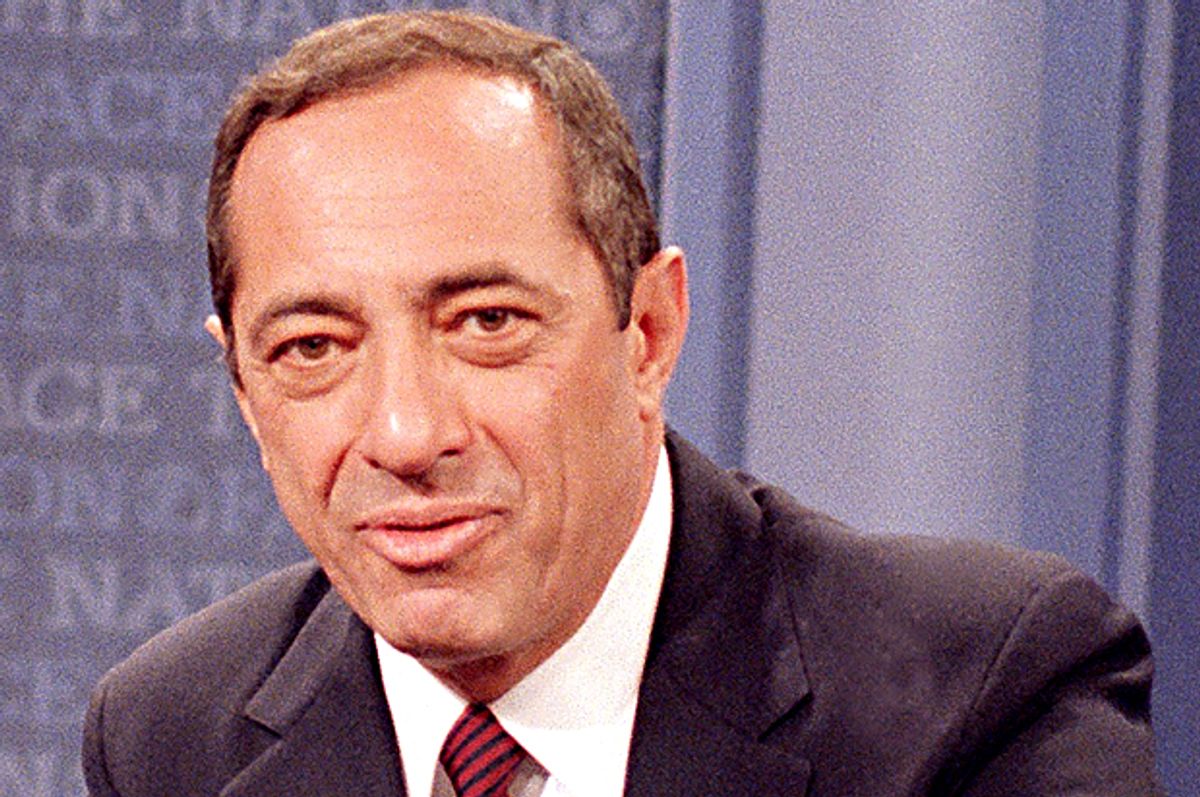 Former New York governor Mario Cuomo, who died on January 1 at the age of 82, leaves behind a vast political and personal legacy. But if he had to be remembered for only thing, I'd pick his ferocious adherence to one of the wisest and most conspicuously ignored tenets our country was founded on. I'd say it was his steadfast determination to keep his religion out of his duty as an elected official, to keep separate personal morality and public policy. And as a New Yorker, a woman, and a Roman Catholic, let me say thank you, Mario Cuomo, for refusing to become yet another male politician trying to dictate female reproductive rights – even when that stance infuriated your own Catholic leadership.

It's not an easy thing to discern the difference between one's private beliefs and the greater good. It's a struggle not just reserved for politicians either. We prioritize, sometimes against our guts, as healthcare workers and juries and members of the armed forces. But it takes a particularly unique lack of ego -- one that's painfully rare in modern American politics -- to understand and to practice the ideal that a leader serves the people, not imposes his own desires.

In 1984, the governor gave a most impassioned, persuasive explanation of how he reconciled his religion and his Democratic politics in a lecture at the Catholic University of Notre Dame. In it, he firmly asserted, "My church and my conscience require me to believe certain things about divorce, about birth control, about abortion. My church does not order me," he added, his irritation at the notion obvious, "under pain of sin or expulsion -- to pursue my salvific mission according to a precisely defined political plan…. there is no Church teaching that mandates the best political course for making our belief everyone's rule."

Six years later, New York's John Cardinal O'Connor conspicuously attempted to do just that, ominously cautioning pro choice leaders in 1990 that "such Catholics must be warned that they are at risk for excommunication," and telling them "even to accept political defeat, should such be the result, rather than sacrifice human life."

But Cuomo, with his keen lawyer's mind, would not be cowed by veiled threats on his very soul. His understood his role, for the course of his terms as an elected official, was to uphold the law, and to serve all of his constituents equally – not just the ones who claimed allegiance to the Vatican. He refused to be bullied. He refused to vilify those whose faith or lack thereof put them on different moral ground. Thirty years later, his son, church-going "practicing" Catholic Governor Andrew Cuomo even more strongly took aim at "These extreme conservatives, who are right to life, pro assault weapon, anti-gay," saying last winter, "They have no place in the state of New York. Because that is not who New Yorkers are."

In standing up for choice, Cuomo acknowledged his respect for the law, for the health and well being of women, and for believers and non-believers alike. He said in 1984, "Apart from constitutional law and religious doctrine, there is a sense that tells us it's wrong to presume to speak for God or to claim God's sanction of our particular legislation and His rejection of all other positions. Most of us are offended when we see religion being trivialized by its appearance in political throw-away pamphlets." Amen to that. His personal beliefs would always his support for abortion conditional – political endorsement is not the same as moral acceptance. But that's okay. In fact, it's important, because Cuomo showed that you can defend and uphold choices you yourself would not make. That's called empathy. It's called effective leadership. It beats the hell out of the "If it isn't directly relevant to how I live my life, the rest of you can pretty much go to hell" policy that seems to dictate so much of both American politicians and business. It says, my faith should not be your law. Because as Cuomo so aptly explained, "This 'Christian nation' argument should concern -- even frighten -- two groups: non-Christians and thinking Christians."