Mitch McConnell has a "scary" plan to block climate action 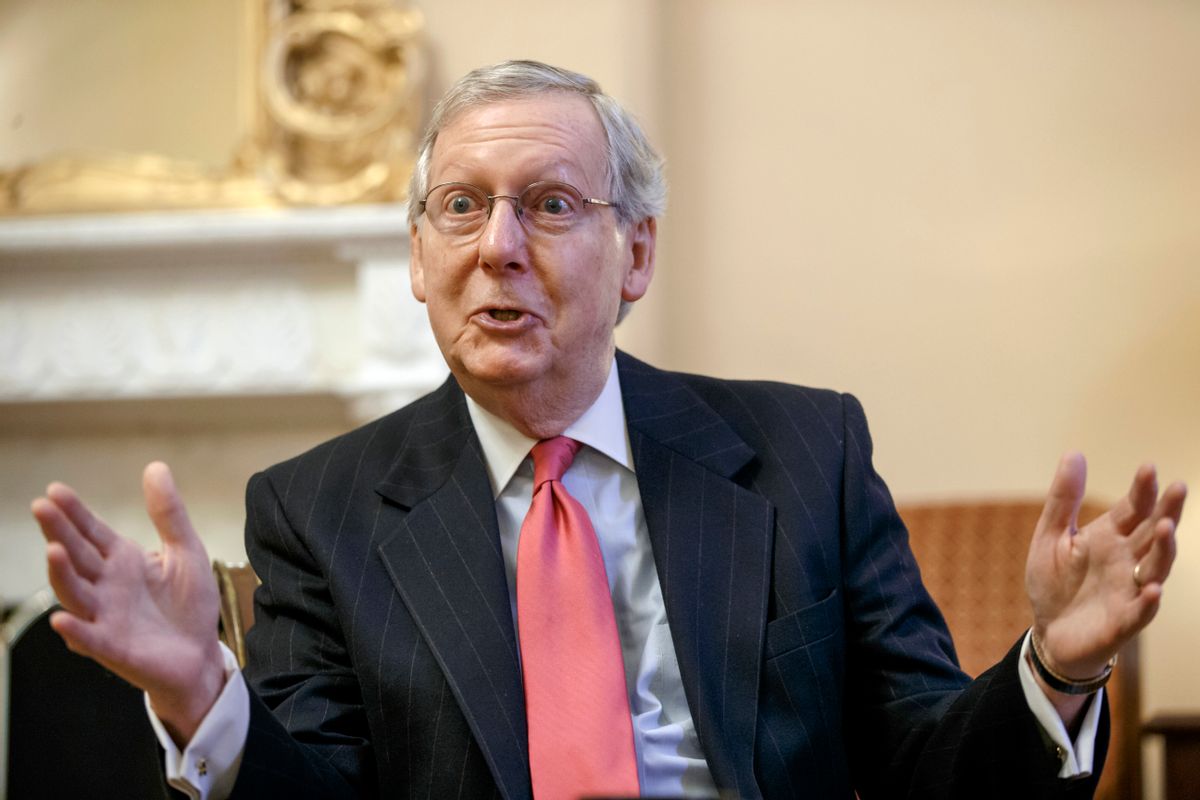 The Republican majority officially takes over the Senate this week, and Sen. Mitch McConnell is wasting no time in promoting his anti-environmental agenda. Appearing on CNN's "State of the Union" Sunday, the new Senate majority leader vowed to take action on things he says President Obama isn't going to like: "things like approving the Keystone pipeline, which would put a lot of people to work almost immediately, trying to do everything we can to push back against this overactive bureaucracy of the current administration that's created much job loss, for example, in my state, in the mining industry, coal mining industry."

McConnell said he trusts that Obama will be a willing negotiator on such policies. After all, he's not going after the "big" wins -- Obamacare is safe for now.

“I don’t want the American people to think that if they add a Republican president to a Republican Congress, that’s going to be a scary outcome," McConnell explained in an interview with the Washington Post.

Problem is, McConnell's self-proclaimed "deep responsibility" to, basically, block any and all efforts to mitigate climate change is scary. Downright terrifying, if you consider the insane, anti-science bills House Republicans have managed to pass, not to mention the importance of a strong U.S. climate policy in the lead-up to the international negotiations coming up at the end of 2015.

Fortunately, his optimism about bipartisan cooperation on these issues widely misses the mark: it comes just as the Obama administration is gearing up to address energy and climate policy in a big way. The EPA is expected to issue new regulations -- including a big one on methane pollution -- and to begin enforcing earlier rules. Obama, meanwhile, has been strongly hinting that he's ready to veto the Keystone pipeline. McConnell's promised that he won't allow the government to shut down -- if he's serious about that, and if the president stands his ground, then he'll have little recourse, even with the Republican majority on his side.

Speaking on "Face the Nation" Sunday, Sen. Chuck Schumer said that Senate Democrats would do their best to make amendments to the inevitable Republican Keystone bill, adding in provisions that would, for example, make it so that the bill would actually create jobs. But he emphasized that no amendments would be good enough to make the pipeline palatable. "I think there will be enough Democratic votes to sustain the president's veto," he said, adding: "We need a much different energy policy."