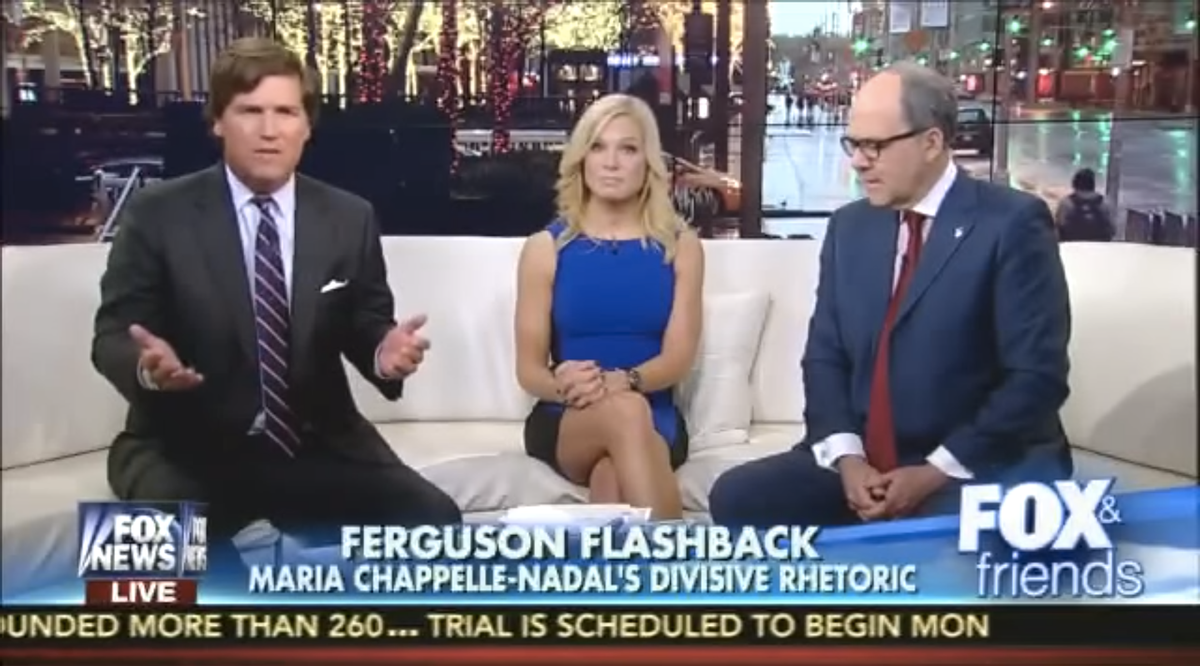 In the first tweet, Chappelle-Nadal invoked the somehow controversial topic of white privilege--a concept that refers to systematic oppression of people of color in the United States due to historical and now implicit bias, leading to fewer opportunities for advancement. While the idea is a fixture of introductory sociology courses in universities across the country, much of the country is still hesitant to accept that it even exists.

Fox host Peter Johnson Jr. said on the show that with her comments, Chappelle-Nadal was "perpetuating the race war that she announced in November... I don't know what she is proposing other than inflaming people over so-called white privilege and invoking the notion of a race war."

Chappelle-Nadal has been active in legal and community organizing efforts in the wake of the fatal shooting of teenager Michael Brown in Ferguson, Missouri.

Co-host Tucker Carlson chimed in, betraying his utter misunderstanding of the issue: "Here's the problem I have with it. It's not just that she's obviously an extremist, but she's a race hater. She attacks people based on the color of their skin. That's just not a good thing. That's not moral. It's wrong. It shouldn't be allowed."

"And two, she's an associate of the president," he went on. "Why is it that President Obama has people like this supporting him? Has people like Al Sharpton in the White House 70 times? People who are openly bigoted, openly racist, and nobody calls him on it?... Attacking people on the base of their race -- and this white privilege stuff is just that, it's attacking people based on their skin color, and I think we should call it what it is."