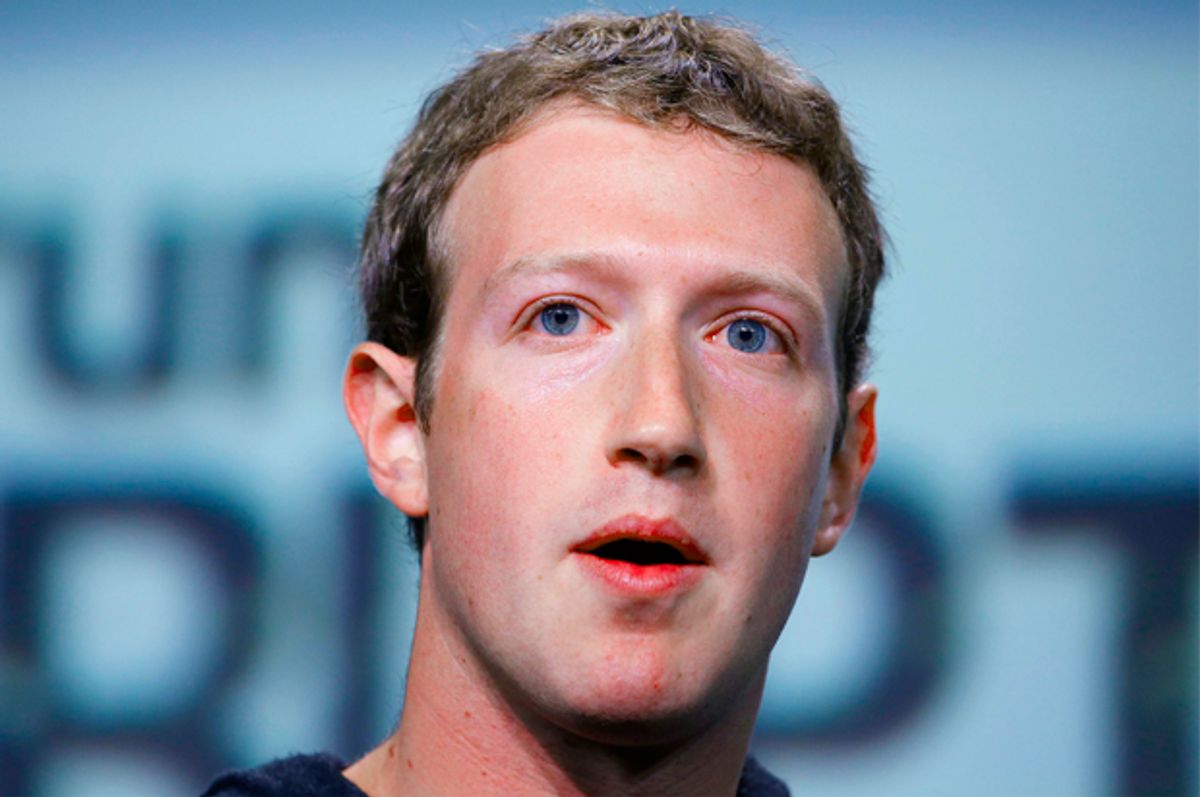 Facebook founder Mark Zuckerberg likes to set yearly challenges for himself. If he wasn’t already a billionaire, one might suspect he’s angling for a book deal with each stunt (“With My Own Bare Hands: 365 Days of Meeting My Own Meat”).  Last year, Zuckerberg decided to write a daily thank-you note, and the year before was dedicated to meeting someone new every day.  He’s learned Mandarin and how to wear a tie. And in 2015, he’s going to read a book every other week and discuss it on A Year In Books (a Facebook page, of course).

Zuckerberg crowd-sourced this year’s resolution on his Facebook page (of course), and various spins on a year-long reading project proved popular. Zuckerberg says he’s excited about reading 26 books this year, and describes the benefit of reading books earnestly, if in oddly clinical terms, as if describing the experience for the first time or to someone who’s never actually read a book: “I've found reading books very intellectually fulfilling. Books allow you to fully explore a topic and immerse yourself in a deeper way than most media today. I'm looking forward to shifting more of my media diet towards reading books.”

Book lovers might bristle at Zuckerberg lumping literature in with his “media diet,” which sounds like it should include a Twitter follower cleanse and an Instagram intervention, and wonder why it even needs to be stated that reading books can be “very intellectually fulfilling." It might go without saying, but then again, it might not. This is the state of our national reading culture: National Endowment for the Arts statistics (from its recent arts engagement survey) reveal American adults’ lukewarm reading habits. Only 55 percent read a book not required for work or for school in 2012. Older Americans ages 65-74—in other words, those least likely to know they have “media diets”—read more than their younger counterparts. For Zuckerberg to use his influence to champion actual books for a year, especially to those who would rather browse and click than crack a spine, seems like a cultural step forward for the U.S., at least.

What kind of books will Zuckerberg read? His first pick is a nonfiction book by economist and former Venezuelan Minister of Trade and Industry Moisés Naím, “The End of Power.” The Zuckerberg Effect, which could be the new Oprah Effect, is already happening. “The End of Power” is currently #8 on the Amazon overall books rankings and topping the sales lists of several politics and government subgenres, like economic history and international and world politics. According to the Wall Street Journal, “The End of Power,” named one of the best books of 2013 by the Washington Post and the Financial Times, had sold 20,000 copies before Zuckerberg’s announcement. Even so, many of the comments on the Year in Reading thread dedicated to Naím’s book are asking for negotiated group discounts and even free downloads, a nod to the differences in the spheres of influence Zuckerberg and Winfrey occupy.

Zuckerberg’s goal for his challenge is to emphasize “learning about different cultures, beliefs, histories and technologies.” That language, devoid of words like “pleasure” or “immersion,” along with his lumping in of books to the “media diet,” suggests he might lean heavily on nonfiction. Not that there’s anything wrong with that, but in a reading culture where only 47 percent of adults read even one single work of fiction, drama or poetry in 2012, it would be a huge boon to American literary culture to have a champion for creative works who’s as influential now—more so, even—as Oprah was in her book club heyday. (Imagine the relief when a small-press author learns she doesn’t have to shill her novel on Facebook to her own followers, that Zuckerberg will do it for her!)

Given Zuckerberg’s guidelines, Chimamanda Ngozi Adichie’s novel “Americanah” would be a fantastic novel pick, with its emphases on culture, immigration and race (especially since Lupita Nyong’o and David Oyelowo are slated to co-star in a film adaptation), as would Cameron Conoway’s “Malaria,” a collection that bridges science and art in a poetic examination of the disease that affects more than a million people worldwide every year. Anne Washburn’s “Mr. Burns, a post-electric play” would make a fine grid-failing dramatic companion to Emily St. John Mandel’s novel “Station Eleven.” And if Zuckerberg wants to be really brave about examining technology and looking inward, he might lead the discussion on Dave Eggers’ novel “The Circle,” a workplace satire set in the corporate headquarters of an immersive social network not very unlike Facebook itself. Giving equal time to literary works underscores their value to a well-rounded, "intellectually fulfilling" life.