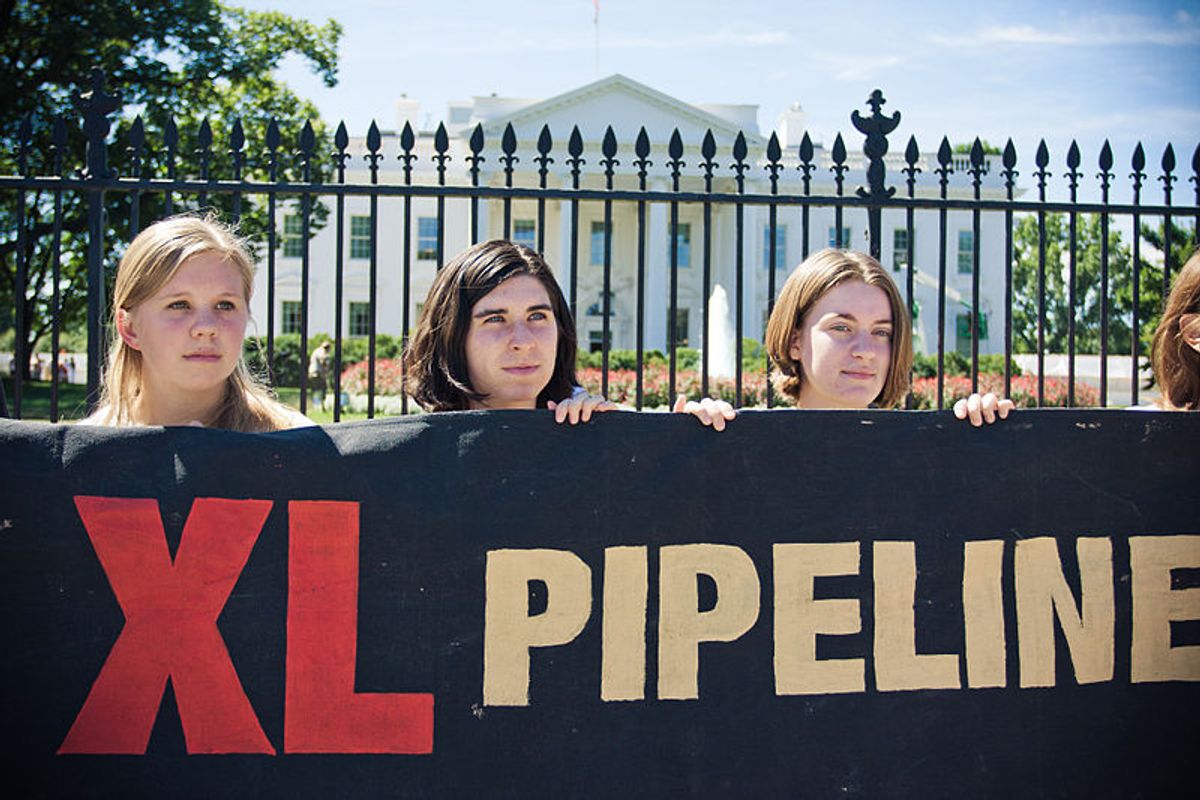 The newly Republican-controlled Senate made pushing through the controversial pipeline its first order of business: Sens. John Hoeven and Joe Manchin introduced legislation to that effect just this morning. The president has indicated that he's not buying any of the arguments about the project's potential benefits -- that it will create thousands of jobs and reduce our dependence on foreign oil, both of which are false -- and that he's concerned about its contribution to climate change, but this is the first confirmation that he's unwilling to cave on the issue.

"If this bill passes this Congress the president won't sign it either," said White House press secretary Josh Earnest. The Obama administration is currently in the process of what he called a "well-established process" of evaluating the pipeline's potential impacts, and is waiting on a key decision from Nebraska, which could end up blocking its planned route.

The Senate is set to vote on the bill Thursday, and the House is expected to vote on similar legislation Friday. But while the bill is almost certain to pass Congress, New York Sen. Chuck Schumer said Sunday on "Face the Nation" that it's unlikely to garner enough Democratic support to win a veto-proof majority.