"Presidential candidates are like Pringles, once you pop you can't stop! Give me more!" 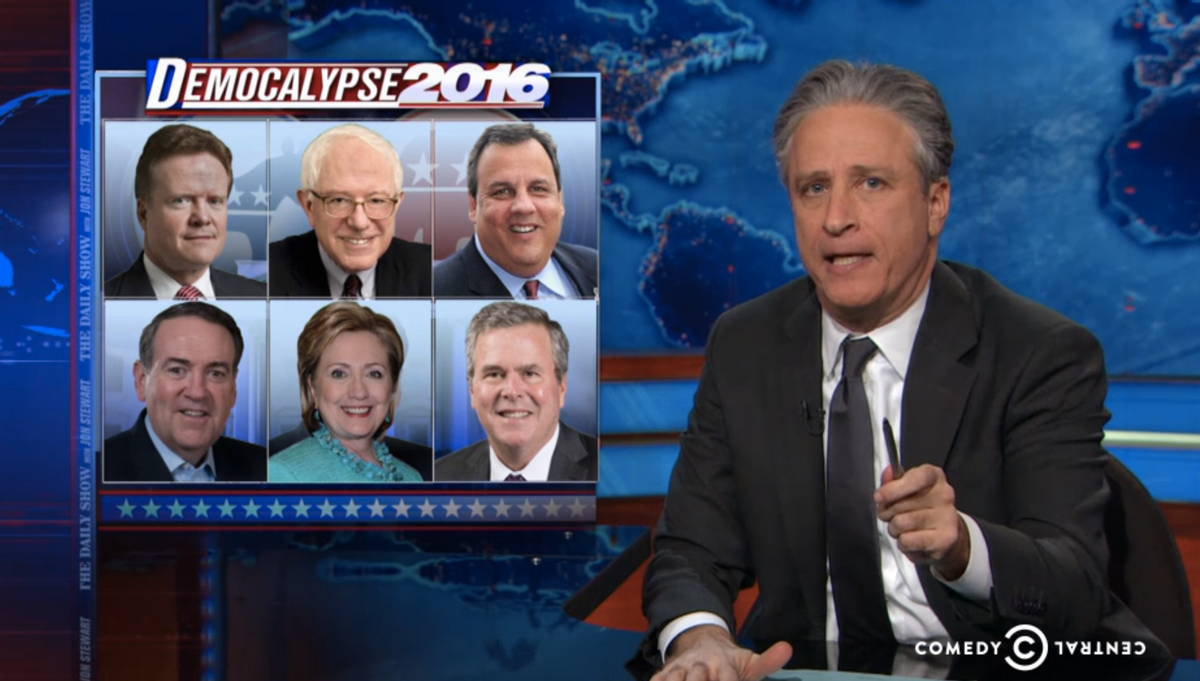 Last night on "The Daily Show" Jon Stewart welcomed the new year by taking a look down the line at potential 2016 candidates for president. No punchline went un-punched; no candidate got away unscathed.

Stewart began by jabbing Jim Webb and Bernie Sanders (the former for a campaign finance scandal, the latter for his "Doc Brown" haircut). "The Daily Show" host, however, reserved most of his zingers for Chris Christie, Mike Huckabee, Jeb Bush and Hillary Clinton. Watch the hilarious beginning of "Democalypse 2016" below: