A "Fox & Friends" segment turns into a lesson in "manners" 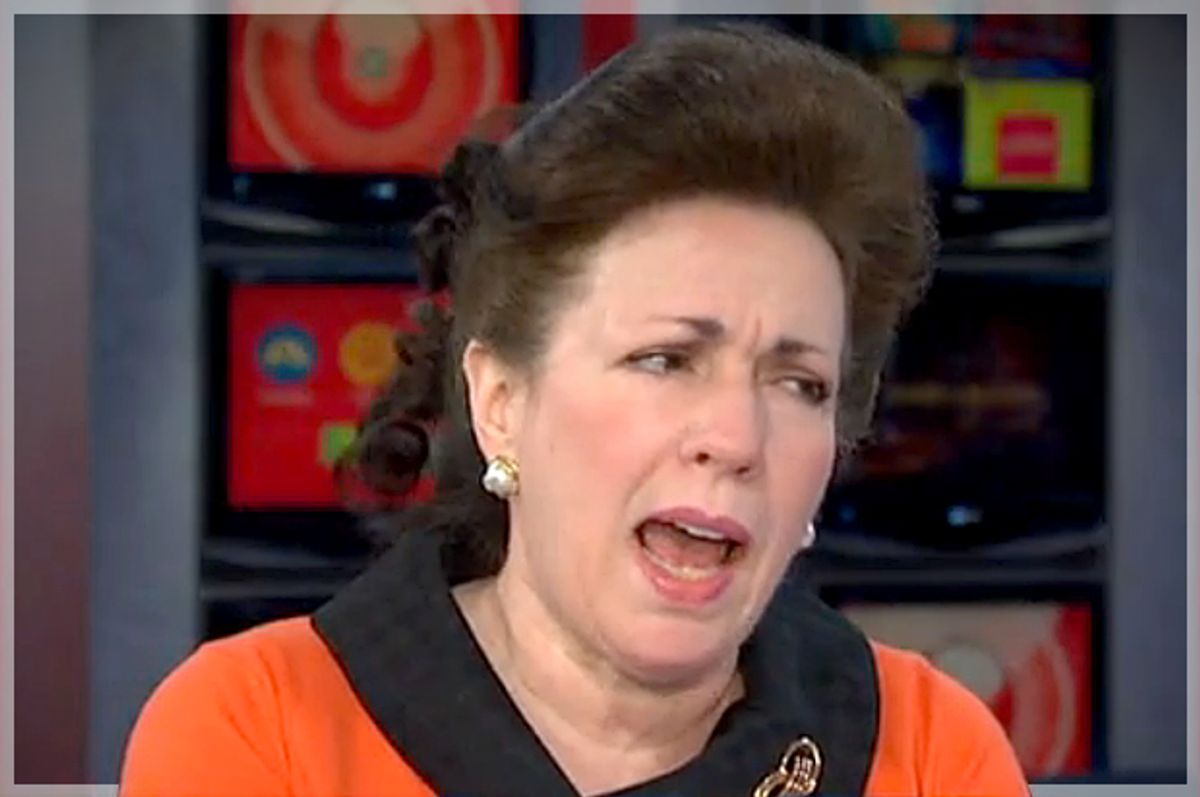 Two years ago, Susan Patton ago gained fame by firing off a letter to her alma mater advising its female students to snag a husband while they're young -- and she has somehow managed to wring a punditry career for herself out of it ever since. On Tuesday, she turned up on a "Fox & Friends" segment scarily called "Trouble With Schools," about a recommendation from a group of California activists for "consent education" for students in grades K – 12, and their assertion that "College is too late for people to learn about bodily autonomy and respect." Last month, Meghan Warner, director of the Associated Students of the University of California Sexual Assault Commission, explained the Huffington Post, "Consent is not just for intercourse. It's for all aspects of our lives, and people aren't understanding or being taught that." Naturally, this was spun out by Fox as a question of "Too much, too soon?" I know what I think about it; but let's ask someone who just last month described rape as "a learning experience"!

Speaking to host Elisabeth Hasselbeck, Patton began by saying, "I think the idea of talking to kindergarteners about rape prevention..." but then was quick to add, "I think the numbers that have been thrown around as to the frequency with which rape and sexual assault occurs have come into question, and have been debunked in a of number platforms" – in contrast to what she called "actual rape statistics." She then stepped up to fully take her umbrage, explaining, "It's absolutely absurd to even enter into a conversation with kindergarteners about sexual assault…. I think what we’re talking about here is body awareness or bullying or verbal harassment or recognize what somebody else’s space is and don’t violate it and don’t touch it, and keep your hands to yourself. This isn’t sex ed; these are manners."

Serious question: Do Susan Patton or any of the bookers on "Fox & Friends" know how to read and/or Google? As Hasselbeck herself pointed out at the start of the segment, the Take Back the Campus group wrote a recommendation for consent education about bodily autonomy and respect. Who said anything about giving five year-olds a rape and sex talk in between snack time and finger painting? Nobody, that's who. Get a grip, people.

But that didn't stop Patton, who said, "Just like I don’t think sex ed belongs in school — we shouldn’t be teaching sex ed in school, that’s something parents should be teaching their children — manners, which is really what we’re talking about here. Keep your hands to yourself, don’t be bullying anybody, you don’t touch somebody, you don’t want them to touch you, you tell them not to. Again, this is manners, this isn’t sex ed… And even that should be taught at home."

Over at Raw Story, writer Dave Edwards suggested Tuesday that the problem with Patton's segment was that she suggested that "Young children should not be taught about rape prevention because bad manners were often mistaken for molestation."  Jezebel similarly reported that "Princeton Mom: Most Rape and Molestation Is Just 'Bad Manners.'" But I don't think that's what she was saying – even though I do think she was wildly off the mark. I think the real problem is she failed to understand that the journey to lowering the odds of becoming both a victim and an assailant begins early. That's what the Take Back the Campus recommendation is all about. And it's remarkably simple. Rape isn't a "manners" issue like failing to send a thank you note is, but it is an act rooted in a desire control and a lack of respect. It doesn't spring out of nowhere. You've got to lay down a lot of groundwork before somebody takes a notion to sexually assault somebody else. You've got to have a mindset that believes you're entitled to do that.

A five year-old is unlikely to be a sexual abuser – but every abuser was once a five year-old kid. In the past few years, consent awareness campaigns aimed at adults have shown success in changing attitudes and lowering sexual assault rates. Why wouldn't they be effective as a long-term educational initiative? Not all rapists are monsters with knives waiting to jump out the bushes. Often they're your friends and classmates and colleagues, people who, if they'd learned a little more empathy and a little less arrogance along the way, might have behaved differently. And getting back to kindergarten, unfortunately, any child may be a victim, and therefore could benefit from hearing about basic concepts around boundaries and autonomy – concepts that might well contradict what the child is experiencing at home.

Any time a teacher reads "Hands Are Not for Hitting," the class is getting a lesson in consent. Any time boys and girls work together on a project, they're learning about respect and getting along. Yes, it's manners, but it's also the foundation of how you treat your fellow humans, and it influences the man or woman you're going to become. That's what an age-appropriate education, one that isn't just about your future SAT scores so you too can get into the Ivy League, is all about. And in the Princeton Mom's world, that's apparently still "too much, too soon."