YouTube star Grace Helbig moves to late-night TV: Will a new audience get the joke? 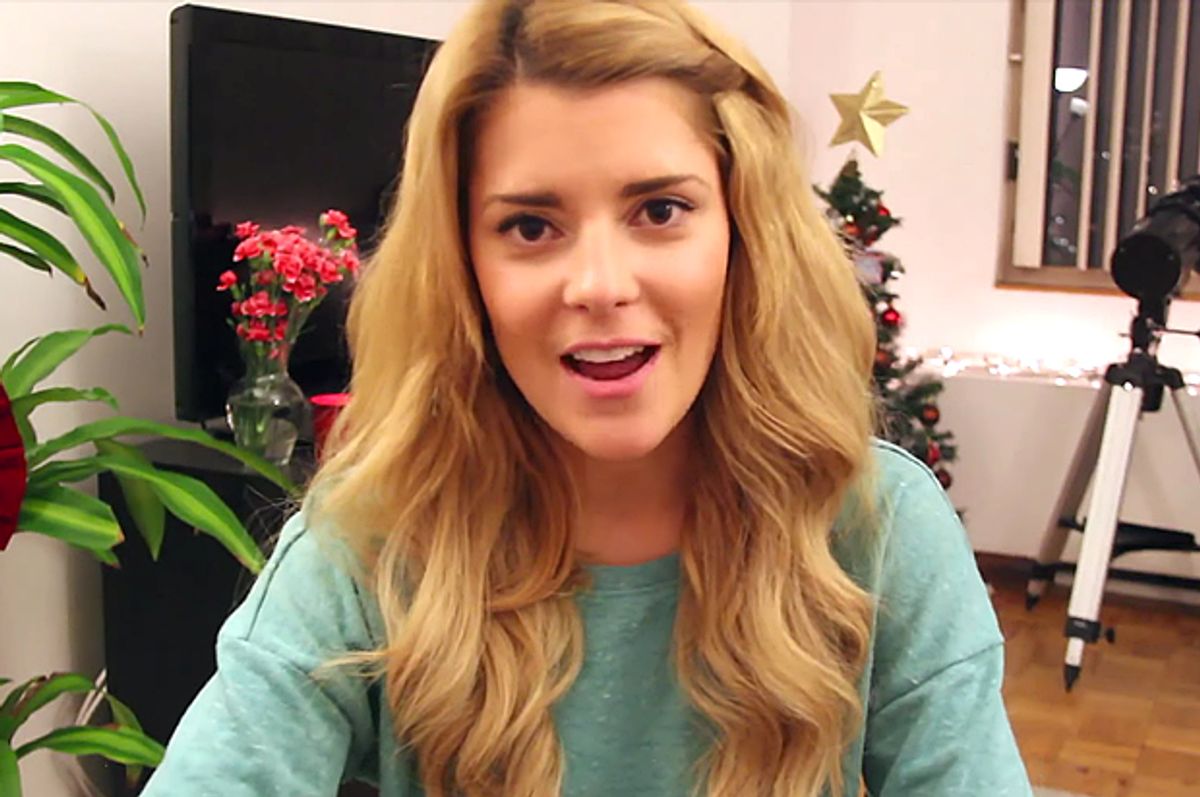 The newest prime-time talk show host didn’t come from the ranks of stand-up specials, network sitcoms, sketch comedy or Comedy Central. 29-year-old Grace Helbig is a YouTube sensation, one with advertising deals and a subscribing audience of more than two million, mostly millennials, that E! surely hopes will follow her from their mobile devices to old-school cable TV where “The Grace Helbig Project” will debut in April.

Before you turn up your nose at a YouTube star, know that the creator of the show “It’s Grace” and the podcast "Not Too Deep" turned her book “Grace’s Guide: The Art of Pretending to Be a Grown-Up” into a New York Times bestseller on the strength of her online following. Her new show promises a high level of digital fan interaction through social media, beyond The Tonight Show’s “Celebrities Read Mean Tweets” approach—digitally-savvy Tumblr and Snapchat users who are already used to being able to connect with Helbig online won’t have to give that up.

Chelsea Handler’s seven-year run on E! with “Chelsea Lately” ended last August, leaving even more of a paucity of female talent leading the evening talk circuit, despite no shortage of actual female comic hosting talent available (Sarah Silverman, Amy Schumer, Amy Poehler, et al). This is especially true on the networks, where guys from the conventional comedy pipelines, like Comedy Central’s Stephen Colbert and Saturday Night Live’s Seth Meyers, prevail. So Helbig’s news is, depressingly enough, big news just on the basis of her gender. But it’s also big news for YouTube as a medium. If Helbig is a hit, that’s good news for her fellow channel creators, too.

The cable network describes Helbig’s venture as “a hybrid comedy show that will feature the comedienne's fresh take on what's trending in pop culture, as well as exclusive interviews with various celebrity guests.” But we shouldn’t expect a Joan Rivers-style gossip evisceration. Helbig’s current on-camera persona is charming but deliberately awkward, and without the sharp teeth you might expect. New York Times critic Jason Zinoman cites her “generally sunny” outlook on pop culture, in contrast not only to past E! hosts Handler and Rivers, but to most of the Internet, too. She’s not as comically volatile as “Broad City” creators Abbi Jacobson and Ilana Glazer and nowhere near as dark as Schumer or Silverman. She’s tangent-prone, self-deprecating, and appears to be constantly distracted, with a comic sensibility that could be called "random" but is obviously anything but.

That’s not to say Helbig lacks an edge, but it’s tempered with a nerdy sweetness that may or may not translate to cable TV. YouTube performers work from a specific point of connection with their audiences. YouTube is intimate, and the fourth wall is nonexistent. Helbig works frequently in direct address, especially on her weekly diaries, and she doesn’t always focus directly on the camera. She employs abrupt edits, especially at the juncture when a joke strays into almost-too-weird territory. It’s crucial that she appears like she’s just freestyling in front of a webcam for her friends-only vlog, not self-consciously angling for laughs, which she wouldn’t be able to hear anyway. Her YouTube material is part pop culture-inspired confessional, part interviews with guests, and part awkward lifestyle satire, like this cooking tutorial, "Turn Downs For What":

It’s not clear how that lo-fi charm will translate to the sharper TV format. If Helbig comes off as too produced or over-written, she could lose her off-kilter appeal, but if her approach seems too ramshackle for E!, even, new viewers might not get the joke. Here's hoping that she and the network are given enough time to adapt and find a sweet middle ground together.