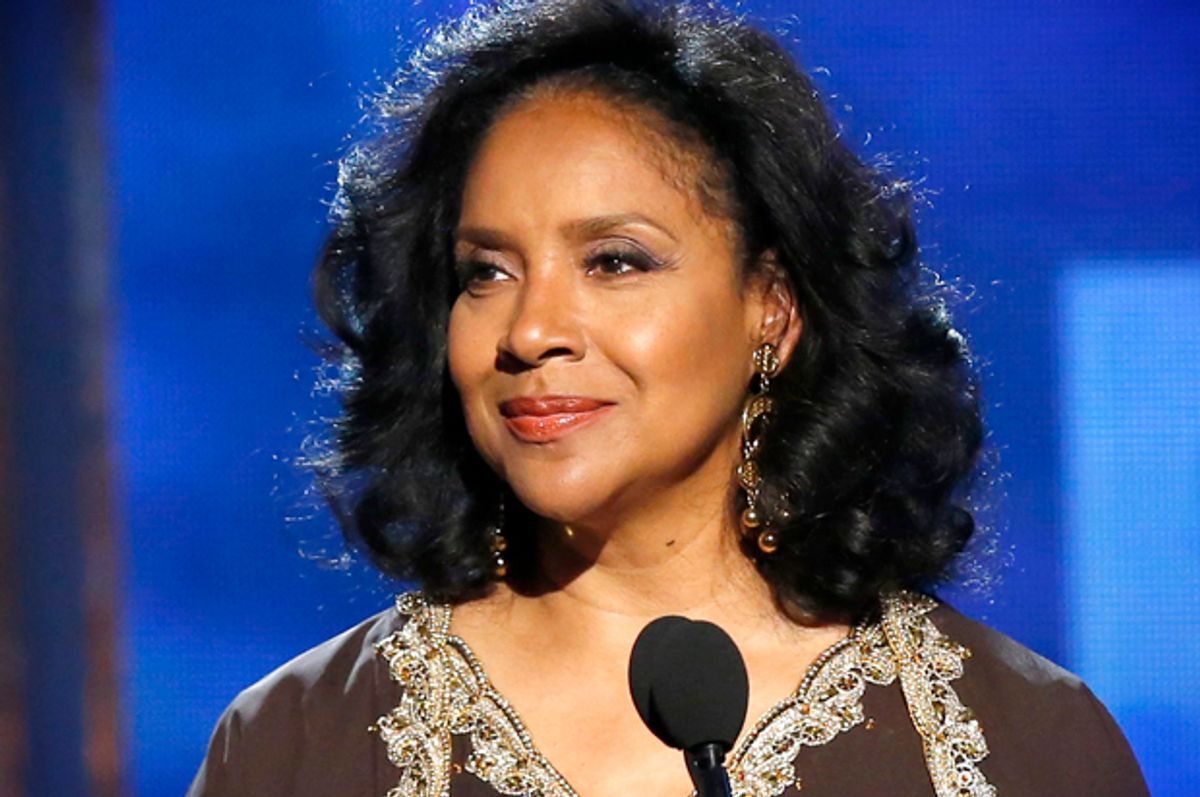 Phylicia Rashad has kept quiet on the nearly two dozen women who have accused her former TV husband Bill Cosby of sexual assault -- until this week. On Tuesday, the former "Cosby Show" star broke her silence in an interview with Showbiz411, offering a sharp defense of her longtime co-star and urging the public to ignore his accusers.

At a lunch celebrating the film "Selma," Rashad told Showbiz 411's Roger Friedman that she "loves" Cosby but expressed reluctance to "become part of the public debate." Still, she had harsh words for Cosby's accusers:

“Forget these women,” Rashad said. “What you’re seeing is the destruction of a legacy. And I think it’s orchestrated. I don’t know why or who’s doing it, but it’s the legacy. And it’s a legacy that is so important to the culture.”

Rashad dismisses claims from both Beverly Johnson and Janice Dickinson. “Oh, please,” she said when their names came up. She also is quick to defend Camille Cosby. “This is a tough woman, a smart woman,” she told me. “She’s no pushover.” There is no question, Rashad said, that Camille Cosby has not been complicit or looked the other way as her husband terrorized women for the last 50 years.

She said, “Someone is determined to keep Bill Cosby off TV,” alluding to people other than the women. “And it’s worked. All his contracts have been cancelled.”

Rashad went on to suggest that Cosby might be "too proud" to defend himself against the allegations, a possible explanation for the comedian's overwhelming silence in response to his numerous accusers. But, Rashad added, there also doesn't seem to be much Cosby can say now. "If he spoke now," she said, "what do you think the media would do with it?”