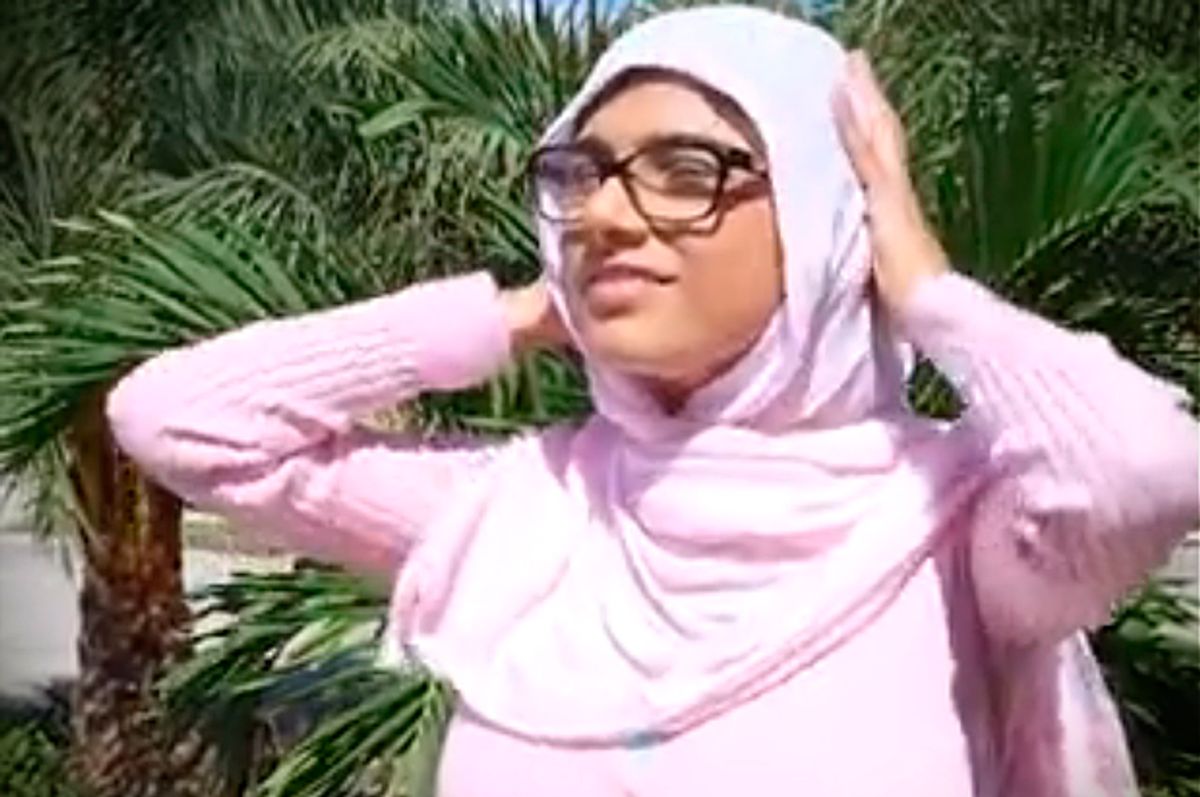 Then came the death threats. Twitter user @UsainAnnan posted a still from an ISIS video with Khalifa's face replacing that of a hostage.

She received messages like, "pornstars should fucking commit suicide. hope this bitch gets stoned alive" and "ur head will be cut soon inshallah" (to which she responded, "long as it's not my tits. They were expensive"). There were many more tweets that fell short of threatening violence but expressed disapproval with a political or religious bent -- for example, "am a Palestinian patriot and what you are doing is shameful," "This will be so funny when you die and find out there is a God hahahahahaha" and "You do realize that you'll be the first person in Hellfire right?” (which prompted her to tweet, "I've been meaning to get a little tan recently").

“@abdallahbakrr: @miakhalifa ur head will be cut soon inshallah” long as it's not my tits. They were expensive. — Mia Khalifa (@miakhalifa) January 5, 2015

Khalifa doesn't seem interested in shying away from the controversy. She recently tweeted:

Doesn't the Middle East have more important things to worry about besides me? How about finding a president? Or containing ISIS?