"A less friendly, less comforting place": Steve Greenhouse on the end of an era in labor reporting 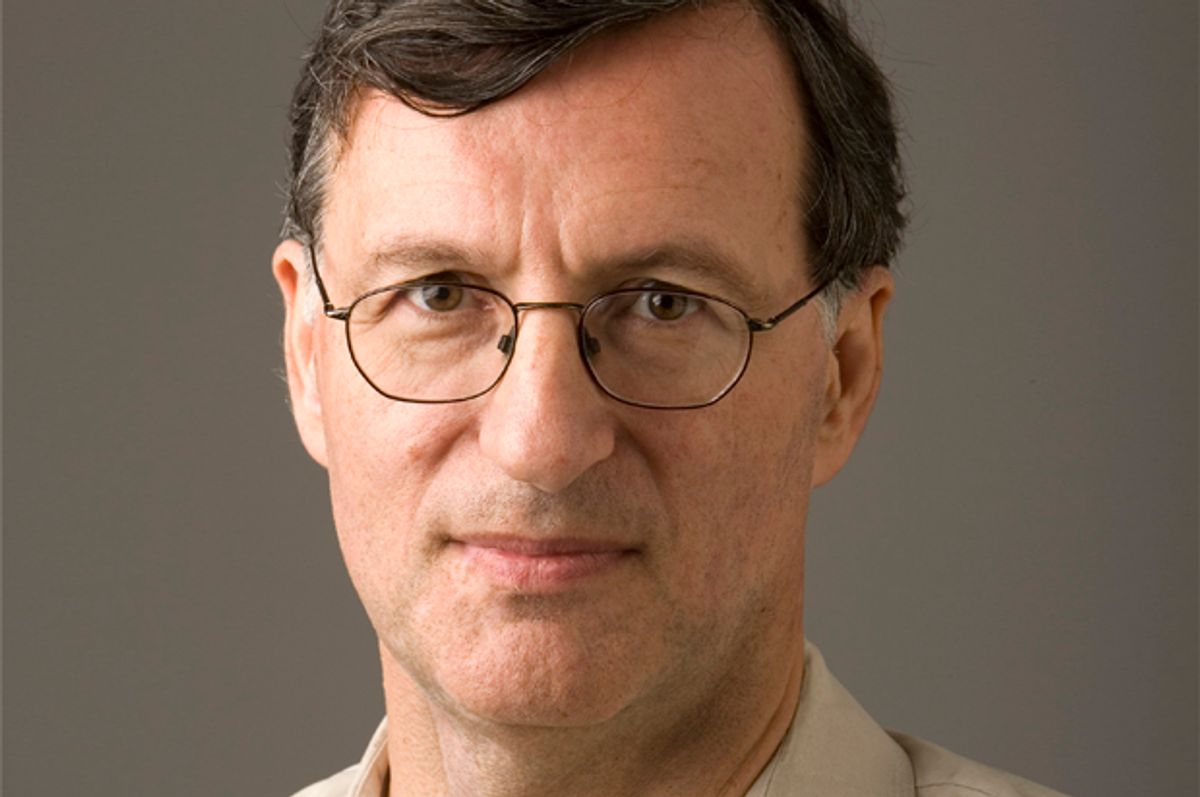 Flush as it is with talent and experience, it's inevitable that a round of buyouts at the New York Times will feature at least a few (and often more than a few) beloved journalists either retiring altogether or moving on to new pastures.

Even still, when the Times' longtime labor and work reporter Steven Greenhouse announced on Twitter near the end of last year that he was accepting a "generous buyout offer" from the Grey Lady and bringing an end to a whopping 31 years at the Times, the news was greeted with dismay not only by people in the media, but by readers who've long enjoyed his clear-eyed and celebrated work. For his part, Greenhouse said in a memo sent around to Times staff that accepting the buyout was "one of the toughest decisions of my life" but that he couldn't refuse both the Times' offer as well as the chance to slow down after spending more than three decades writing at a crisp, tireless pace.

Because Greenhouse was one of the most influential and respected labor reporters left in traditional media, and because his buyout came during an era when organized labor is in worse shape than it's been in perhaps as much as a century, Salon decided recently to speak with him over the phone about his decision to step down, his plans for the future, the ways the American workplace has changed in the past generation, and what he expects from the media on workplace and labor issues in the future. Our conversation is below and has been edited for clarity and length.

From what I've heard from my own peer group, as well as what I've seen online, it looks like a lot of people who care about labor and journalism are greeting your buyout from the Times as the end of an era — and not in a good way. Do you share their pessimism about the future of labor-focused journalism?

I'm flattered that people see this as the end of an era. I've been writing about labor issues for nearly two decades, which kind of is an era, and I think I stand on the shoulders of other great labor journalists who've come before me like Bill Serrin and Abe Raskin of the New York Times...

I can understand that there's some pessimism, that there's some fear that even a great newspaper like the New York Times might not name someone to succeed me as the Times' labor and workplace reporter. My editors tell me they see it as a very important beat, that they clearly plan to devote a lot of resources to covering labor and workplaces issues, and they say they will name someone to succeed me in the spot.

I think it's only pessimistic to say, oh, there's going to be very little coverage of labor and workplaces issues now that Steve Greenhouse is leaving the Times. There are a lot of very good young reporters writing about workplace matters ... just to name a few: Lydia DePillis of the Washington Post, Josh Eidelson at Businessweek, Dave Jamieson at Huffington Post, Alejandra Cancino at the Chicago Tribune.

Beyond that, as income inequality has become a huge issue in the national conversation and as wage stagnation has become a big issue as well, we're seeing more and more economics writers … writing about workers' issues. What's happening to workers, what's happening to low-wage workers, [the] difficulties of the long-term unemployed, the decline of our nation's manufacturing base and where that leaves middle-class factory workers, etc. ...

When you say that the media is still covering what are basically labor issues but doing it through a workplace or economic lens, what kind of topics are you thinking of?

While editors might be somewhat less interested in union qua union issues [than they were in decades past], they're extremely interested in workplace and worker issues, whether that means wage stagnation or discrimination against pregnant workers or treatment of transgender or Muslim workers or the future of the low-income unemployed. A big issue right now is the [fast-food workers’] “fight for fifteen” and [whether] they can [get] McDonald’s and Burger King to pay its laborers $15 per-hour. One might say that none of those are traditional union/labor issues, but they're all issues that many editors are super interested in today.

Do you think labor unions and people who organize on behalf of workers in general need to engage in a similar kind of reevaluation of terms? Meaning, do you feel like labor has to adapt its conception of itself, which was formed largely in the context of the mid-20th century, to the new globalized and low-wage economy?

In the 1950s and ‘60s the paradigm was about powerful steelworkers, powerful autoworkers, powerful teamsters and about how Jimmy Hoffa and Walter Reuther were these charismatic union leaders who were unionizing many, many workers.

Fast-forward to, say, the 1990s, when unionization is becoming more difficult, workers are less interested in unions, employers are mounting much bigger, much more aggressive campaigns to keep unions out. There was an effort in the 1990s under John Sweeney, then the head of the AFL-CIO, to rev up organizing, to reinvigorate and rejuvenate unions. We saw some interesting campaigns: the Service Employees International Union did a really smart campaign to unionize janitors, and really led the way by saying that unionization isn't just an organizing campaign, it's a social justice campaign.

Even with campaigns like that, unions are still having a tough time organizing private-sector workers because employers mount such sophisticated campaigns to stop them. As numerous academic studies have shown, rank-and-file workers who support unionization drives get fired and demoted, and that scares away a lot of the other workers …

Unions, to some degree, are responsible for their decline. There was a whole lot of union corruption in the ‘50s and ‘60s and ‘70s, in the Teamsters and the Longshoremen [unions], somewhat in the hotel workers' union; and that gave the unions a bad name and certainly made many workers less than enthusiastic about unions. In a time of increased competition from globalization and factory outsourcing, that gave companies all the more incentive to try and keep unions out, because they said unions increased their costs and reduced their flexibility. As we saw in Detroit, perhaps if the UAW had acted more readily in responding to the competitive pressures to help Detroit become more flexible, that might have helped companies like General Motors and Chrysler avoid bankruptcy.

Where there has been a paradigm shift in both the worker advocacy movement and in coverage of it is that we're seeing less organizing by traditional unions and we're seeing much more being done by non-union worker advocacy groups … Unions recognize that they are having problems with the traditional route, and they are helping [these non-union organizers] somewhat behind-the-scenes, giving grants to, and financing some of these efforts … [Some of] these non-union advocacy groups … have really achieved some serious gains, but not gains as large as traditional unions won for the teamsters and the steelworkers and the autoworkers in the 1950s and 1960s.

Harold Meyerson … had a very smart column [recently], and the headline was something like, it's now easier to win minimum-wage gains for 100,000 workers than to unionize 4,000. I think there's a lot of truth to that. Unions and worker advocates say it's very hard to unionize significant numbers of workers because of employer opposition or lack of interest, but I think time and again we've seen that where there's not fierce employer opposition to unionization it's not hard for unions to win unionizations drives …

What issues do you think are going to dominate the near- and medium-term future for workers? If you were to give advice to a young, up-and-coming journalist who wants to focus on labor, what topics would you tell her to examine most closely?

As the news media face struggles in maintaining profitability, I think they'll increasingly want people who write not just about labor and workplace issues but people who can do more than that, who can also write about broader economic issues. On the other hand, I think a lot of economics writers traditionally don't do bottom-up reporting. They traditionally do top-down reporting — this is what the Treasury says, this is what the Joint Economic Committee in Congress says, etc. — but I think it's super important for reporters to go and talk to the Target worker who makes $8.50 an hour or the Subway worker who makes $8 an hour and really write about how they live and the difficulties they face in making ends meet.

I think it's extremely important for reporters, whether they're economic reporters or reporters with a poverty or workplace beat, to write about people on the ground, to really let people know what the lives of workers are like. And not just low-wage workers, but [also] the high-tech workers who are working 80 hours a week, or the 28-year-olds who are working on Wall Street who are working 90 hours a week and might be making a boatload of money but have miserable lives…

One of the big issues nowadays is that American workers are working longer hours again. In several ways, things are hard for millennials. The wages are down compared to college graduates 10 years ago and they're in all these gig jobs where they might not have full-time jobs, they might have to juggle three jobs a week. Some people love the freedom and other people think it sucks, they want security. At the same time, people who hit the jackpot, supposedly, and get full-time jobs, they're often working not 40-hour weeks but 70-hour weeks. The workplace has become a less friendly, less comforting, less gentle place than it was 20 and 30 and 40 years ago. Wages often haven't kept up and jobs have gotten much more demanding, both in hours and in performance.

Now that you’ve left the Times, will you still be writing, either elsewhere or through freelance gigs? Or are you planning on hanging it up, as it were?

I very much hope to continue to write … hopefully for the New York Times and for some other publications, if they'll have me. I want to write a book about what's happening with American workers, but … I worked very hard and I wrote a whole lot [for the Times], so I want to continue writing but at a slower pace … without having to show up at my desk at 10 each morning. I’m 63, and I've had a few close friends who have died this year, [so] I want to do it [in a way] that I can smell the roses a little more. I know we're not supposed to use clichés, so forgive me for that.