Every reporter has a case he can't let go of. This is mine 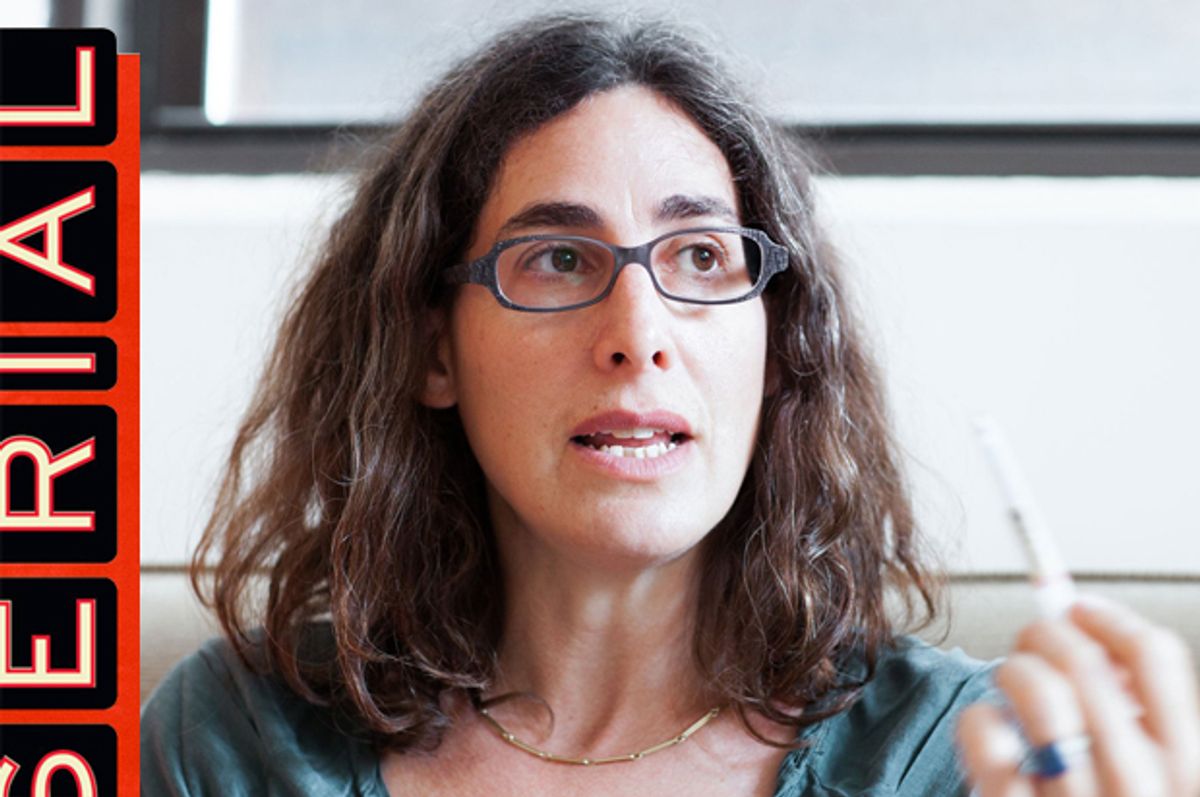 The two victims appeared to have fled in different directions. Xion Davidson would have been the faster of the two. He was 16, a suburban football star at a West Hartford high school. He turned south on Arbor Street right before they caught him.

Kent McLaurin would not have run as fast. He was 19, a cancer survivor who had, the previous summer, spent a month in a coma in the prison unit of a local hospital. He still took daily medication. Near his corpse, police found his pill bottles in a bag. He had run east on Capitol Avenue.

It all went down in the early morning hours of a summer night in Hartford, Connecticut, in 2007. Xion and Kent were killed execution-style, with shotguns to the head. They were murdered right on the street, not dragged into an alley. There were reports that neighborhood people heard them beg for their lives.

Nobody was ever arrested. I followed the case closely and never heard about a person of interest. There were chilling signs that the city government was trying to minimize the story, keep it out of the news in a tough election year. Most disturbing of all, I had the feeling – impossible to pin down or prove – that the cops didn’t really want to solve this case. Later, the U.S. Department of Justice investigated. Nothing.

Sarah, I’m not sure if you’ve picked the next “Serial.” This is probably not what you’re looking for, but I guess every reporter has at least one of these cases. A story that bugs you late at night because justice was never done.

The Hartford police made several peculiar claims. They claimed Kent McLaurin was involved in the Bloods. A day later, the chief of police walked back the gang claim and asserted that the pair were killed during a botched robbery. "Just because one of them was a Blood doesn't mean it was gang-related. He was a Blood who was killed committing a robbery. We don't want to alarm the public,'' he said.

A robbery? Who was robbed? What were the alleged robbers after? What sort of robbery ends with the execution of the robbers?

Neither Chief Daryl Roberts nor any other cop ever offered to explain any of that. All they ever mentioned was that the two victims, shot in the head, had masks on. Later, somebody told me that Xion often wore a hairnet over his braids, which made me wonder about his “mask.” Or could somebody have pulled hoods over their heads in the seconds before their executions? The masks were the only proof ever offered for the robbery theory.

And the robbery theory was important, because the two dead youths seemed to be the people on trial. It was important to have people think they deserved it, somehow. From the outset, there was a large political dimension to this case.

The mayor of Hartford was Eddie Perez, the city’s first Latino mayor. Hartford is tiny: about 15 square miles. You could put seven Hartfords inside the borough of Queens. Hartford is also intensely poor. All of the wealth and resources a normal capital city would draw upon lie in the surrounding suburbs.  Paradoxically, to win his city election Perez needed supporters and contributors in the suburbs, so it was vitally important that Hartford not be a place where West Hartford football players were murdered unless they had done something to cause it.

The city’s first move was to carefully time the release of the story. The families of the victims were informed by midday on Thursday. The police waited an astonishing 30 more hours to release the identities of Kent and Xion. In other words, Friday evening, the classic “take out the trash” time for a story you’re burying.

The gang narrative was equally problematic. One part of Perez’s own personal story was that he himself had once belonged to a gang called the Ghetto Brothers where his nickname was “The Professor.” Accordingly, he left the gang to seek education and better himself. He spent the 1990s employed by or affiliated with Trinity College.

But suburban people don’t shop, dine and entertain themselves in a city marred by gang violence, so you could see the police zig toward and then zag away from the Bloods angle. First the killings were gang-related. Then not. A year later, the feds came in and tried to build a racketeering case, which would have meant a gang connection. The last part of that quote from Chief Roberts said a lot: “We don’t want to alarm the public.”

There was, of all things, a national juggling convention in the city the week of the murders. It celebrated the technical aspects of juggling and competitors vied to see who could keep the rings or balls in the air with the most artistry. Talk about a ready-made metaphor.

I haunted the area for a long time after the murder, mostly hoping I’d run into somebody who would tell me something. What I was treated to, instead, was the unfolding of a modern Kabuki pageant. It’s as if the violent death of young urban men is so engraved on the psyches of city dwellers that everybody knows what to do without having to be told.

There were white Rorschach blots of bleach over the two bloodstains.  Around Kent’s, people left candles, flowers and a Valentine’s Day teddy bear. Near Xion’s somebody affixed a piece of cardboard to a fence, so that people could write thoughts and messages.

I went to a few vigils.  At the first, a city minister spoke through a bullhorn to a crowd so small that that bullhorn was absolutely unnecessary, except as a symbol that a certain kind of thing was happening. His spiel was mostly boilerplate preaching about a city and its people drifting too far from Jesus. I watched the kids who actually knew Xion gradually drift away as it sank in that this wasn’t really about their friend.

I followed them out to the mouth of Arbor Street. Somebody had been writing messages on the asphalt there. The most visible word was “FLEE.”

The gatherings that summer tended to confuse me because kids came in from West Hartford, from Conard High School, where the color of the school and the team is red.  But red is also the gang color of the Bloods. I think most of the red-shirted people I saw and spoke to were the former, not the latter, but it was hard to be sure.

Sarah, eventually I stopped because the case gave me the creeps. Someone very close to me – someone who knew more than he would tell me – warned me that I might not be safe. One day Chief Roberts was in my radio studio on another matter, and I pressed him about this murder. He began slowly, silently shaking his head at me. I bungled a contact with one potential informant, spooked the guy because I just wasn’t sure what would happen if the cops knew his identity.

Other things happened. A year after the murders a man named Nick Carbone was savagely attacked on the street about two blocks east of where Kent McLaurin fell. He was 71, a former deputy mayor with a national reputation in urban affairs. He was taking his customary walk to a breakfast joint. The young men who beat him nearly killed him. The police called it a robbery, even though the people who attacked him inflicted far more damage than necessary to get an old man’s wallet. Perez helpfully pointed out that, despite this “unfortunate incident,” robberies were down statistically.

Perez had his own problems. He won his election, but he was under investigation for corruption. He probably knew that the week of the juggling convention, the week of the murder. He was eventually driven from office and convicted in state court. The verdict was vacated on a judge’s technical error. He now faces two new trials. His case has been hanging over Hartford for seven years.

But what I remember, what I come back to, what I want to leave you with, Sarah, is a summer evening in August, three weeks after the killings. A group of teenagers showed up on Arbor Street. They had made badges, like backstage passes, that showed Xion’s photographs. They brought red balloons, Conard red. They came in cars or walked or rode bikes. It was dusk, and the moon rose in the sky, full and red, like one of their balloons. It was Xion’s 17th birthday.  They told me they wished the city would make the bloodstain in the street go away.

One girl noticed that moon.