The '12 GOP presidential nominee is signaling to donors: don't line up behind Jeb Bush just yet 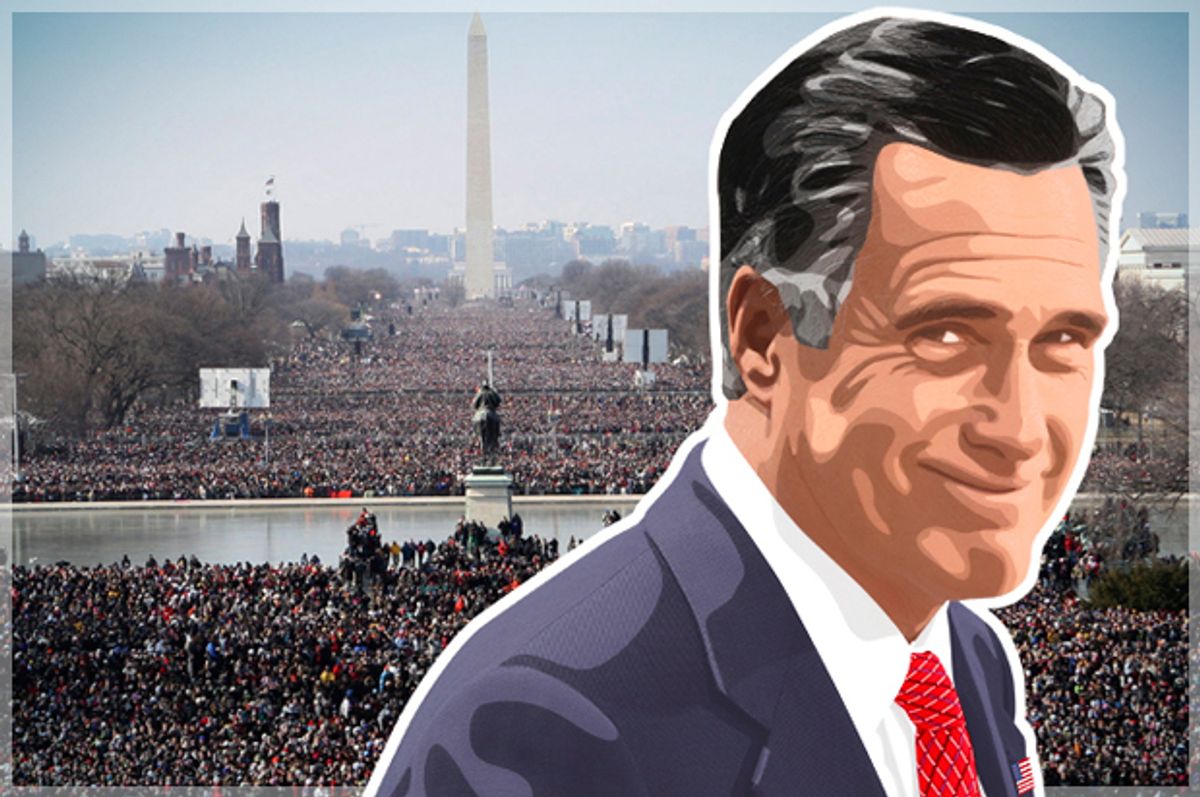 Your prayers have been answered, America: Mitt Romney told a group of donors Friday afternoon to "go tell your friends that I’m considering a run." The group of approximately thirty promptly passed the word onto reporters.

Former Massachusetts Gov. Mitt Romney , the Republican presidential nominee in 2012, told a meeting of donors Friday that he is considering another White House bid in 2016, people present said.

The possibility of a third Romney bid could upend the emerging GOP field, coming as top Republican donors are starting to rally behind former Florida Gov. Jeb Bush.

Mr. Romney made the remarks during a session Friday afternoon with a few dozen top GOP donors in midtown Manhattan, according to people present.

While we're still only at the " saying to donors that he's considering a run" stage, it took a long while to get here. Let's recount the steps.

1. Mitt Romney says for over a year that there's no way he would ever consider a run.

2. Mitt Romney suggests that while he won't run, "circumstances can change."

3. Ann Romney says well, probably not, though it depends on whether Jeb Bush runs...

5. Jeb Bush begins prepping his own run, and Mitt... is still interested in running?

Mitt Romney very much wants to become president. He believes that he was robbed the last time, and that the American public -- in whom he was quite disappointed -- have come to regret their error and wish to make it up to him. Romney probably figured that Bush wasn't really going to run. And once Jeb officially opted out, Romney could swoop in like he had no other choice, the republic needed him to stop Hillary Clinton, etc. But Jeb has since made clear his interest; he's quitting jobs and releasing emails and making Instagrams to show how hip he is. That's forced Romney's hand, bringing us to today's appeal to donors to not line up behind Jeb Bush just yet.

It will be funny if both Mitt Romney and Jeb Bush run for president. Each is operating on a faux-humble pretext that only a figure of their caliber can save the party from general election catastrophe. As though they have better things to do, but their country is calling on them. Uh huh, sure. They each just desperately want to be president, and that might mean tearing each other apart.