"A slowdown sounds so negative. It's really more of a public safety stay-cation." 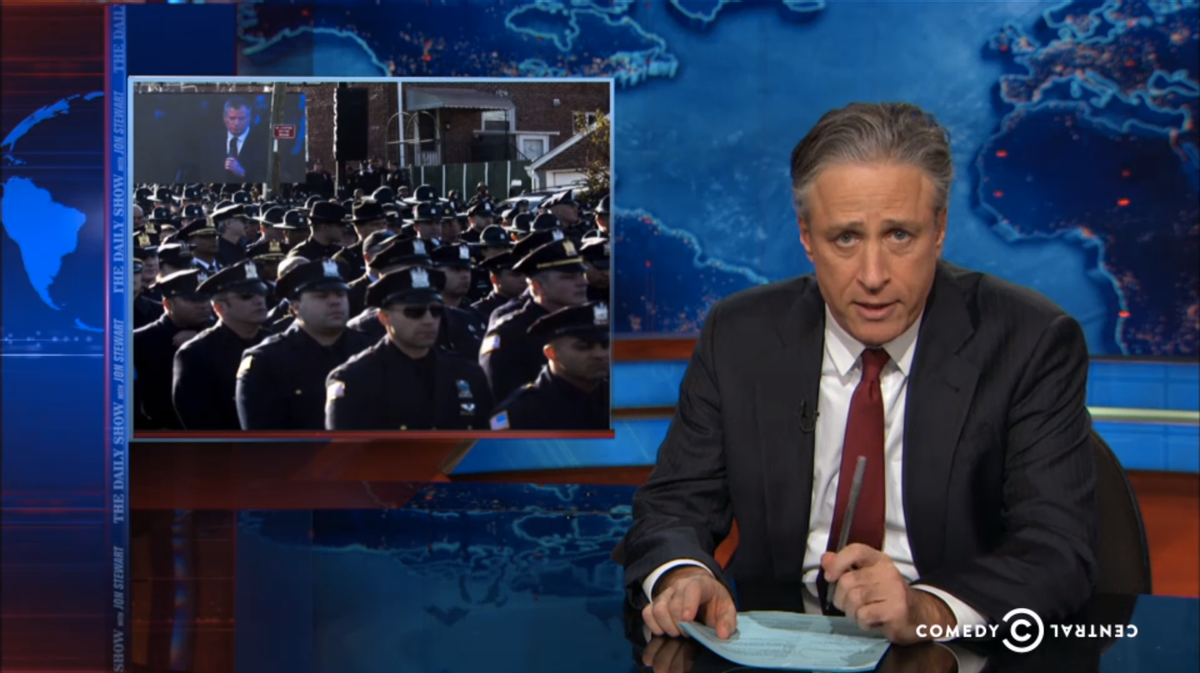 On Thursday's edition of "The Daily Show," Jon Stewart addressed the recent NYPD slowdown -- New York City's police department has been making fewer arrests in what could be a protest against Mayor Bill de Blasio. De Blasio has received widespread criticism from New York cops after seemingly siding with demonstrators following the death of Eric Garner.

"A slowdown sounds so negative," said Stewart. "It's really more of a public safety stay-cation, if you will. It explains the NYPD's new motto: 'To chill and reflect.'"

Stewart then cut to correspondent Jason Jones, who gave us a tour of the new, "shittier" New York, in which you can participate in a botched cocaine purchase next to a policeman and graffiti lewd symbols on a "Daily Show" billboard.