Wes Bentley: "I get a kick out of dangerous people"

The actor talks to Salon about "Pioneer," being terrified of water and why he likes playing villains 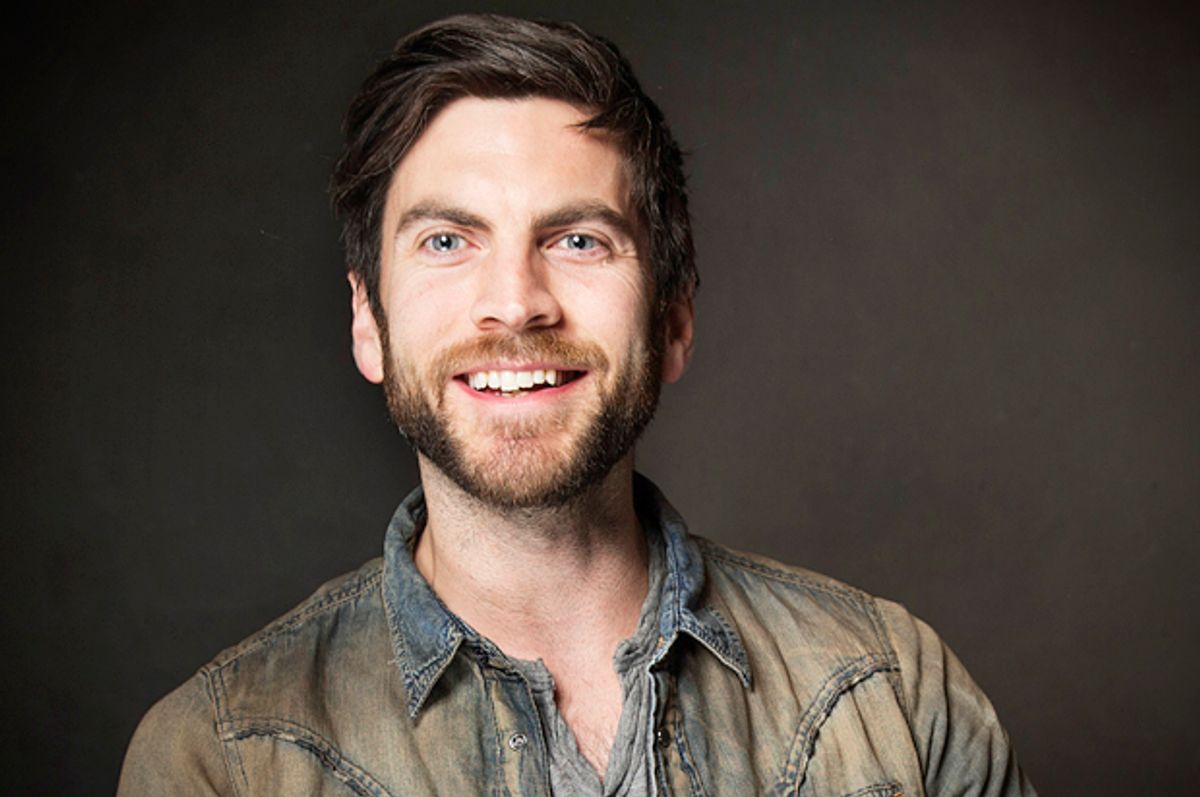 Wes Bentley is back. After success with “American Beauty,” and personal struggles with substance abuse that took him out of the spotlight, the sly, intriguing actor is currently appearing in three films (“Interstellar,” “The Better Angels” and “Pioneer”) as well a TV show (“American Horror Story”) and a Lexus car ad.

In “Pioneer,” Bentley plays Mike, an American diver in Norway during the 1980s oil and gas boom. His character is a foil for Petter (Aksel Hennie) a deep-sea diver, whose brother is killed during a mission. As Petter investigates the truth behind the disaster — a possible cover-up — he suspects everyone, including Mike and Ferris (Stephen Lang), who is controlling aspects of the diving program. As bodies start piling up, Petter begins to fear for his life.

Bentley’s small but memorable role in the film is another morally gray character for an actor whose strong suit is playing dubious characters. He spoke with Salon about making “Pioneer” and playing villains.

A few years ago I saw the documentary “My Big Break,” which chronicled your efforts — along with three other actors, who were your roommates — to make it in Hollywood. When you think back on that time now, starting out, how do you see your career now with all its highs and lows and reinventions?

Back then, before I met those guys, I pictured my career like it is now, where I make incremental moves and establish trust with audiences, and gradually creep my way into the scene. I expected to reach a certain level and eventually make great choices and do great work, and have that in my 30s, when roles get more interesting for men. I knew the role in “American Beauty” was good, but I didn’t expect the instant fame. That threw me for a loop. My personality changed because I didn’t know how to behave. That [instant success] wasn’t in my plan; I was too young.

I’ve actually not seen “My Big Break.” I have known a lot of friends who have been slogging away for years, including Greg [Fawcett], and they make very little movement each year. I got lucky early and didn’t have to deal with that. I don’t know that I could have that much determination if I didn’t get signed early. After I self-sabotaged my career and imploded as a human [laughs], I realized I did want to do this, and do it well. I have a chance to prove that now, and I’m building a life with this woman I love, and having kids. And it’s now happening in a way that I was hoping. I didn’t know anyone in the business before and I got offers and that was my issue. Now I do know people and I am getting increasingly more interesting roles with filmmakers both new and known. It’s been an interesting ride. When you get a second chance, you take it.

You’ve publically addressed your battle for sobriety and against addiction and the difficulty you had developing a career following the success of “American Beauty.” How do you grapple with your addictions now that your career is back on track?

It’s something you deal with every day. I’ve been lucky not to have an urge to have drugs and alcohol, but I have a million other things I’ll turn to. There are other issues that you have to deal with and check on and ask for help. I keep a fellowship with others with the same issues and work through things to recognize the tendencies and traits that go beyond drugs and alcohol. I don’t mind talking about it. I liked reading about others who found help. I hope talking about it helps others find their way.

What prompted you to make “Pioneer”? Did you want to play a diver?

I almost drowned when I was 5 years old. I was jumping from a jut in Arkansas and I hit the side of the cliff and fell down into the water. I didn’t know how to swim, but my brother, who was 8, scaled down and flung me out. I was incredibly afraid of water. I wouldn’t shower with my face in the water, or get my head completely wet. When I was near pools, I was terrified someone would throw me into the water. I have healthy respect for water.

But if I were afraid of something, I would do what I can to get over it. If I were afraid of germs, I’d stick my fingers in my mouth all the time. I don’t like to be afraid of things. It’s like getting sober: I was buried under pounds of fear. I want to knock it out.

So what was the appeal of the film, since you’re afraid of water?

The appeal of it was working with Scandinavian filmmakers. Scandinavian films are interesting and unique, and the darker tone appeals to me. I was interested in learning about this history of Norwegian oil and how the country went from agricultural to being the richest country. But it’s a political thriller. I find it fascinating that no one else does what Norway did with its oil money.

What kind of preparation did you do for the role of a diver?

We went in steps, and in reverse. Going backwards, having just oxygen and a snorkel in my mouth was terrifying. I’m getting the shudders just thinking about that now!

Did you perform your own stunts?

I’m athletic and have been since I was a kid. When I can, I love to do my own action, unless someone determines it’s unsafe — like diving in the Baltic Sea, which is something I can’t do. I like the opportunity to do stunts, and did this as much as possible despite my crippling fears. In the end, I loved diving, and want to go do it on my own.

Petter sees your character Mike as a bad guy, but Mike does have some heroic qualities. How do you see the character?

I saw him as ambiguous. The guy he is based on was a real cocky Texan jerk American. He just wanted to set records and be known for being the best/toughest diver in the world I took that to heart, and focused on that. I knew they would use that in the thriller — who is this guy and what did he want? He didn’t care if Norway oil was running right; he just wanted his own personal achievements. In the course of things, he gets in the way.

You’ve played villains before. I particularly like your killer in the guilty-pleasure thriller “P2.” Do you like being a bad guy onscreen?

That’s so cool! Those roles come to me a lot. What I find interesting, whether I’m playing a bad guy or not, is that I want to play them without judgment. I wipe out that they are a bad guy and look for their intentions and desires and pains and try to make them as real as possible. In “P2,” I sympathized for this sad man. He wasn’t really a serial killer. I find the character’s humanity: he wants something. I play that, and try not think too much about good/bad. I get a kick out of that. Dangerous people are interesting because they do things against the rules. You have to wonder: why are they doing that?

With all your projects, are you leaning toward more TV, blockbusters, or indies like “Pioneer”?

What I think is cool is that the benefit of the business today and the choices for actors is that you get to do a lot of different things. If you don’t put yourself in a box, people won’t either. I want to be diverse as an actor as well as in the medium. Old-school thinking was don’t do TV or commercials, but it's different now. You can break boundaries and have options. Leads are interesting but supporting roles are too, so I leave myself open and wait and see what’s coming next. I am not shy about it.