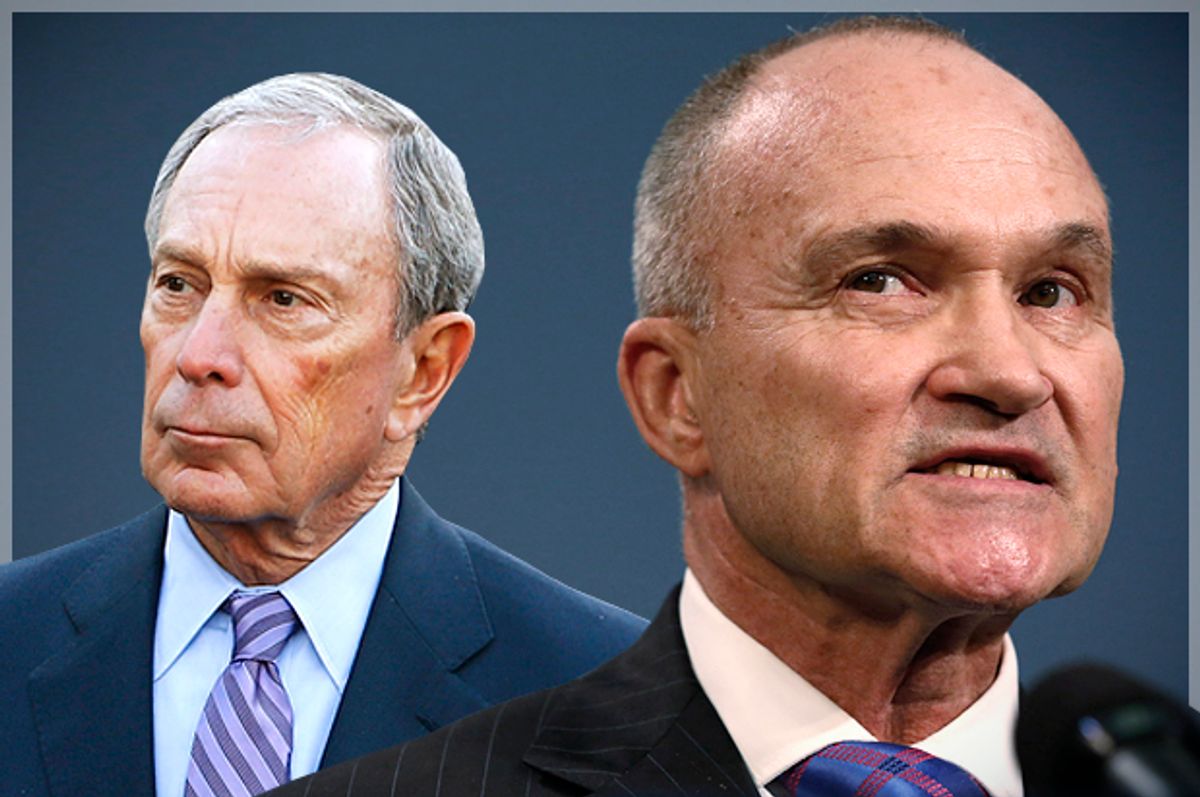 People are talking about the police a lot these days. The killing of unarmed residents. The killing of cops. Disputes between New York City mayor Bill de Blasio and rank-and-file officers over issues of respect. And yet, a policing issue that totally consumed and divided New York and the nation in recent years now garners little mention: the NYPD's stop-and-frisk policy.

One big reason, of course, is that the tactic is used much less now. But another is that, while few have announced it, the debate over the once hotly divisive practice is effectively over. As new data this week confirmed, when it comes to whether a city can reduce crime without stopping-and-frisking enormous numbers of its residents of color, one side was right and one was wrong.

First, some background. It's hard to overstate how inescapable this debate was during the last decade (and as recently as a year or two ago). For years, the rampant police practice of stopping mostly young black and Latino men and frisking them, if cops detected "furtive" movements, was a constant point of division, with many whites approving and people of color overwhelmingly disapproving.

Proponents argued that the city had seen record decreases in crime under Mayor Michael Bloomberg and NYPD Commissioner Ray Kelly (this was true), and that to let up on the tactic would all but guarantee throwing these improvements away. This was repeated not only by the mayor and his administration, but the city's tabloids, with the Daily News and New York Post ominously warning that anyone questioning the policy's aggressive implementation would usher in the "bad old days" when crime ravaged the city in the 1970s and 1980s. Their message was not only absolute but impressively manipulative: when crime was down, they'd argue, it was because of the prevalence of stop-and-frisk -- and if crime ticked up at times, it made the tactic's frequent deployment all the more imperative.

The policy had plenty of critics, of course; among them the ACLU, civil rights leaders and communities of color who considered its application a deplorable invasion of privacy (and dignity), racially targeted and responsible for fraying police-community relations. As I noted in 2012:

New Yorkers strongly support the performance of police commissioner Ray Kelly (68-23) and that of the NYPD as a whole (62-31), but sharply oppose stop-and-frisk tactics (by 53-42) that have mostly targeted black and Hispanic men. This dichotomy indicates that the disapproval of stop-and-frisk is not merely a proxy or byproduct of blind hatred toward (or even dissatisfaction with) the police department, but rather, a stand-alone concern about which there is very real discontent.

A few years back, I sat on a working group in the New York Attorney General's Office to look at the practice, specifically its implementation and efficacy. The group found that in one year, 2011, there were more stops of young black men in the city than there were actual young black men -- meaning that on average, every single young black man in the city had been stopped by cops that year. As the NYCLU put it:

By "innocent," they meant that those stops did not lead to an arrest. Indeed, our working group found that if you took all the stops in the city and tracked what happened to those interactions, roughly 1 in 9 ever led to an arrest, and of those that did, a far smaller number resulted in actual convictions -- suggesting the number of stops, which approached 700,000 in 2011, was excessive.

Still, proponents dismissed concerns about racial disparities or civil liberties, focusing instead on the policy's purported effectiveness in reducing crime. Even if the high number of stops rarely resulted in arrests or convictions, they argued, they were creating a deterrent effect on the city that could not be measured. Their advantage in the debate was that they could propound their claim but no one could ever disprove it, because the mayor and his administration were determined to keep the practice in place. So any counter-arguments would be merely hypothetical.

Ironically, it was Kelly and Bloomberg who would help disprove their own argument. Amid increasing dissatisfaction and public protest, Kelly reportedly ordered precinct executive officers in 2012 to "audit the stop activity to assure better quality." In 2013, the use of the tactic fell dramatically, which a law enforcement source tells Salon also derived from two additional pressures. First, then-candidate de Blasio spent much of his campaign attacking the practice, arguing that it was racially discriminatory (in the famous "Dante ad" featuring his teenage son, the younger de Blasio said his father would be "the only candidate to end a stop and frisk era that targets minorities"). As the issue got more attention and de Blasio's campaign surged (largely on the popularity of this argument), this source says, cops were less inclined to pursue the tactic.

The second factor was a federal judge finding the practice unconstitutional, and ruling that, as implemented, it discriminated against minorities. The result was that in 2013, Bloomberg and Kelly (while unsuccessfully appealing that federal ruling) would oversee a massive decrease in the tactic's implementation, with under 200,000 stops recorded -- less than a third the number from just two years before. The result: crime continued to fall.

Could it happen again? That was the big question heading into this year, as de Blasio promised to scale back the practice even further (though not eliminate it), while maintaining strong safety numbers. A verdict was returned this week, with the city announcing that amid a 79 percent drop in stops from last year, crime continued to fall by 4.6 percent, reaching a record low in modern city history.

Before declaring stop-and-frisk truly dead, a couple of caveats are in order. First, there is no sign that the tactic will be fully eliminated anytime soon. Current NYPD commissioner Bill Bratton insists it's an imperative tool that's "here to stay," and most in the law enforcement community call the tool "essential" to keeping crime down. At issue is how it is applied. What is now indisputable is that in 2013 and 2014, it was indeed possible to keep crime down with a much lower number of stops. Another caveat is that the days of proactive policing are far from over. Bratton has doubled down on the "Broken Windows" theory, which stipulates that the way to keep major crime down is by cracking down assiduously on smaller infractions. So while marijuana arrests decreased in 2014, other smaller offenses have been taken very seriously. A final point: While major crime is down almost across the board, it is also true that shootings ticked up slightly in 2014.

But, for all those concessions, one other point is quite clear. Those who insisted that the police need to constantly stop young black and brown men 700,000 times on their way home from activities like school, church, or work in order to maintain order in the city were ultimately proven wrong. NYPD's approach over the last year has "proven much more effective than the indiscriminate use of stop-and-frisk," Richard Aborn, president of the Citizens Crime Commission, tells Salon, adding that stop-and-frisk "caused such deep resentment in communities of color, which continue to reverberate today."

In other words, the days of justifying such a high number of stops a year -- as so many did just a few years ago -- are now in the past. The argument has been won by the other side.