Despite the familiar contours of its story, "Togetherness" still ends up feeling specific enough to be real 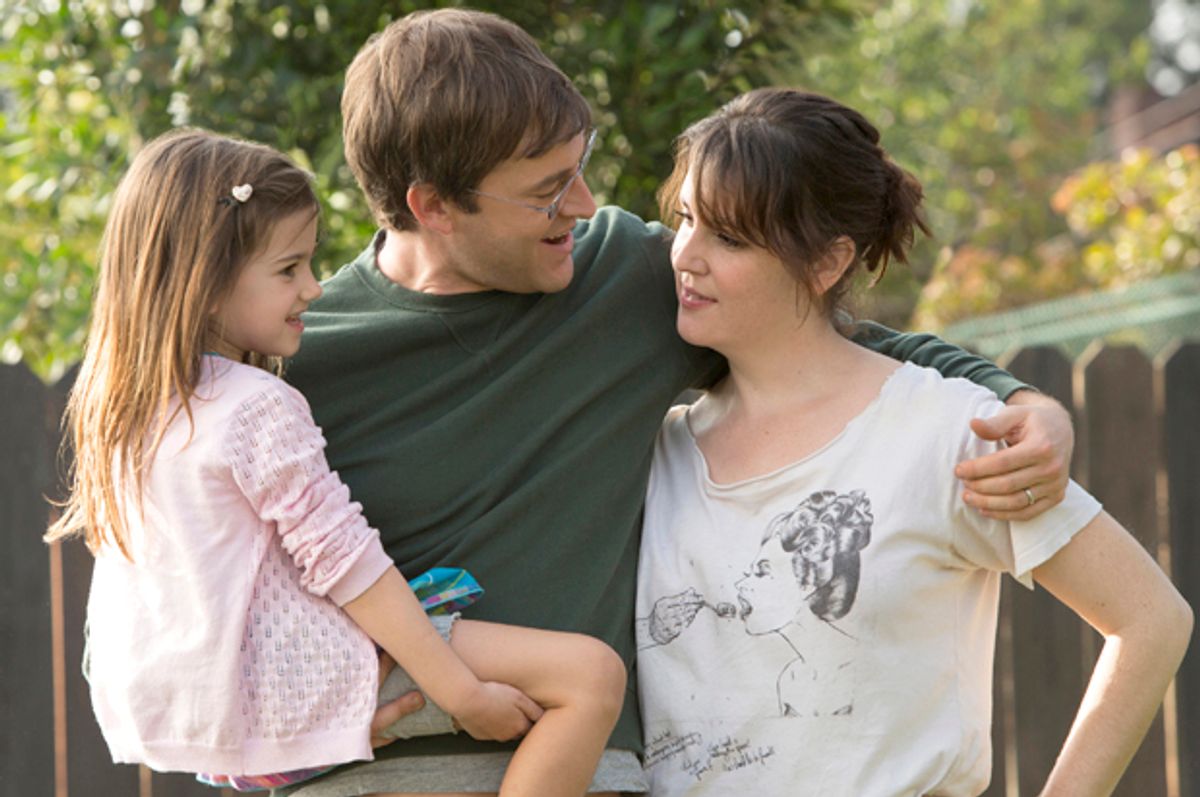 It’s hard to pinpoint what is brilliant about “Togetherness,” but a good place to start is its casting of Melanie Lynskey. Lynskey is a New Zealand-born actress who has been on the fringes of stardom for some time now, playing the best friend, the sister, the kindly neighbor, whatever’s convenient. It’s to her credit that she’s made those roles memorable: Her burlesque crooning in “Away We Go” is one of the highlights of that film; her Midwestern marriage is “Up In The Air's" plot pivot; and she’s played Drew Barrymore’s stepsister and Reese Witherspoon’s hometown friend.

“Togetherness” brings an actress typecast by nearly everyone else in Hollywood as a wholesome, compassionate type to center stage. As Michelle, Lynskey plays a woman who is beginning to see the limits of how marriage and family life can make her happy. And though Michelle has an air of domesticity to her that aligns with Lynskey’s past roles, in “Togetherness” it feels like Lynskey, and the type she’s been asked to play for years, is suddenly, finally, coming to life.

It would have been very easy for this show to make Michelle the villain of the story. “Togetherness” is the brainchild of three men — the brothers Mark and Jay Duplass and their childhood friend Steve Zissis. (The three have made films together for years, while working on their own projects; Mark Duplass can be seen in "The League" and "The Mindy Project," Zissis as an actor in various supporting roles, including "Her," and Jay Duplass in a lead role in "Transparent.") Mark Duplass and Zissis play the show’s two male leads, and Mark plays Michelle’s husband, Brett, a man who can’t seem to see his way in or out of his current funk. The creators’ viewpoint is explicitly not Michelle’s, but her husband’s. So, for example, in the first scene of the first episode, when Brett tries to have sex with his wife at 6:30 a.m. and is rebuffed, Michelle could easily have become the butt of a joke, or a caricature of a shrew, or a caricature of a prude, or the source of Brett’s problems in other areas of his life.

“Togetherness” refuses to be that simple, and as such, it doesn’t fall into the pitfalls that a lot of other storytelling in Hollywood does. The creators’ vision is less about vindicating their own identity, in this story, and more about uncovering it. It’s a pretty domestic story — Brett and Michelle end up hosting both his best friend Alex and her sister Tina for a few weeks, and tragicomic hijinks ensue, but despite the familiar contours, it still ends up feeling specific enough to be real.

That’s true as well for the other quasi-romantic pairing in the show, where Zissis plays the sadsack, almost-depressed Alex, about to give up on acting, opposite Amanda Peet’s Tina, a bouncy-house dealer with aspirations of a happy ending. It starts as one of the most tired stories in the world — well-meaning, easily overlooked guy crushes on a super-hot girl who Doesn’t See Him That Way. But as someone who is thoroughly over those stories, I was pleasantly surprised to watch it transform past the predictable.

Peet is the actor in this production with the biggest name, and here she's working with more range than usual; she can flash from a sunny smile to raw sadness in a heartbeat. With Tina, Alex stops being a loser; he has force of character, channeled by Zissis' comedy. And while Mark Duplass is typically a comedic actor, in "Togetherness" he's almost the least funny character — rigid and contained, unlike everyone else. It's Lynskey's Michelle who takes up the emotional space of that relationship, falling in and out of love with physical intensity.

I was able to watch the whole season before writing this review, and what struck me most about the show was how much it made me care about its characters, even when those characters had completely opposite ends in mind. I found myself both rooting for Melanie to have her perfect kickball day at the park and for Brett to somehow weasel his way out of it. And the end of the season is absolutely stunning; a measured step back that is neither a cliffhanger nor a happy ending, but hits hard. I have this feeling that “Togetherness”’ beauty is something fragile — if I oversell it, or try to describe it, the appeal of the show will fall to pieces. But the best thing I can say is that this is a show that is built with a lot of consideration. Because despite the inherent tragedy of the premise, it’s also quite funny. It is a half-hour show, which typically translates to “comedy”; of course, on HBO especially, that barely matters. But if anything, the depth of the show is enhanced by the humor, and vice versa. After the awkwardness of thwarted sex, Brett and Michelle are sitting in their van, and she says, “I feel like I need to get something off of my chest. You’re not going to like it.” There’s a pregnant pause, and then she belches, and they both laugh. They’re not really able to talk about the distance between them, but they can share this laugh.

And that gets to the subtlety of the title, too: “togetherness,” this thing that is a prerequisite of intimacy, does not guarantee it. Marriage can be an intimate partnership, or can be two people living in the same place; conversely, two people who hang out all the time are indicating something with their togetherness, even if they haven’t put a label on it. It’s a basic human need, not wanting to be alone, and there is something beautiful about that. But tragic, too; for togetherness is such a lot of work and, at times, so incredibly hard.