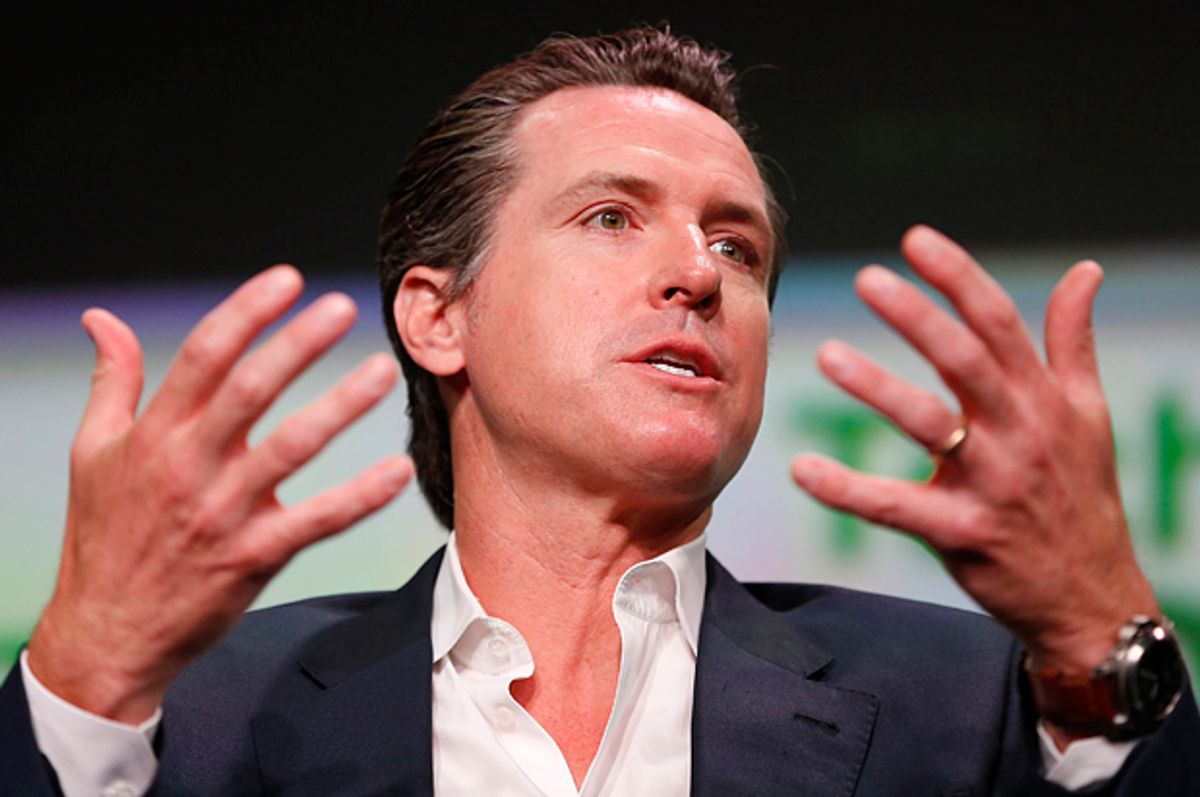 In a move that dramatically lessens the odds of a clash of Democratic titans in California, Lt. Gov. Gavin Newsom announced Monday that he will not run to succeed retiring Democratic Sen. Barbara Boxer in 2016.

"While I am humbled by the widespread encouragement of so many and hold in the highest esteem those who serve us in federal office, I know that my head and my heart, my young family's future, and our unfinished work all remain firmly in the State of California -- not Washington D.C.," Newsom wrote in a Facebook post. "Therefore I will not seek election to the U.S. Senate in 2016."

Newsom rose to national fame in 2004, when as San Francisco mayor he ordered the city-county clerk to issue same-sex marriage licenses. Although he had been associated with the more moderate wing of the Democratic Party in San Francisco, that bold step cemented Newsom's national reputation as a forcefully liberal Democrat, and he has also won progressive plaudits thanks to his vocal support for legalizing marijuana.

Long thought to covet the California governor's mansion, Newsom briefly ran for the state's top job in 2010, only to bow out and endorse Jerry Brown, who subsequently won the office. Newsom opted to run for lieutenant governor that year instead, and while Democratic insiders in California have long said that Newsom wishes to succeed Brown when he's term-limited out of office in 2018, Newsom reportedly showed interest in a Senate bid after Boxer announced last week that she wouldn't seek a fifth term.

But California Democrats are keen to avoid a divisive intraparty fight for the seat, and Newsom's decision not to run may help them avoid one. Now that he has withdrawn from contention, much of the attention will now focus on state Attorney General Kamala Harris, another Democratic rising star eager to ascend the political ranks. Additionally, former Los Angeles Mayor Antonio Villaraigosa has said that he is "seriously" looking at the race, while billionaire environmentalist Tom Steyer is reportedly angling for the seat, as well.