George Zimmerman arrested for domestic violence again -- will he finally lose his guns?

Under our patchwork of gun laws, men like Zimmerman remain free to own and carry guns despite violent records 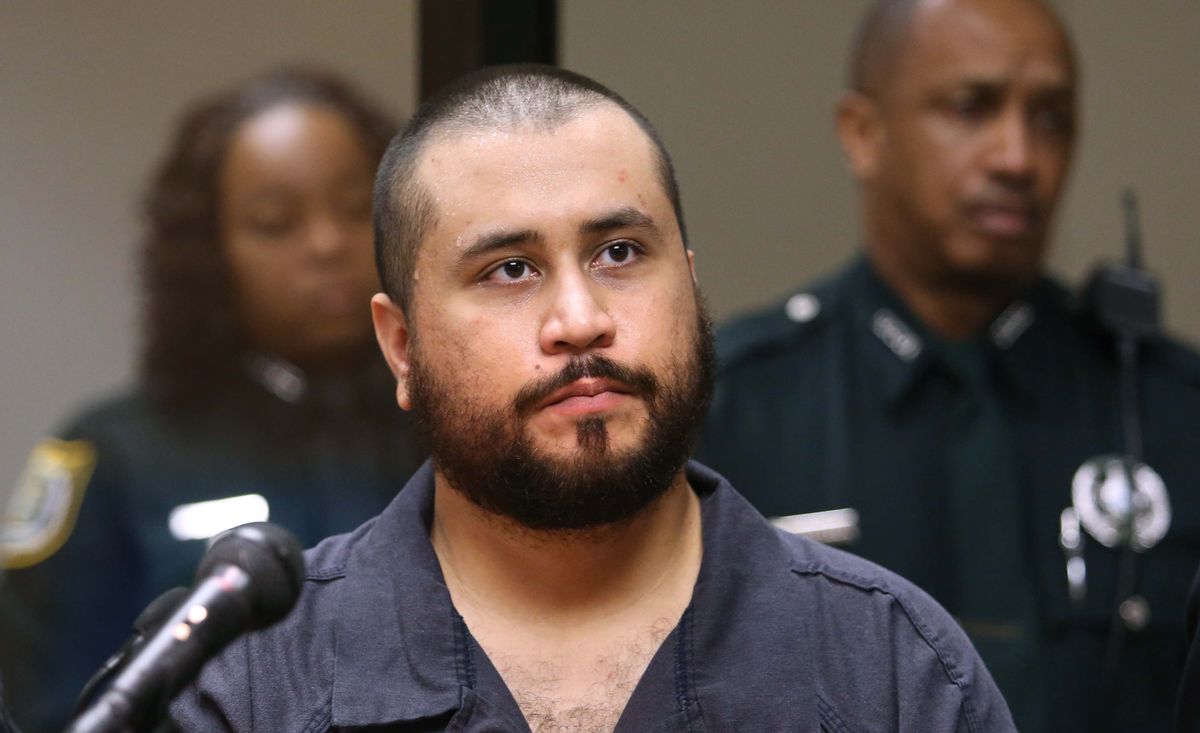 FILE - In this Tuesday, Nov. 19, 2013, file photo, George Zimmerman listens in court, in Sanford, Fla., during his hearing on charges including aggravated assault stemming from a fight with his girlfriend. The Seminole County Sheriff's Office says Zimmerman was arrested in Lake Mary, Friday, Jan. 9, 2015 on an aggravated assault charge, and is being held at the John E. Polk Correctional Facility. (AP Photo/Orlando Sentinel, Joe Burbank, Pool, File) (AP)
--

George Zimmerman was arrested on Friday for aggravated assault and domestic violence with a weapon, marking the third time in as many years that he’s been arrested after an alleged domestic violence incident. This time around, he is alleged to have thrown a wine bottle “in the direction” of his girlfriend, who reported the incident after being pulled over by police. During a Saturday court appearance, Zimmerman was charged with aggravated assault and ordered to surrender his guns.

But as I’ve written before, about none other than George Zimmerman, being ordered to surrender weapons is not the same thing as being barred from posessing weapons. Aggravated assault is a felony in Florida, meaning that if Zimmerman is convicted he would be banned from purchasing and owning guns. But if the case falls apart, Zimmerman, a man with a documented history of lethal violence and multiple allegations of nonlethal force, will continue to be able to buy, carry and conceal firearms in the state of Florida.

Because under a bizarre patchwork of state and federal gun policies, Zimmerman remains a model gun owner. At least on paper. “When people talk about gun policy, you keep hearing this phrase ‘law-abiding gun owners,’ as if everybody who is legal to own a gun is law abiding,” Dr. Daniel Webster, director of the Johns Hopkins Center for Gun Policy and Research, told me on Monday. “I think we need to disabuse people of that notion.”

Zimmerman serves as a striking example of the kind of legal gray area Webster is talking about. In September 2013, a few short months after he was acquitted in the killing of Trayvon Martin, Zimmerman’s ex-wife, Shellie Zimmerman, called the police and reported that he had threatened her with his gun. “I don’t know what he’s capable of. I’m really, really scared,” she told the emergency dispatcher.

Shellie Zimmerman ultimately declined to press charges, a decision she would later say she regretted and made under pressure from police. "In hindsight I should've [pressed charges], and I really regret that, but I'm on probation and the officers made it very clear that day if I pressed charges we were all going to go to jail and I would've been the only one to stay there,'' she said in an interview with Matt Lauer on “Today.”

A few months later, Zimmerman’s girlfriend Samantha Scheibe told the police that he had threatened her and pointed a gun at her. “You just broke my glass table, you just broke my sunglasses. And you put your gun in my fucking face, and told me to get the fuck out,” she said during a call with a 911 dispatcher. She later asked that the charges and a restraining order she filed against Zimmerman be dropped.

Based on his record, I don’t think it’s all that controversial to say that Zimmerman is a terrible gun owner with dangerously poor judgment. But because he was ultimately acquitted in the fatal shooting of Martin, an unarmed black teenager, and because he has never been convicted after an alleged domestic violence incident, he’s free to own and carry as many guns as he’d like.

According to Webster, there are only three states, Massachusetts, New York and New Jersey, that give police officers discretion in issuing permits to purchase handguns, even in cases when there is no felony or misdemeanor domestic violence conviction. If police feel that they have good reason to believe that the person poses a high risk to the public safety because, say, the person in question has multiple domestic violence arrests involving firearms, they can decline to issue the permit.

But that is the exception, not the norm. In Florida, there is no state law prohibiting people convicted of domestic violence misdemeanors from purchasing or possessing guns, but the Florida Department of Law Enforcement is required by law to “review available records in order to prevent domestic violence misdemeanants who are prohibited by federal law from possessing firearms from passing the background check required before purchase of a firearm at a licensed firearms dealer,” according to the Law Center to Prevent Gun Violence.

The public consensus on domestic offenders and gun policy is so clear, in fact, that the National Rifle Association has actually supported limited restrictions on the ability of stalkers and abusers to keep guns. State-level initiatives in Washington and Wisconsin have passed with the tacit support of the powerful gun lobby, and other states are following suit. But there are still many, many gaps in policy that keep dangerous firearms in the hands of dangerous men.

According to current data, more than 60 percent of women killed by a firearm in 2010 were murdered by a current or former intimate partner. The presence of a firearm during a domestic violence incident increases the likelihood of a homicide by 500 percent. “The way we have made laws related to gun possession, we have generally always given the benefit of the doubt to the gun owner rather than the public safety,” Webster explained. “A George Zimmerman kind of case is the classic example of this. He doesn’t fit a clear disqualifier, but you look at his record and you ask yourself, ‘Is it a good idea to let this guy have guns?’”