"I put the pills in the people": Why Tina and Amy's Cosby jokes were just what we needed

Their bit about Cosby was bold, brash, and refreshingly on-the-nose 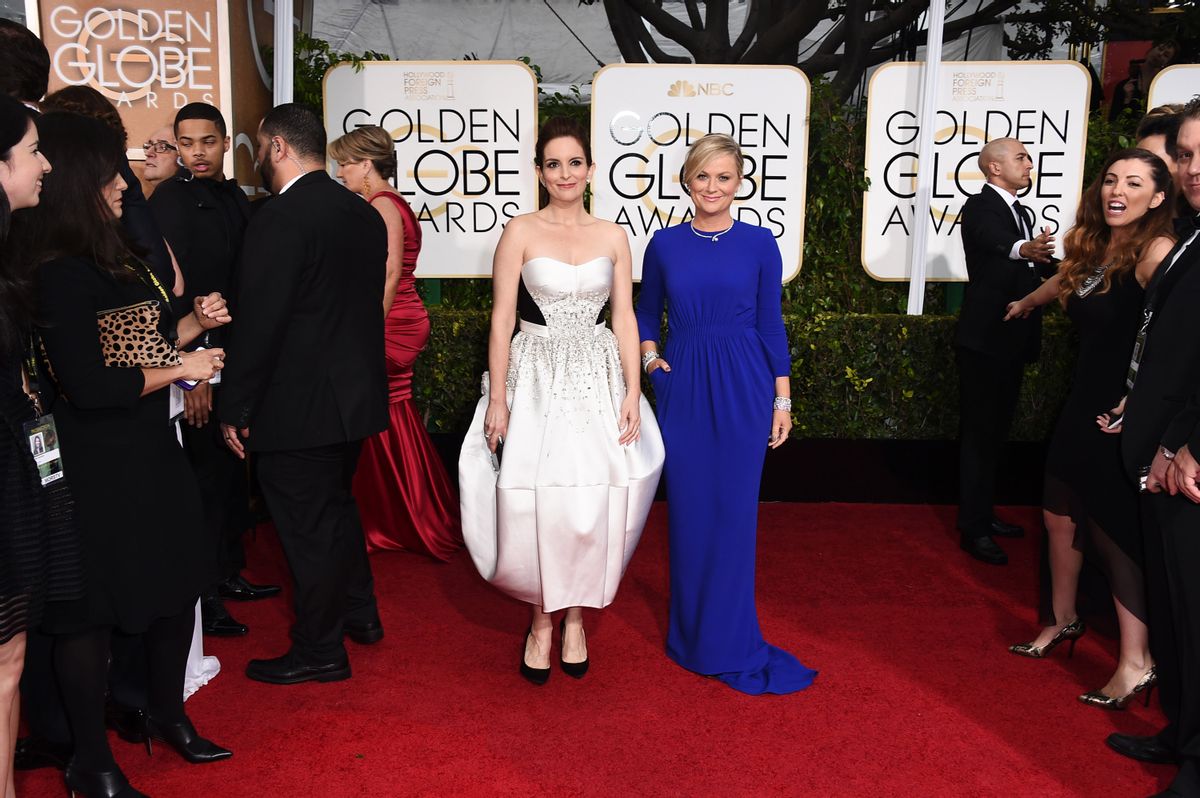 Nine minutes into the awards ceremony, during their opening monologue, hosts Amy Poehler and Tina Fey went there—finishing a long joke about Disney princesses with a punchline about Cosby. "… and Sleeping Beauty thought she was just getting coffee with Bill Cosby!” As evidenced by the reaction from the audience—a collection of “oooooh”s, more than raucous laughter—even for the most irreverent awards ceremony in Hollywood, it was almost, almost too soon. But not quite. The bit was hilarious and refreshing, and for an unfolding scandal that has felt unendingly terrible, it was also a long, long time coming.

The hosts followed up the line with an exchange that was supposed to be in Cosby's voice. Fey said, "Put the pills inthe people! The people did not want the pills in them!" Amy responded with: "That's not right! It's more like, 'I got the pills and the bathroom and I put 'em in the people!'" I could have done without both Fey and Poehler aping Cosby’s voice, to be honest, because it’s not nearly as cutting as their Sleeping Beauty line. But it also gave the audience a chance to catch up with them. Amy even briefly pretended to be above mimicking his voice—maybe because she was about to say something about his legacy—and then she just went for it, tooth and nail. It wasn’t mean-spirited so much as just two queens of comedy deciding that the man was fair game; you make this much of a mess, you’re going to get called out.

Fey and Poehler brought it home, too: NBC is the network that championed Cosby and took the initiative of canceling his upcoming project late last year when rape allegations began to surface (again). But Poehler and Fey are NBC’s stars, too—both actresses made their names on the network. And in calling out Cosby on live television on that same network—well, it’s bold, it’s brash, and it was basically the only way for comedians to handle such a sensitive topic.

Only comedians as skilled as Tina and Amy could have pulled off the balance of snark and righteous indignation that made the joke sing—and they coupled it with an opening that took a long look at the men in the room to discuss their desirability. They know exactly how far they can push a joke; exactly how much they can get away with. And they know when to stop, too. The Cosby bit didn’t pull in Phylicia Rashad, though it could have—her vocal intonation is just as distinctive as his.

The room was a bit taken aback, and maybe some of the audience will be, too. But Tina Fey and Amy Poehler are the best awards-show hosts in the business, and tonight is just more proof.