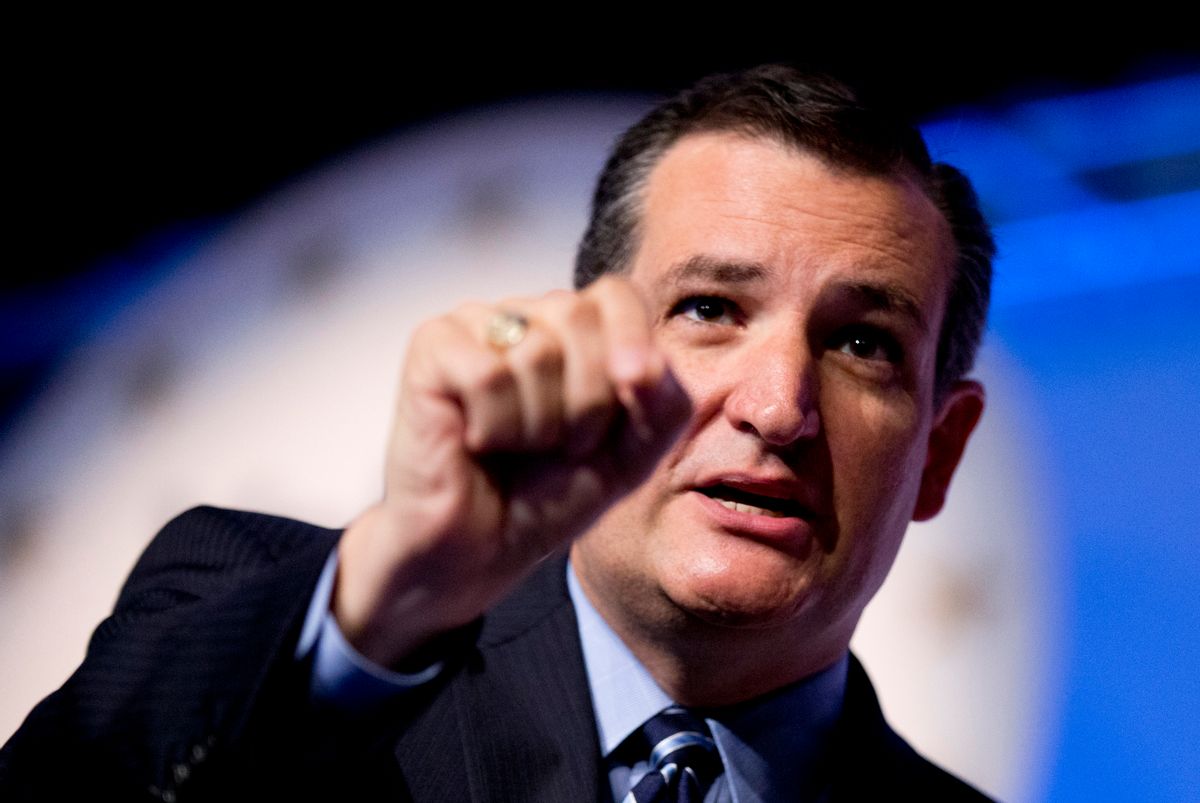 The Republican Senate shake-up has landed Sen. Ted Cruz at the helm of the Senate subcommittee on Space, Science, and Competitiveness.

Which means that, in effect, Cruz is now in charge of NASA.

The immediate problem with this, as many are pointing out, is that the Texas senator is not a huge fan of the space agency. While he maintains that it's "critical that the United States ensure its continued leadership in space," he attempted to slash NASA's funding in 2013.

Cruz also holds some pretty aggressively anti-science views; particularly his continued denial of the scientific consensus that man-made climate change is happening. NASA, alas, has been training its satellites and other monitoring equipment on Earth and our climate system, helping collect data on everything from sea level rise to air pollution to ice melt. The agency credits itself with helping the U.N. International Panel on Climate Change reach the conclusion that human-generated greenhouse gas emissions are likely responsible for the rise in global temperatures -- a phenomenon that Cruz still doesn't even acknowledge is happening.

Cruz is joined in his terrifying position of power by Florida Sen. Marco Rubio, who doesn't “believe that human activity is causing these dramatic changes to our climate” and who now heads up the subcommittee overseeing the National Oceanic and Atmospheric Administration (NOAA) and, of course, by Oklahoma Sen. James Inhofe, the most fervent climate denier ever to be put in charge of the Environmental Protection Agency, probably.