Tina and Amy played the word's best game of "would you rather" and, as promised, Cosby zingers were not off-limits 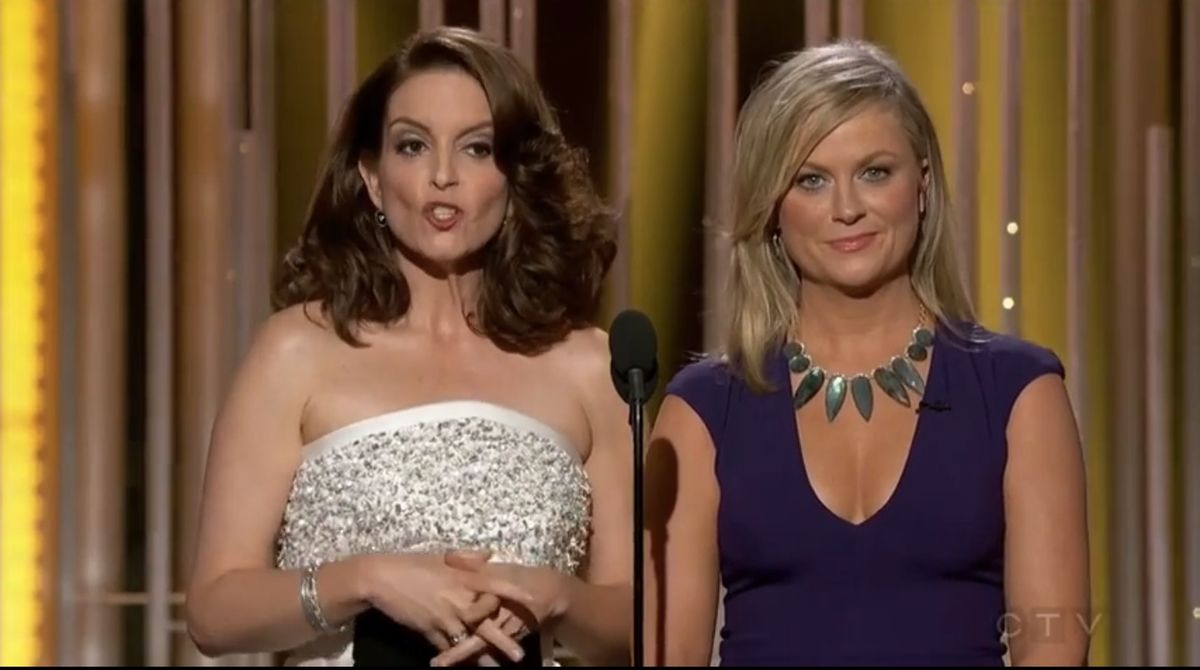 Tina and Amy are hosting the Golden Globes for the third and final time this year, and while it may be hard to recapture the magic of their first outing, they had some pretty sharp zingers up their sleeves, from riffing on the "Interview" fiasco to saying what we’ve all been thinking about Amal Clooney: "Amal is a human rights lawyer who worked on the Enron case, was an advisor to Kofi Annan regarding Syria and was selected for a three-person UN comission investigating rules of war violations in the Gaza strip. So tonight her husband is getting a lifetime achievment award." And, as promised, Cosby jokes were not off limits. Take a look: