On Sunday night, the media stood with Charlie 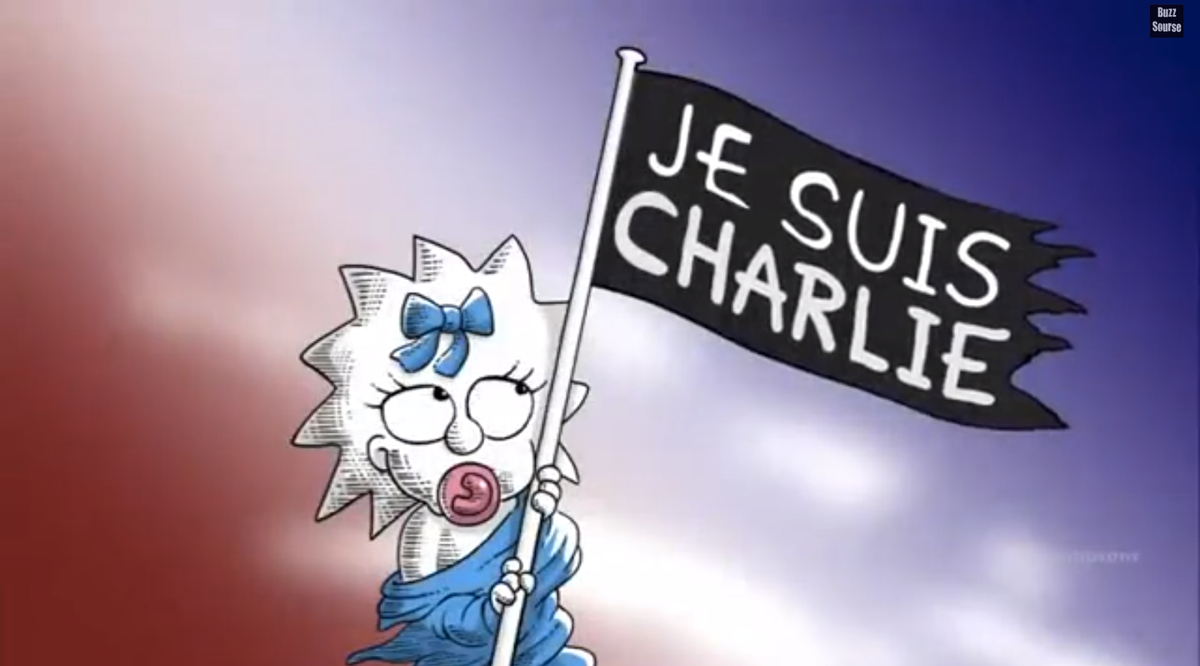 Sunday evening, most of the country tuned into the 72nd annual Golden Globes. The evening featured a few edgy jokes from hosts and goddesses Tina Fey and Amy Poehler, but mostly the type of stifled, safe "personality" that actors are known for. Some politically-inclined stars, including George Clooney, William H. Macy, Helen Mirren and Kathy Bates displayed their solidarity with French satirists killed in Paris with pins and signs reading, "Je Suis Charlie."

Meanwhile, Fox aired an episode of "The Simpsons" called "Bart's Best Friend," written by Judd Apatow almost a quarter of a century ago. At the end of the episode, the network flashed the below animation of baby Maggie standing in front of a red, white and blue background, holding a flag that reads, "Je Suis Charlie."