Yeah, another Brooklyn-centric comedy -- but Desiree Akhavan's klutzy, bisexual Iranian heroine is worth the trip 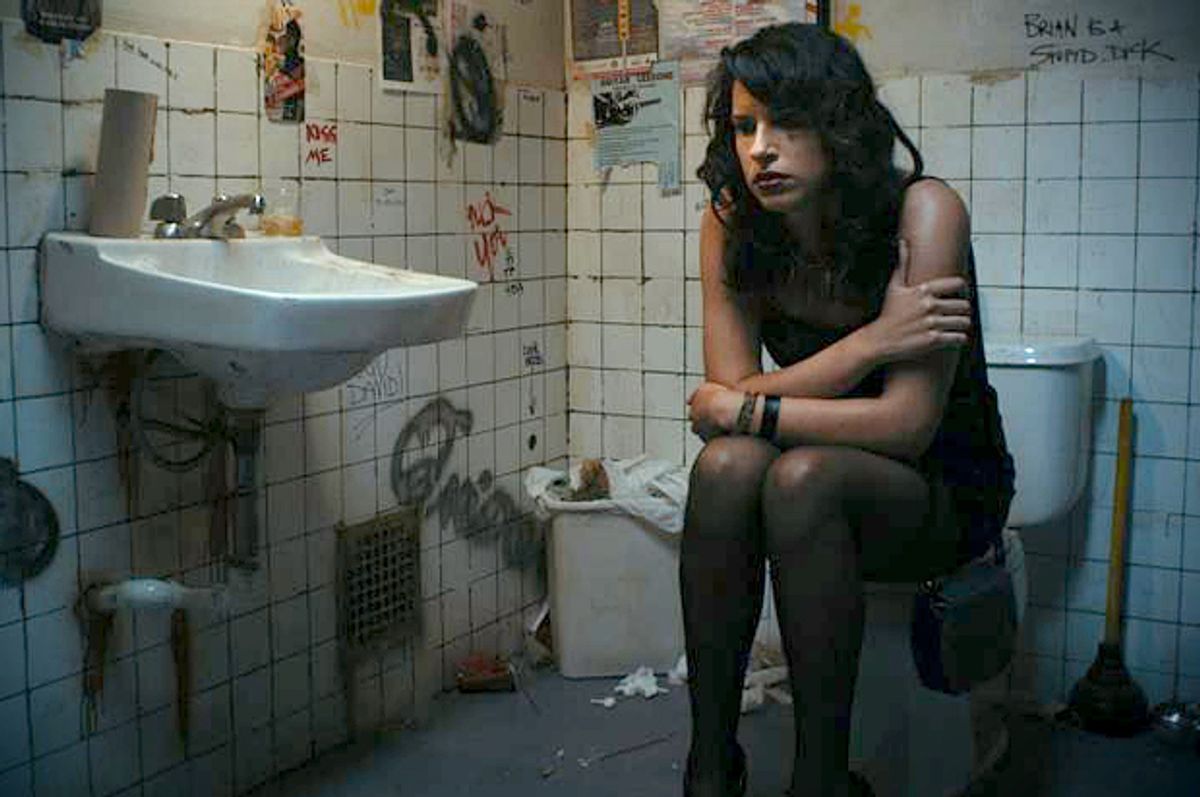 Desiree Akhavan is an incoming cast member on the new season of “Girls,” and if you check out her wistful, compact and drily amusing low-budget feature “Appropriate Behavior,” you’ll see why. (It premiered last year at Sundance, and sneaks into limited theatrical release this week.) You can read that any way you like – but I mostly intend it as a compliment. Cynical observers will no doubt proclaim that casting an Iranian-American woman gives Lena Dunham a chance to deflect the racial-political criticism of her show, and also that “Appropriate Behavior” is a Dunham-flavored “Girls” knockoff. Both things can be a little bit true without explaining everything: In fact, Akhavan turns out to be a distinctive and oddly charismatic performer with exquisite comic timing.

Yes, this is yet another independent film set amid the liberal-arts graduates and pseudo-sophisticates of 21st-century Brooklyn, and if that premise and that location cause you to gnash your wrists open in agony, simply give “Appropriate Behavior” a pass. Sometimes you can feel Akhavan – who wrote and directed this movie, as well as playing the protagonist – pushing just a little bit too hard. I laughed when her self-tortured character, Shirin, introduces her bearded and tattooed date to her ex-girlfriend by saying, “Jon is known all over Bushwick for his voguing,” but that definitely feels like pilfered Dunham dialogue. Generally speaking, though, Shirin makes an appealing Virgil guiding us through this exotic realm. She’s a robust, tomboyish misfit trapped halfway between the post-collegiate sexual and aesthetic mores of her current surroundings and the suburban New Jersey world of her middle-class immigrant parents. (With the emergence of Akhavan and Ana Lily Amirpour of "A Girl Walks Home Alone at Night," are we having an Iranian-American female artistic moment?)

After breaking up with the aforementioned girlfriend, Maxine (Rebecca Henderson), Shirin tries to convince her best friend, Crystal (Hailey Feiffer), that she’s “dead inside.” But Shirin is slightly too intelligent, and too self-regarding, to pull off that kind of melodrama, and we can see her observing her own ridiculous behavior and offering internal commentary. Shirin has read the guidebook on How to Be Cool, but cannot quite internalize its commandments; when she first meets Maxine on the stoop of a brownstone during a New Year’s Eve party, Shirin tells her, “I love dykes,” and then stumbles to assure her that since she’s bisexual she can use that word. (No, Maxine assures her; she can’t.) Shirin is surrounded by people who evince a certainty they quite likely don’t really feel, whether about their sexuality, their political causes or their bogus art projects. She thinks she’s less grown up than all of them because she finds herself coming at all those things awkwardly and self-consciously. From outside, we may view the equation quite differently.

If Akhavan’s filmmaking is absolutely shaped by the Lena Dunham pop-culture moment, “Appropriate Behavior” is largely free of the abrasive and grotesque caricatures sometimes found in “Girls.” Since the main character mostly sleeps with women, it’s also not much driven by the bizarre sexual appetites of men or the masochistic behavior of straight women. For a comedy that includes several good laughs, the dominant emotional note of “Appropriate Behavior” is sadness, and Akhavan’s best scenes are delivered with near-zero farcical intention. When Shirin allows herself to get picked up by a stylish hetero couple for a latex-themed three-way play session, it’s pretty hot at first – and then you feel her gradually slipping out of the moment until she’s lost in her own head, and no longer interested in her two handsome partners “that way.”

Similarly, even though Maxine describes the Persian New Year party hosted by Shirin’s family, with its overly lavish decorations and overdressed women, as “Liberace’s wet dream,” that’s because Maxine is kind of a self-important ass. (Who is understandably angry because Shirin hasn’t come out to her family, even though she’s living with Maxine in a one-bedroom apartment, with one bed.) Shirin knows she can’t hold onto the Old World artificiality of her parents’ generation, but she feels that loss acutely. In 21st-century Brooklyn-political terms, we’re supposed to see Shirin’s refusal to come out as an act of cowardice. It’s that too, but Akhavan also makes us feel that Shirin’s willingness to allow her parents their circumlocutions and obfuscations – they know without knowing, accept without discussion, tell themselves lies they know to be lies – is in its own peculiar way an act of generosity. If this is a familiar kind of film with a familiar setting and a familiar resolution, that intense delicacy makes it clear that its creator is an unusual talent.